An Exhibition Curated by Kembra Pfahler

In a poisoned, jaded world, this show is a limitless panacea. Samoa’s vocabulary is so innately understandable by anyone with a heart that still beats. And loved by those of us who understand that art and music and performance can create change, rather than just swell our pockets or decorate our rooms. It’s art that serves a purpose, and Samoa’s work does just that—one show at a time.  —Kembra Pfahler

Howl! Happening is pleased to present Candy Coated Evil, a solo exhibition by the multifaceted Samoa, curated by artist and performer Kembra Pfahler. The exhibition encompasses the full range of Samoa’s diverse art forms—an installation recreating his now-legendary Candy Coated Evil store, which opened in 1996 within East Village landmark The Pink Pony; costumes and props from his performances and music groups; and paintings that capture his deep experience of living in New York City.

A major element of the artist’s show are live events—performances by Samoa and Kembra Pfahler, as well as a panel discussion, and an evening of video and film. (See dates below.)

Born in Hiroshima, Japan, he formed his first rock band, Johnny, while still in high school and curated numerous music events before moving to Tokyo, where he acted in underground theater and TV dramas. Doing extreme performance in Tokyo in the late 70s, he invented his name—imagining Samoa as an idyllic paradise where he’d someday live. It was in Japan that he began creating his flamboyant costumes. He won a grand prize in 1978 at a popular disco in Tokyo, dressed as a large can of roach spray while surrounded by a coterie of friends in cockroach costumes. He moved to New York in 1980.

In the Candy Coated Evil exhibition, Samoa constructs his experiences of coming to the dystopic landscape of the Lower East Side. As Pfahler puts it, he’s “a heroic artist and immigrant without the word ‘fear’ in his vocabulary.” The complex emotions he expresses about this experience can be seen throughout his work.

Radical and outrageous, he has been an active participant in extreme alternative interdisciplinary art culture for decades. He was one of the first performers at the Pyramid Cocktail Lounge—where he learned English by performing with friends Tanya Ransom and Frederic, and watching early performances by legends like Ethyl Eichelberger and John Sex—a first wave of punk performance heroes that are historicized widely in the art world today. He stood out singing and playing his original music on his signature Gibson guitar at Wigstock in the early 80s; in 1984, his rock opera, Under the Bad Star, premiered at La MaMa. The opera featured his over-the-top sets and costumes; the backing band included members of the alternative post-punk band Jawbreaker. Many of his wildly eccentric costumes and other DIY artifacts from this period will be on display.

In 1990—with Pfahler—he founded the legendary theatrical shock rock band The Voluptuous Horror of Karen Black. Samoa was responsible for writing all the music for the band, which continues to wreak havoc wherever they perform today. As much a theatrical troupe as a band, New York’s TVHKB (named in homage to the B-movie scream queen) mixes their punk roots with elements of vaudeville, psychotronic films, and futuristic burlesque to arrive at their signature identity.

In his paintings, the subjects he chooses to portray—James Baldwin, Nina Simone, First Nation Chief Wolf Robe, Ken Takakura (a Yakuza movie star), and many more—draw attention to racial and social issues in vivid color, with bold images that capture the hopes, fears, wonder, and pain of his American experience.

In curator Pfahler’s words: “The oddness that emerges…his particular type of rage at the injustice that inhabits our world sneaks beautifully into every crevice of his canvases. Not unlike his songwriting and costume making…it’s all Samoa…part prophetic soothsaying and part gilded advertisement for a new world….” 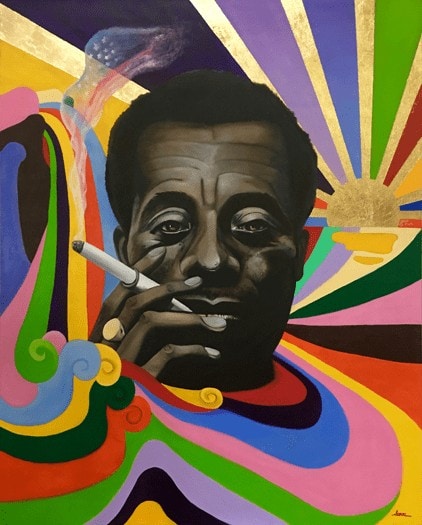 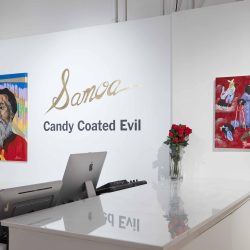 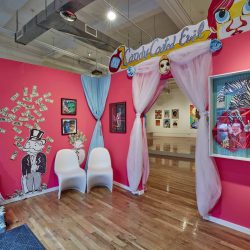 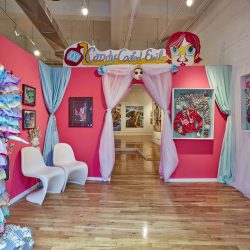 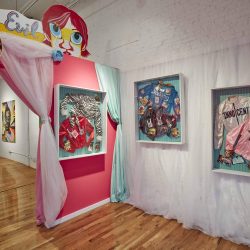 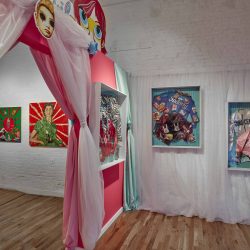 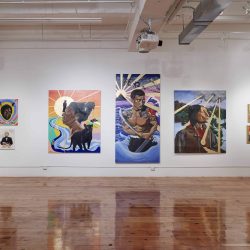 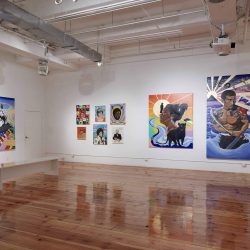 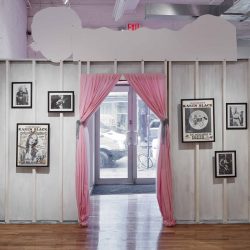 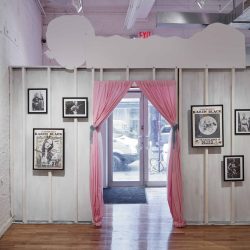 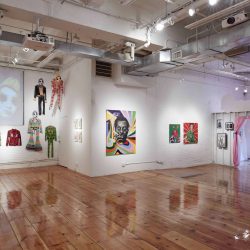 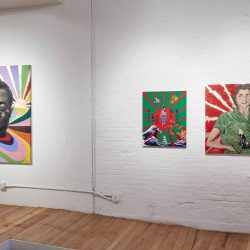 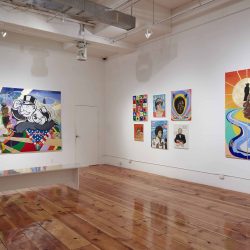 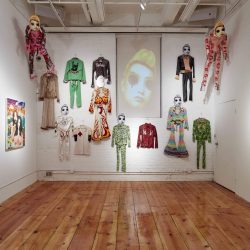 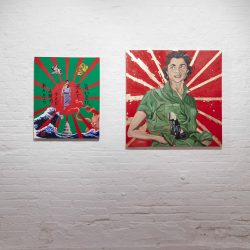 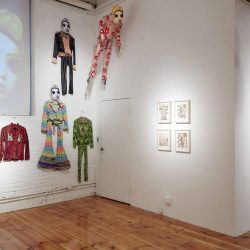 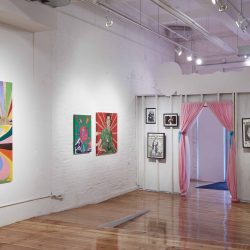 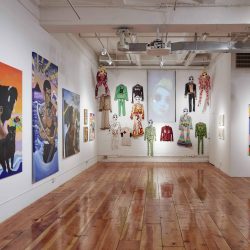 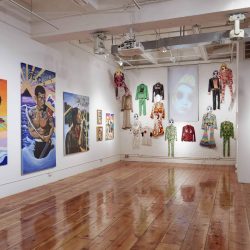 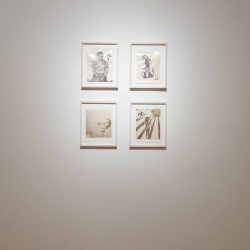