In conjunction with his exhibition Candy Coated Evil, Samoa brings The Lonely Samoans, his off-beat country band, to perform live at Howl! Happening. Why country music, you ask? “It is a perfect vehicle to express the daily struggle and despair of a poor American life like mine,” says Samoa. “Also, country music could use a little yellow blood,” he adds. The performance illustrates important aspects of Samoa’s exhibition: the intersection of performance and social commentary in his work, and his very particular take on American cultural institutions and icons as seen through the eyes of an outsider.

Samoa was born in a tiny fishing village in Hiroshima, Japan, with a wandering soul. While watching the moon landing on TV, he promised himself he would one day seek opportunity in the land of the free—America. Along the way, he discovered that in this land the rich get richer and the poor get poorer, while independent ideas and colorful cultures are replaced by corporate logos. “It was time to make a stand for myself,” Samoa says. He carefully assembled top-notch musicians to stand up and fight back.

The Lonely Samoans deliver their unique take on modern country music—heavy-handed political messages delivered in a barely comprehensible accent—with bits of love and heartbreak and a hilarious sense of humor. 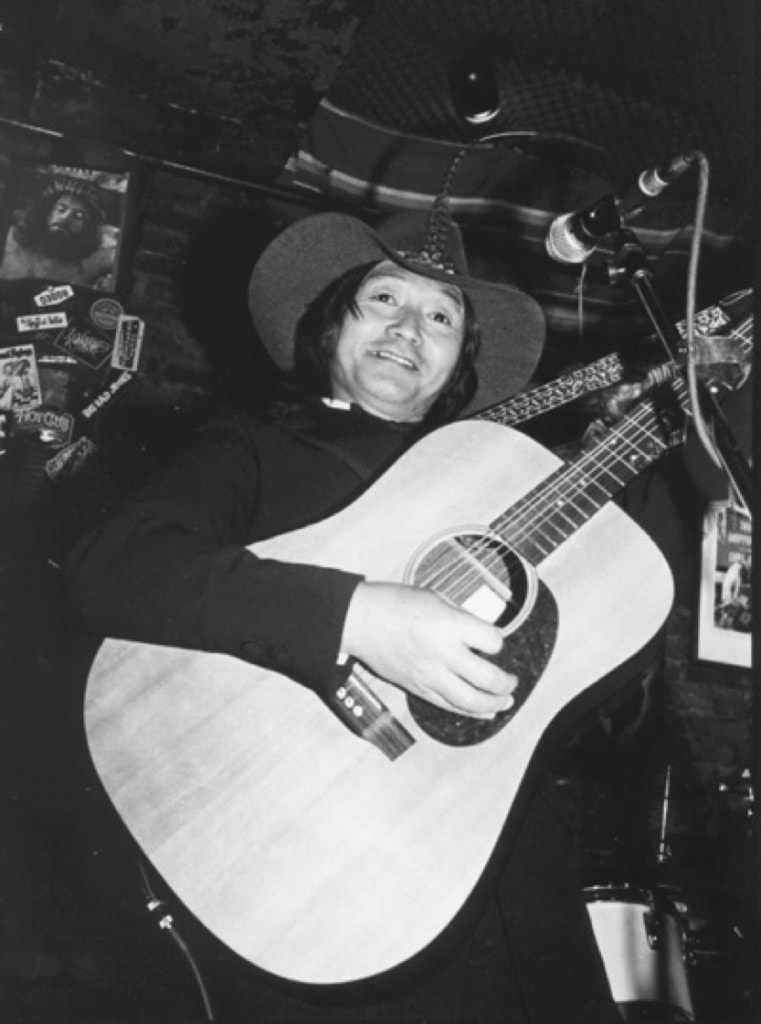