Samoa and Kembra Pfahler Living Will

Samoa and Kembra Pfahler Living Will

An Evening of Performances

Living Will brings Samoa and Kembra together to present their “unbrandable brand of performance”—sharing stories and surprising new identities and characters with memorable gravity—while remaining uniquely and inimitably themselves! Samoa and Kembra first met and performed together in the early 80’s at the Pyramid, Danceteria, Limbo, ABC No Rio, and other legendary clubs.

To celebrate the opening of Samoa’s exhibition Candy Coated Evil, the artist will present Pornocchio 2017, an updated version of a piece he performed throughout the 80s and 90s on the club circuit. A strange and disturbing tale of love between Diet Pepsi and a little doll called Linda, Pornocchio showcases Samoa’s multivalent talents.

Kembra revises Ghost Having a Ghost, her first performance at ABC No Rio. She will also perform two classic numbers—Bowling Ball Piece and 917-803-7178. The costumes, music, and props for these pieces were all created by Samoa and Kembra.

For the climax of this epic night, the two will present Living Will, a piece that delivers the surprise and shock that Karen Black enthusiasts crave, with new text by Kembra, and music and props by Samoa. As the title suggests, the finale is a moving, poignant, and poetic rumination on life and death. Not to be missed! 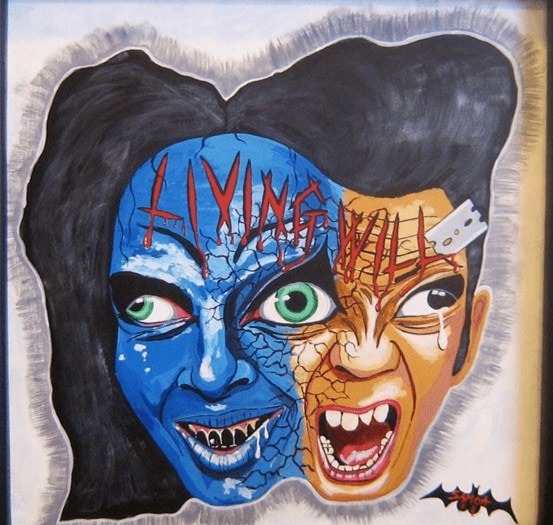