Samoa and curator Kembra Pfahler host an evening of films in conjunction with Candy Coated Evil, including Samoa’s shorts My Way to Hell and Until the Day I Die, as well as performance videos from the 80s and music videos by their band The Voluptuous Horror of Karen Black.

My Way to Hell is the story of a character named Karen, who is obsessed with fame and tries to lead her band into stardom—but the band members have no intention to follow her wishes. Brokenhearted, she goes into a dark depression. The film features trans star Jack Curious, Samoa, Kari Krome, Walter Cassidy III, Amanda Pollock, Dick Manitoba, and Kembra.

Until the Day I Die is the story of a female Jesus rising against an evil dot com CEO, who wants to control the world by forcing commercial power upon civilians while the corporate media and puppet politicians are blindfolding the public. Jesus fights back with special powers, recruiting people for massive anti-corporate demonstrations. The battle beings…but is there any hope for saving humanity? The film stars Leslie Matuko Molson, Jim Graham, and Dave Buchwald.

The music video program features “Mr. Corporation” by The Lonely Samoans. Samoa describes this number as “the hit country song” from the band’s first album Here Come the Lonely Samoans, which addresses the hypocritical existence of young professionals in a corporate world.

The evening will also include a screening of music videos by The Voluptuous Horror of Karen Black, including the rare “Chopsley Rabid Bikini Model”, a video clip filmed in the late 90s when the band toured with The Cramps and Alice Cooper and opened a stadium show in Las Vegas. When Academy Award-nominated director Simeon Soffer caught wind of the buzz, he offered to meet the band in Vegas to make a video.

For the filming, Simeon rented a $25-an-hour helicopter: Kembra and Samoa got dressed up and held on to dear life, flying around filming the other band members. The video is high-caliber Karen Black—strange couture classic rock, with Samoa donning his Candy Coated Evil designs. An alternate version of the video, made for MTV Europe, will also be shown. This iteration features a handcrafted set by Ned Ambler, and Samoa in more amazing Candy Coated Evil outfits, playing a futuristic robot-musician who plugs electric guitar chords into his own flesh while Kembra freestyles directional, non-melodic vocals.

“Mr. Twilight”, TVHOKB’s first video, will also be projected. Directed by the legendary Steve Daughton, the clip employs his self-taught color modification techniques, which later on became a paradigm in low-tech video making. Michael Wilson, the “Tattoo Man”, appears in the video alongside Kembra and Samoa. Wilson was a part of The Voluptuous Horror throughout the 90s, and has since passed on due to complications with diabetes. 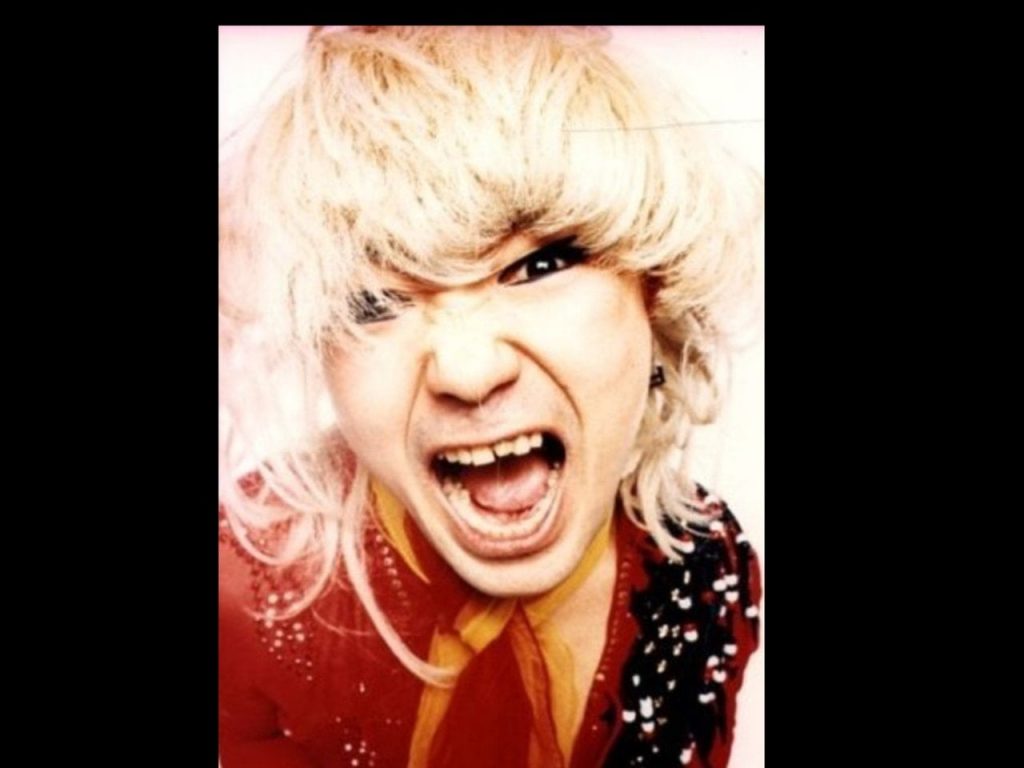