In the morning and through the afternoon, Howl! showcases a selection of short films created by, for, and about Allen and the Beats. Rarely or never-before-seen videos and films from archives around the country transmit the electricity and impact of the poets in the unfolding moment.
10 AM: An Elegy For Allen Ginsberg
11 AM: A Poet on the Lower East Side
12.30 PM: Ginsberg’s Karma introduced by Ram Devineni
1 PM: Ferlinghetti introduced by Chris Felver
2 PM: Abstract Alchemist of Flesh introduced by Michael McClure
3.30 PM: Wholly Communion, Live at the Royal Albert Hall
4.30 PM: Pull My Daisy introduced by David Amram

6.30 PM: Michael McClure and Bob Holman: Appaloosa Deck
Holman and McClure create a spontaneous performance from the Appaloosa Deck, four decks of 32 cards handmade by McClure. The performance celebrates a  series of collaborative prints created by McClure and the artist Amy Evans McClure that marries words and images by the husband and wife team.

7 PM: But Perhaps Something Nice Will Happen Anyway
A Reading of Works by Jane Bowles directed by JoAnne Akalaitis
I feel that I have done everything, absolutely everything wrong, but perhaps something nice will happen anyway. —Jane Bowles
The evening of readings selected and directed by JoAnne Akalaitis, brings to life this distinctly American impressionist visionary and her literary landscape populated by a mostly female cast of eccentric, lonely, quirky, funny, and often drunk characters. She was living in Tangier with her husband Paul when the Beats invaded and Burroughs wrote Naked Lunch. More than a footnote in canon of literature, she has been extolled by John Ashbery as “a writer’s writer” and by Tennessee Williams as the “most underrated writer in American literature.” Akalaitis was the co-founder of Mabou Mines and has staged works from Euripides to Beckett, including Jane Bowles only play In the Summer House at Lincoln Center Theater.
Actors Elizabeth Marvel, Karen Kandel, Angelina Impellizerri give voice to the Infinite juiciness and variety of her words and characters.

9 PM: Bob Holman and Mink Stole star in 33 & 1/3 Cornelia Street
Staged Reading of a New Play by Alvin Eng
Alternating between Bohemian Greenwich Village and a 70s Women’s Studies lecture by accidental feminist icon and painter Alice Neel, 33 & 1/3 CORNELIA STREET dramatizes the conflicts of spiritual vs. commercial ownership of art and personal stories. The play explores the conjoined legacy of urban legend/proto-Beat poet Joe Gould and celebrated The New Yorker journalist Joseph Mitchell through the vortex of Neel’s groundbreaking 1933 portrait of Gould. Mitchell immortalized Gould in a 1942 The New Yorker profile for writing the longest book ever written and the first oral history—or did he? Later, Mitchell published a second profile, “Joe Gould’s Secret,” claiming Gould’s opus to be a hoax…or was it?
Joe Gould will be played by poet Bob Holman, Bowery Poetry founder and PBS Language Matters host. Alice Neel will be played by the legendary Mink Stole, featured in all of John Waters films. The cast will also feature Matthew Maguire as Joseph Mitchell, Carlo Fiorletta as Minetta Tavern Bartender, Paul Gigante as Ken Doolittle and Lulu Fogarty as Younger Alice Neel.
About Alvin Eng. 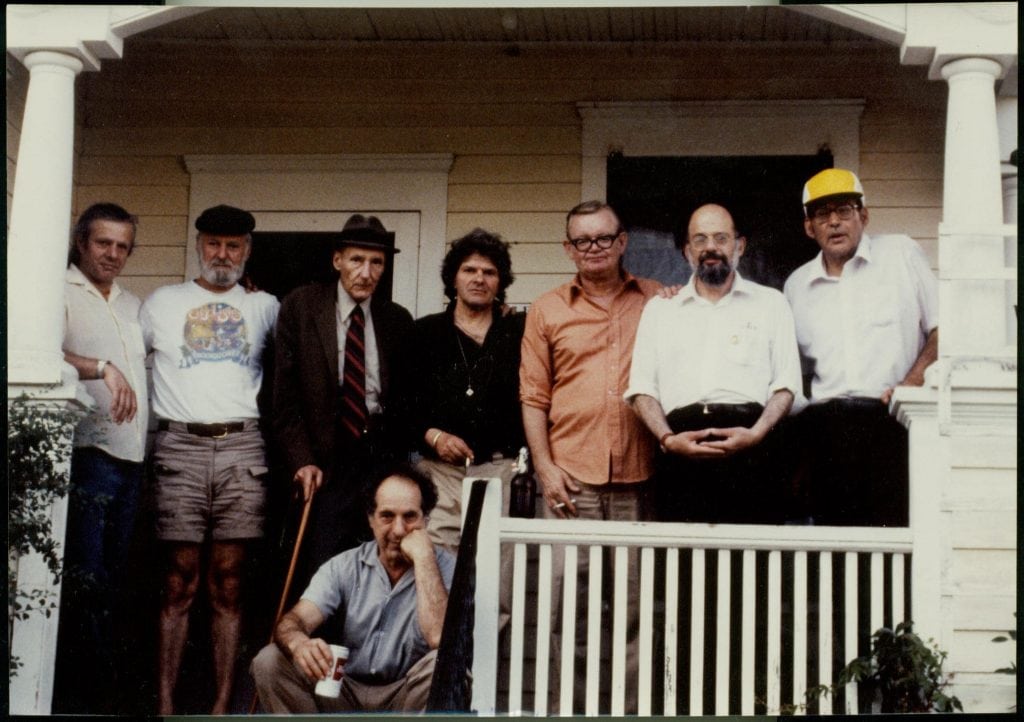