Andrew Castrucci is an artist who has contended with this magical, mysterious and often menacing space called Manhattan for over four decades… Castrucci is a portrait painter of the city we all love, who captures its primal essence not as a matter of realistic representation, but as a psychological study of the great ambivalence at the heart of this experience of living here. —Carlo McCormick

Howl! Happening is pleased to announce an exhibition that pays tribute to Bullet Space and Andrew Castrucci—framed around the artist’s 36-year tenure leading the unique community space, and two mammoth artists’ books he produced with a myriad of collaborators: Your House is Mine (1988–1992) and Fracktured Lives (2010–2020). Threaded throughout are other artifacts including his paintings on steel as well as silk screens from the two books; newspapers; and ephemera produced between 1985 to the present. The exhibition is curated by Carlo McCormick and Alexandra Rojas and will be accompanied by a catalog with essays by McCormick and Tom McGlynn.

“When painting on scraps of metal, Castrucci evokes a temporal uncertainty that debilitates the monumentality at hand,” says McCormick. “It is heavy metal played with the volume off, hardcore slowed down to a waltz.”

On view will be the full range of Castrucci’s work—his signature paintings on metal, like the rude algae of time; paintings that channel his lifelong love for fishing; and other works that emphasize art-making beyond decoration. Rooted in community, the show also presents Castrucci’s collaborations with John Fekner—including the large stenciled works We the People and NY is OK—and pieces created with NOC 167, Tracy 168, Nadia Coen, Lee Quiñones, Alexandra Rojas, and Renzo Castrucci. “Art sometimes becomes a necessity,” says Castrucci, “and art as life is a necessary form of resistance.”

Your House is Mine by Castrucci and Nadia Coen is an oversized artists’ book with 33 signed silk-screen prints. A collection of images and texts defining and expressing the broad and essential issue of housing on the Lower East Side, the work as a whole creates a statement about the force of “art as a means of resistance.” The book is critical of the status quo. Provoking or inciting the public, it offers objective statements or alternative solutions to authoritative city planning.

An amazing array of groundbreaking artists worked with Castrucci to make silk screens for the book, including David Wojnarowicz, Martin Wong, Lady Pink, and Lee Quiñones. From each silk screen, 150 prints were made to be wheat-pasted on city walls, and 150 were printed on 50-pound Mohawk vellum for Your House is Mine, which was designed by Castrucci, his brother Paul, and Coen. The book also presents contributions from figures like Miguel Algarín, Chris Burden, Martha Cooper, Daze, John Farris, Allen Ginsberg, David Hammons, Hettie Jones, Cookie Mueller, Public Enemy, Adam Purple, Bimbo Rivas, and Andrés Serrano.

Fracktured Lives is a massive 25-pound book, bound in sheet metal, which comprehensively takes on the subject of fracking. The project was created to protest and ultimately ban this polluting practice that forcibly extracts natural gas.

Deploying a range of aesthetics between high and lowbrow art forms, the posters and the ideas behind them were collectively brainstormed and came to fruition at the School of Visual Arts in New York City, where Castrucci and his students started the Dirty Graphics collective.

Located at East Third Street in Loisaida, Bullet Space is an act of resistance, a community-access center for images, words, and sounds of the neighborhood. Founded in the winter of 1985, it was part of the squatter movement and reconstructed with or without the formal sanction of the city—invisible officialdom. The ground floor of the building is open—like a bulletin. “Bullet” first originated from the name-brand of heroin sold on the block—which was known as the “bullet block”—encompassing the accepted American ethic of violence. “Bullet Americana” is art form as weaponry.

Andrew Castrucci was born in 1961 and raised in the proximity of West Hoboken and Cliffside Park, spanning New Jersey’s industrial expanses of the lower Hudson River.

From 1984–86, he ran the A&P Gallery with his brother Paul. In 1986, Castrucci co-founded Bullet Space, an urban artist collaborative. Creating a print shop there, he was instrumental in producing over 10,000 silk screen posters by a wide range of artists, writers, and thinkers. Castrucci curates shows and publishes artist’s books, most recently the Bulletin newspaper edition #10, and Shoot the Pump, co-curated with Lee Quiñones and Alexandra Rojas.

Castrucci co-published the Your House is Mine 1988–92 book and poster project, which has been hailed as one of the most important artist’s book editions of the 20th century by Marvin Taylor, head of the Fales Library collection of New York University. He also published Fracktured Lives, a 10-year project dealing with hydro fracking in upstate New York and its global impact.

For 20 years (1986–2006), he ran artist workshops through Healing Arts Initiative (HAI) at Wards Island, the Fort Washington Men’s Shelter, a Rockland County juvenile detention center, and a correctional facility in the Bronx where he discovered the now well-known artist Melvin Way.

Castrucci has been working on a film, The River Speaks: Urban Angling in the East River, where life becomes art. His other films include Struck by the Hand (2000), The Resistance of Memory (2005), America Berserk (2008), and Ninety Degrees North (2018).

In 1997, in collaboration with his students at the School of Visual Arts Printshop, he started the collective Dirty Graphics, which continues to this day, having printed thousands of silk screen posters.

Castrucci’s work is included in the collections of the Museum of Modern Art, Whitney Museum, and Metropolitan Museum of Art in New York; State Museum of Berlin; Stedelijk Museum in the Netherlands; and the Library of Congress Rare Books and Special Collections Division in Washington, D.C.; among others. 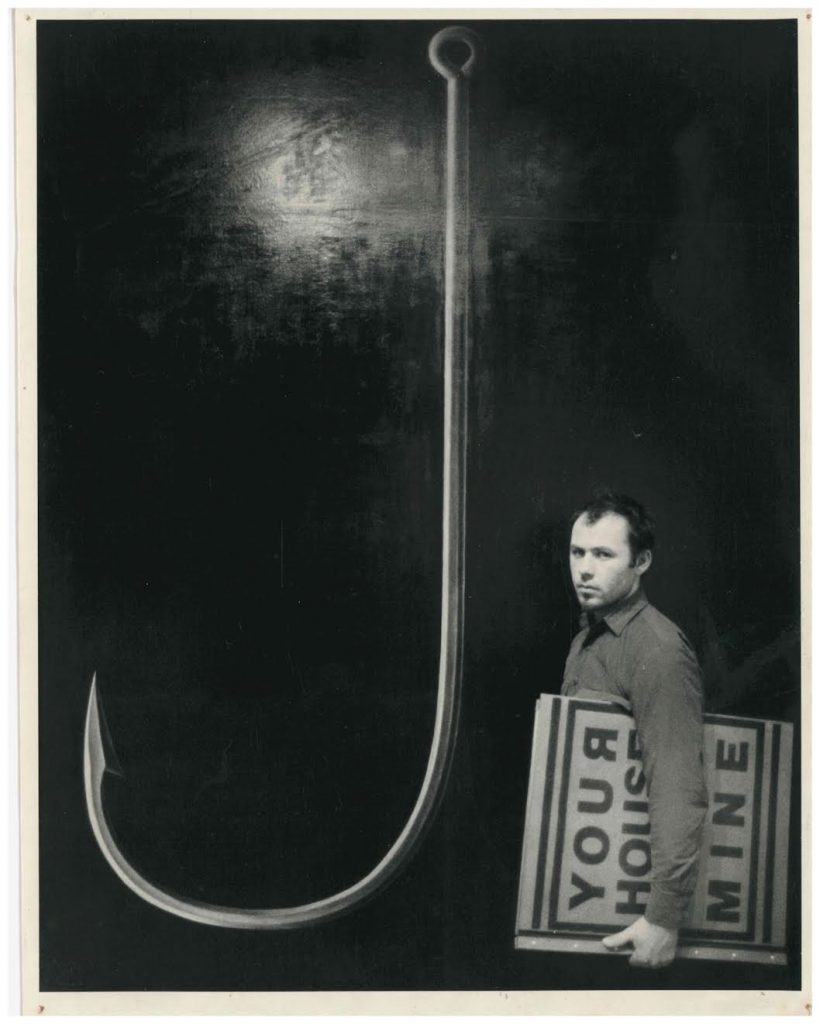 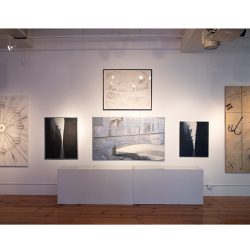 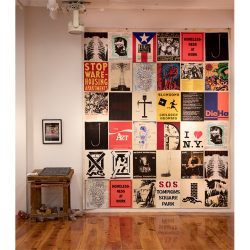 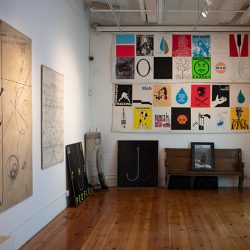 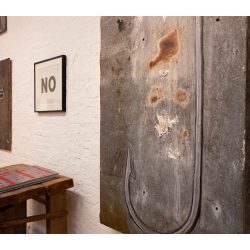 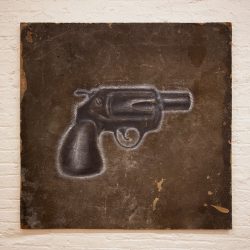