Howl! Happening is pleased to present an evening of films in conjunction with the exhibition Andrew Castrucci: 36 Years at Bullet Space. The event will present a selection of films created over the last 20 years by Castrucci, his collaborators Dave Fasano and Kevin R. Frech, and Italo Zamboni—an alias of Castrucci’s.

The artist was born in 1961 and raised in the proximity of West Hoboken and Cliffside Park, spanning New Jersey’s industrial expanses of the lower Hudson River. From 1984–86, he ran the A&P Gallery with his brother Paul. In 1986, Castrucci co-founded Bullet Space, an urban artist collaborative. Creating a print shop there, he was instrumental in producing over 10,000 silk-screen posters by a wide range of artists, writers, and thinkers.

He has been working on a film, The River Speaks: Urban Angling in the East River, where life becomes art. His other films include Struck by the Hand (2000) and The Resistance of Memory (2005). 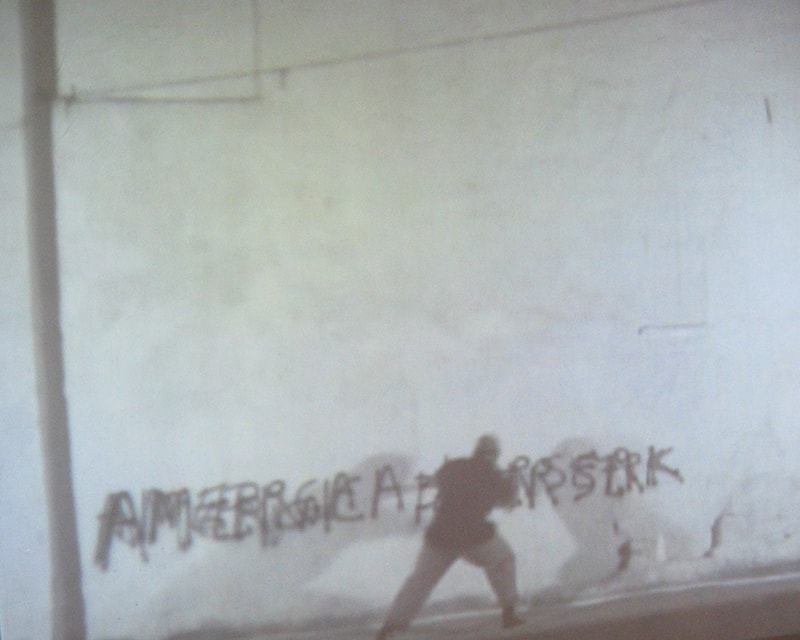