Howl! Happening: An Arturo Vega Project is pleased to present Time Frame, a selection of sculptures and photographs by artist Masao Gozu. Born in Japan in 1946, Gozu moved to New York in 1970 to attend the Brooklyn Museum Art School, where he began an artistic practice of structuring a body of work over time that literally “frames” the people and architecture of downtown New York.

From 1971–1990, Gozu single-mindedly photographed New York City residents in their tenement apartment windows. An unsung gem of urban documentary, the Windows series is evocative of the work of Robert Frank, Berenice Abbott, and Garry Winogrand in its penetrating look at a segment of American culture, specifically portraits of the denizens of the Lower East Side.

Actively soliciting attention or simply captured musing in the frame, his subjects are the focus of his humanist exploration. The architecture of the building facades gives these portraits a carefully considered perspective and compositional harmony. As Gozu says, “For me the window is a mirror, a mirror in which I see myself through time.”

So interested has Gozu been in the material and spatial qualities of these windows, that he went on to produce large scale sculptural representations of them—many on view at the gallery. An evolving aspect of the same aesthetic as the Windows series, he has taken the idea one step further, making full-size windows themselves the subject of a series. These monumental sculptures are created from the brick facades and window frames of demolished buildings. Bringing the city’s vanishing neighborhoods into the gallery, this scavenged and reconstituted detritus spotlights the site-specific nature of his work.

Serial imagery, time, and spatial exploration are at the core of Gozu’s aesthetic—a common link in his commentary on life in the city. His Harry’s Bar photographs are like a time lapse “moving picture,” tracing the fluorescence and decay of one specific neighborhood landmark. Through serial images of the front window, we watch the passage of time—plants appear and then die; barflies come and go; an improvised attempt to change Harry’s to Harold’s signals a change in ownership; and a “Going Out of Business” sign, the bar’s demise, is the final visual echo, concluding the story of one place that stands in for the loss and gentrification of the city. 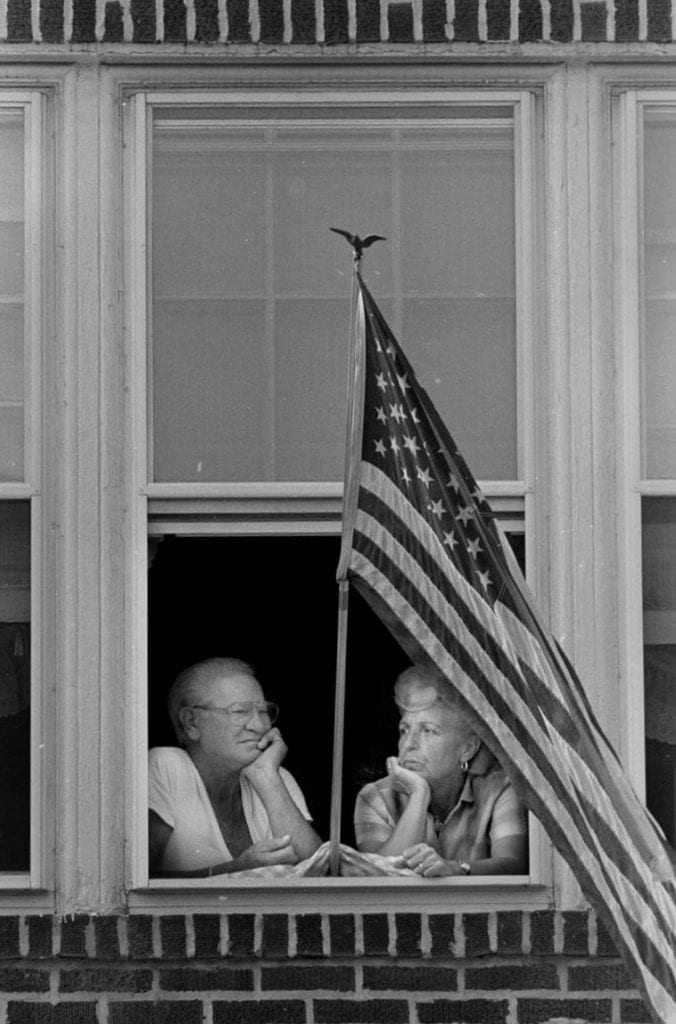