East-West: Celebrating 50 Years of Beyond Baroque

WINTER WEATER: THE GALLERY IS CLOSED TODAY DUE TO INCLEMENT WEATHER AND TONIGHT’S EVENT HAS BEEN POSTPONED FOR LATER THIS SPRING. WE APOLOGIZE FOR ANY INCONVENIENCE.

Happy Birthday, Beyond Baroque! Join Howl! Happening in celebrating a half-century of art and poetry with a gathering of East-West performers paying tribute to the rich mix of literary tradition, commitment to emerging artists, and community-building that Beyond Baroque represents. Founded as a magazine by poet George Drury Smith in the waning days of the Beats, Beyond Baroque is one of the nation’s most influential grassroots incubators of the literary arts, contributing to the early development of Tom Waits, Wanda Coleman, the artist Mike Kelley, the seminal punk band X, actor Viggo Mortensen, and many others. Allen Ginsberg, Amiri Baraka, Raymond Carver, and Patti Smith are some of the literary luminaries who have passed through.

Beyond Baroque enjoys a distinguished history of reaching out to diverse groups in and out of Los Angeles and offers a fascinating variety of literary and arts programming, including readings by poets and touring authors, free writing workshops, art exhibits, and youth education. So many of us have experienced their warm welcome on the West Coast, and we are honored to return the hospitality. We look forward to another 50 years of cutting edge poetry, literature, and art. Richard Modiano, Jon Hess, Amber Tamblyn, Bob Holman, C. Bain, Mahogany L. Browne, and David Tomas Martinez bring their brilliance and dedication to the party

C. Bain is a gender-liminal writer-performer. His full-length poetry collection, Debridement, was a finalist for the 2016 Publishing Triangle Awards. He currently works to create beautiful, interdisciplinary, intersectional performance texts via Tiresias Projekt. tiresiasprojekt.com

Jon Hess has been a creative force as a director, producer, and writer for nearly two decades. Jon teaches directing and producing workshops as director-in-residence at Emerson College Los Angeles Center. He also leads screenwriting seminars and workshops and has a Master’s Degree in Creative Writing from Antioch University.

Bob Holman, founder of the Bowery Poetry Club, recorded his Mouth Almighty album In With the Out Crowd at Beyond Baroque, celebrated his 60th birthday there 10 years ago, and generally considers it his bicoastal bohío (that means “hut” in Nuyorican). He taught at Princeton last semester and is just back from the International Kolkata Book Fair in India. bobholman.com

David Tomas Martinez is the author of Hustle and Post Traumatic Hood Disorder. He lives in Brooklyn and teaches creative writing at Columbia University. davidtomasmartinez.com

Richard Modiano is executive director of the Beyond Baroque Literary Arts Center and has been a member of the Industrial Workers of the World since 1974: “An injury to one is an injury to all.”

Puma Perl is a widely-published poet and writer, and has four solo collections in print. She is the producer and creator of Puma Perl’s Pandemonium, which brings spoken word together with rock and roll, and she performs regularly with her band Puma Perl and Friends. She also writes for The Villager.

Amber Tamblyn is an author, actress, and director who has been nominated for an Emmy, Golden Globe, and Independent Spirit Award for her work in television and film. She is the author of three books of poetry, including the critically-acclaimed best seller Dark Sparkler (Harper Perennial). Tamblyn is currently working on her fourth collection of poems and a debut novel due out on Harper Perennial in 2018. 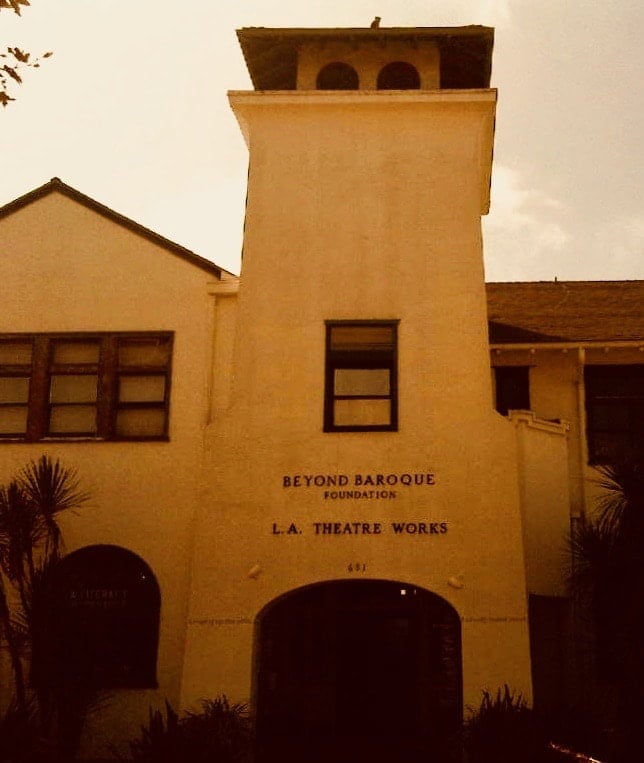