The author will be available at Howl! Happening to sign copies of his new, fully illustrated (in color 197 page) hardcover book in time for holiday gift-giving.

My Creative Journey depicts the amazing journey told in pictures and stories of a Brooklyn boy that entered the secretive world of subway graffiti in the late 70’s. George Ibanez, as “Crime79,” explores his path dodging the tough streets of Brooklyn East New York his climb as a pioneering subway painter, to gallery artist and 40 years in the creative world. With many never before published photos, the artist explains stories and anecdotes of his evolution of painting New York City subways to the body of work on canvas that are held in art collections worldwide.

In My Creative Journey, Ibañez unveils yet another piece of the missing puzzle of the fragmented story and history of graffiti. It reveals an emerging creative subculture, which grew from a bunch of kids living a Tom Sawyeresque life of creativity and adventure in the streets of New York City, to helping create one of the most influential art movements of all time.

George “Crime79” Ibañez (b. New York, New York December 31, 1964) The ​New York City-based artist began painting graffiti in the New York subways at age 13 in the East New York section of Brooklyn. Meanwhile, Ibañez received the Art Students League of New York Gold Medal. He then studied at the School of Visual Arts for a short time. From 1977 to 1984, Crime79 painted numerous notable subway cars. A whole train with a memorable painted poem appears as the opening page to the “Graffiti Bible,” Subway Art by Martha Cooper and Henry Chalfant. Crime79 was a member of a group called “Soul Artists” who were among the first to transition graffiti art from subways to legitimate galleries. Crime79’s first show of paintings was at the Rainbow Gallery in New York City’s SoHo District in 1983. His works were regarded as, “simply the best pieces in the show” (ArtSpeak Magazine, Volume V, June 1983). In 2009 two of his paintings were sold at the prestigious Millon & Associés Auction House in Paris, France.

Today he continues to exhibit in various gallery shows worldwide and owns and operates his own Graphics /Printing company. 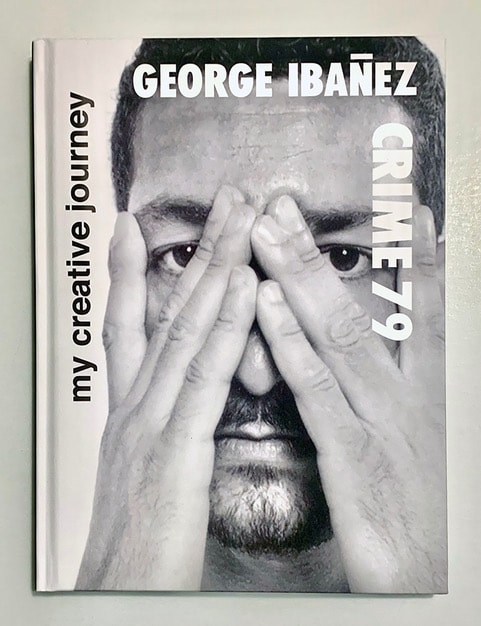