Todd Verow This Side of Heaven

As part of the tribute to Philly Abe’s life and work, Howl! is pleased to present a screening of This Side Of Heaven, a film by Todd Verow. Philly’s roommate, dear friend, and artist collaborator, Verow describes the impetus for the movie:

We decided to make This Side of Heaven when our landlord was doing everything he could to try to get us evicted. Our way of coping with the harassment and absurdity of it all was to make a movie. It was cathartic and exhausting. Every day when we were shooting, we would wake up and I would spend an hour doing Philly’s makeup and hair. We would go over the scenes while I did this, and she would get into her character. When we were done for the day, we would both just collapse on the floor, exhausted physically and emotionally. It was the last movie we finished together.

In This Side of Heaven, V (Philly Abe), an older trans woman, is desperately trying to hold on to her rent-stabilized apartment in New York City. She has endured many tragedies involving former lovers, friends,

and acquaintances over the 26 years she has lived in her rat-, roach-, and junkie-infested building. She has survived corrupt landlord after corrupt landlord, but her struggles have left her agoraphobic and reclusive. As V tries to maintain her sanity, she is visited by her friend and mentor Lili (Brandon Olson), who consoles her and tries to get her to work on a new cabaret show. However, V knows those days are over; she is no longer interested in performing.

Meanwhile, V’s property manager, Shawnith (Jayne Nicoletti) continues her nefarious efforts to evict her or get her to move out. In retaliation, Alexxx (Penny Arcade), V’s upstairs neighbor, tries to get her to be more active in the political fight against gentrification, but V resigns to stay put.

Her only connection to the outside world comes through interactions with various delivery boys who bring groceries and necessities. Most of them take advantage of V or rob her, but one of them, Christian (Justin Rodriguez), becomes her friend. He eventually agrees to move in with her, but just as things seem to be turning around for V, Shawnith resorts to violent means to get her out of the building once and for all.

Also screened will be One Last Scene, new short film Verow made with Philly before her death. 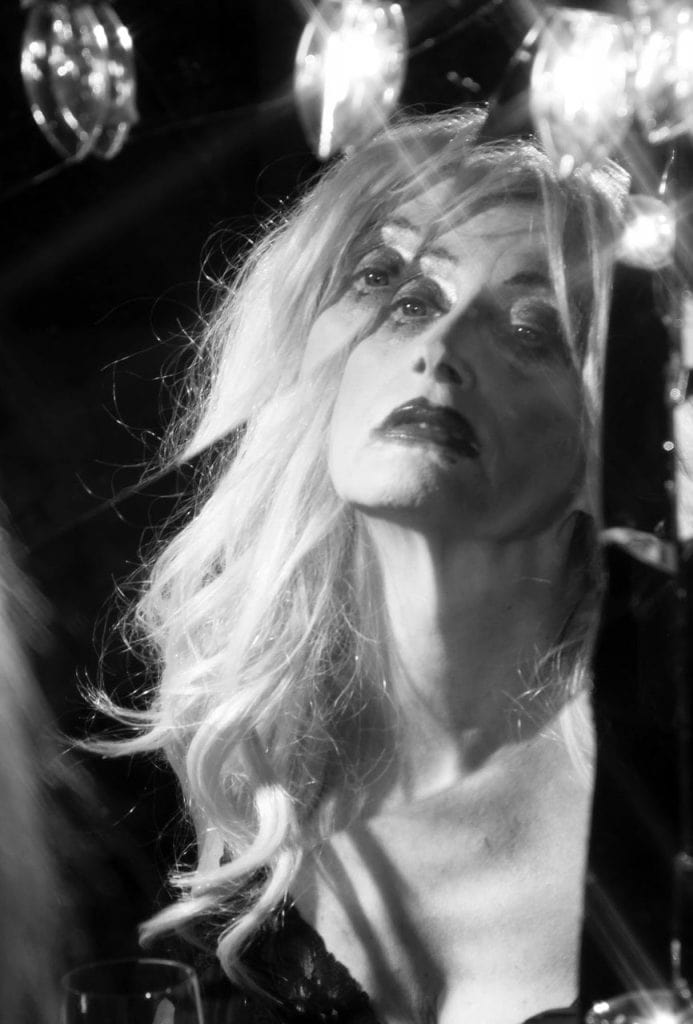