The Cutouts: Keith Patchel and The Venus Orbit with Poet Bob Holman

Howl! Happening is pleased to present a very special evening with Keith Patchel, The Venus Orbit, and poet Bob Holman. The Venus Orbit is a multimedia instrumental ensemble founded by award-winning NYC-based film composer Patchel.  The performance at Howl! Happening will be the debut of Patchel’s The Cutouts (Matisse), a new music song cycle using the poetry of Bob Holman—who will be performing—and based on Henri Matisse’s cut paper works, along with abbreviated versions of Modern Music with Electronica and other Patchel compositions. Featured performers include Sayaka Aiba, musicians Clara Francesca and Cantata Fan, with projections by Alexis Kandra.

The Cutouts (Matisse) is Bob Holman’s third chapbook with PeKa Boo Press, located in Woods Hole, MA. The series is edited by poet Eric Edwards and features cover and frontispiece art by Rebecca Edwards. The 50 miniatures in the book are ekphrastics—art inspired by other art—in this case the eponymous work with scissors and colored paper that occupied Matisse for the last 14 years of his life.

Bound by a wheelchair due to polio, he created bold, striking, imagistic, brilliantly-colored shapes that were first collected in a project called Jazz. “You see as I am obliged to remain often in bed because of the state of my health, I have made a little garden all around me where I can walk…. There are leaves, fruits, a bird,” he wrote. Matisse generally cut the shapes out freehand, using a small pair of scissors and saving both the cut-out sheets and remaining scraps of paper.

Holman’s poems take Matisse’s freestyle handling of paper and sets it free to dance and form poems of tenderness and whimsicality—reminiscent of nursery rhymes, love songs, and fragments of jazz, orchestral, rock, and folk stylings. Keith Patchel’s music moves from echoes of Messiaen and Satie to contemporary classical and rock. The resulting work is a wash of intricacy and color that conjures the sea, the sky—and the paper they are made of. Like Matisse’s cut paper works, Holman and Patchel’s songspiel is a vibrant, playful bite of astonishment. “Time for lunch, Henri/So eat your breakfast/Blue apple/Green coffee/Yellow fingers.” 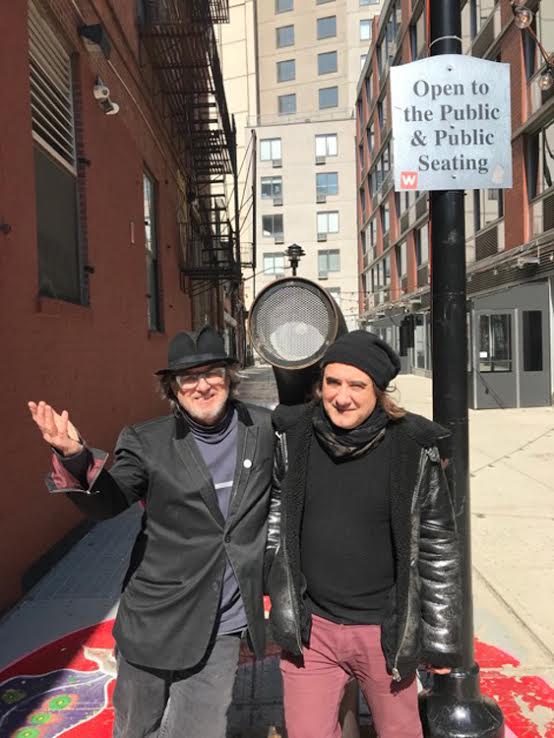