A Staged Reading and Book Signing

25 Plays from Fast Books capture his singular, existentialist ‘60s disposition. The plays often dramatize the (sometimes irreconcilable) struggle between individuality and the unbreakable continuity of time and existence. —Ben Shields, The Brooklyn Rail, 2017

Howl! Happening is pleased to present an evening celebrating the work of Robert Heide. The event features Heide’s American Hamburger, directed by Ralph Lewis of Peculiar Works Project, and a presentation by the author. Heide is a seminal playwright in the Off-Off-Broadway coffee-house theatre movement. His plays have been produced in New York’s Greenwich Village at the famed Caffe Cino, and in the East Village by Ellen Stewart at La MaMa, and Crystal Field and George Bartenieff at Theater for the New City. Irene Fornés and Julie Bovasso’s New York Theater Strategy at Westbeth and Lynne Meadow’s Manhattan Theatre Club have also presented his plays, as well as many other venues.

His early studies began in the theatre department at Northwestern University. In New York, he studied for two years with Stella Adler, who then sent him to apprentice with John Houseman at the American Shakespeare Festival Theater in Stratford, CT; he studied as well with Uta Hagen and with director Harold Clurman.

His mentor and close friend Edward Albee invited him to become a member of the Albee-Barr-Wilder Playwrights Unit. In the 1960s, he acted in Andy Warhol’s films Camp and Batman Dracula, both with Jack Smith. Warhol filmed Heide’s Caffe Cino play The Bed as a split-screen movie which premiered at Jonas Mekas’ Filmmakers’ Cinematheque. As a member of the Playwrights/Directors Unit at the Actors Studio, he attended sessions conducted by Estelle Parsons, Ellyn Burstyn, and Horton Foote.

Click here for to the complete Brooklyn Rail article “Entering the Lightbulb with Robert Heide”,which traces his artistic trajectory. 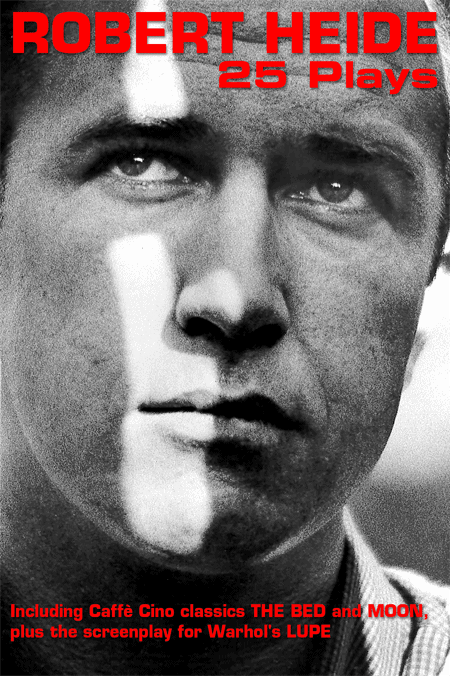