Play What You Like: Fluxus, Music, and More curated by Jade Dellinger

Play What You Like: Fluxus, Music, and More curated by Jade Dellinger

Play What You Like: Fluxus, Music & More, curated by Jade Dellinger

Most heavily inspired by the ideas of John Cage, Fluxus art often relied on chance to shape the outcome and actively involved the viewer. Fluxus compositions or scores for performances and events involved simple actions, ideas, and objects from everyday life. Incorporating concrete poetry, visual art and writing, Fluxus performances were the embodiment of Dick Higgins’ idea of “intermedia”—a dialogue between two or more media to create a third, entirely new art form.

Yet, as many of the Fluxus artists had formal training in music, musical composition and performance (frequently involving the alteration, misuse or abuse of traditional instruments) became central to their activity. Beginning with a series of festivals featuring concerts of experimental music and other avant-garde performance, Fluxus artists reacted against the commodification of art, its commercialization in the gallery system, and its static presentation in museums. A primary goal of most Fluxus artists was to destroy any boundary between art and life. Founder George Maciunas stated that Fluxus was “anti-art,” to underscore the revolutionary mode of thinking about the practice and process of art while using humor to mock the elitist world of “high art” and to bring art to the widest possible audience.

In addition to the artists listed above, of particular note will be the interactive installation JOHN CAGE 33 1/3 performed by Howl! gallery-goers. Conceived in 1969 as an “audience participation” work, John Cage’s original “score” simply stipulated that the gallery be filled with about a dozen record players and two- to three-hundred vinyl records. Visitors to the gallery are encouraged to act as DJs and create a musical mix by playing records freely and thus performing the work.

According to guest curator Jade Dellinger, “when the work was first installed at the University of California in Davis, a local record store graciously volunteered the hundreds of necessary records. However, as Cage never discussed condition or specified titles, the store promptly sent over the most common and undesirable, damaged and utterly unsalable records in their inventory.” Dellinger was inspired by a line from a letter he received in the 80s from Cage in which the composer noted that “I am not interested in the names of movements but rather in seeing and making things not seen before.”

A prominent group of visual artists and performers (even a few Rock & Roll Hall of Famers) have submitted top ten picks or album playlists to fill record bins. The participating visual and performing artists include: 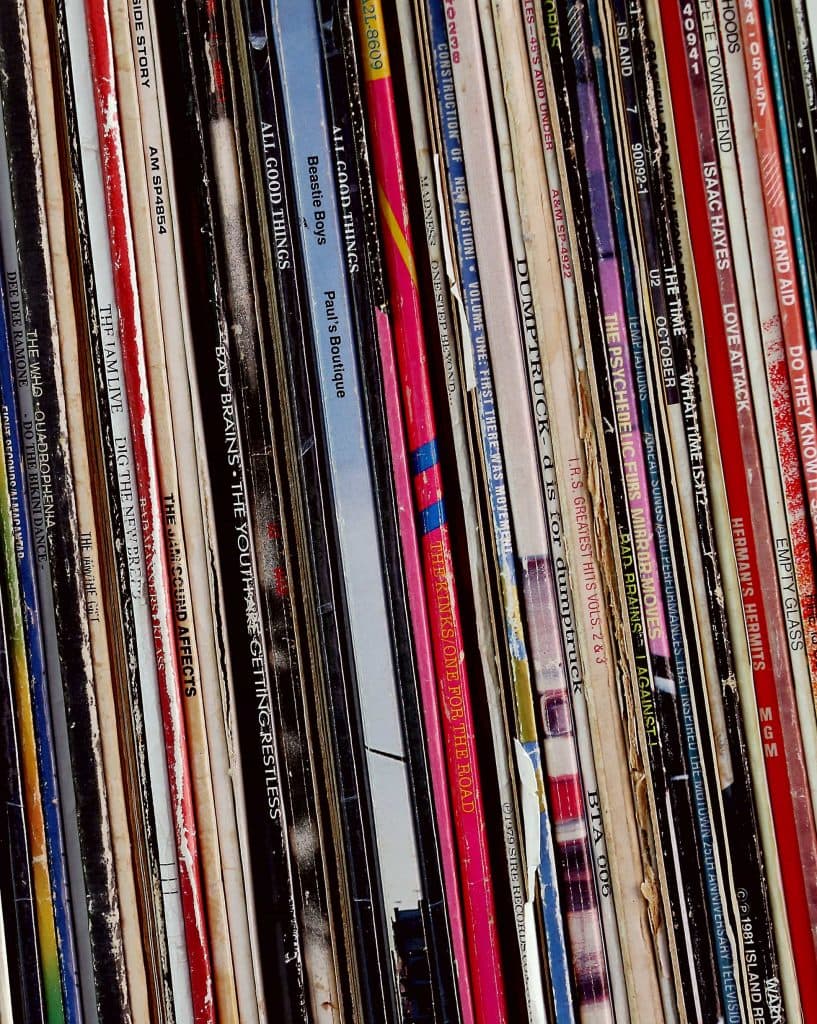