A Film by Paul Tschinkel with Text and Interviews by Marc H. Miller
Screening and Discussion with Tschinkel, Miller, and Curt Hoppe

In 1981, Diego Cortez organized New York/New Wave, a large exhibition at P.S. 1 Contemporary Art Center, the legendary alternative art space in Long Island City. A hybrid of art, photography, music, and fashion, the exhibition captured the pulse of a new avant-garde art and music scene and, in retrospect, marked an important moment of generational change in the art world. Cortez pulled many of the exhibition’s nearly 100 artists from the fringes of the city’s exploding music and nightclub scene. Many of the artists in the P.S. 1 exhibition—Keith Haring, Jean-Michel Basquiat (then billed as “Samo”), Marcia Resnick, Robert Mapplethorpe, Futura 2000, Nan Goldin—have since become household names.

This video program, a part of Paul Tschinkel’s long-running educational art series ART/new york, now stands as the most complete record of a seminal exhibition that was widely reviewed at the time but did not have a catalog. Last summer, the tape was continuously screened as part of the PS1 exhibition A Bit of Matter: The MoMA PS1 Archives, 1976-2000, and last fall an edited excerpt of the tape was featured in the exhibition Basquiat: Boom for Real at the Barbican Art Gallery in London, England.

Along with installation footage of the exhibition and an informed narrative, the tape includes footage of the “no wave” music group DNA and interviews with painter Curt Hoppe (whose X-rated political cartoons from Screw magazine were exhibition highlights) and curator Cortez (who describes the show as a “sociology of elements that make up a scene”).  Following the screening at Howl!, Paul Tschinkel, Marc H. Miller, Curt Hoppe, and others who participated in New York/New Wave will discuss the exhibition and video. 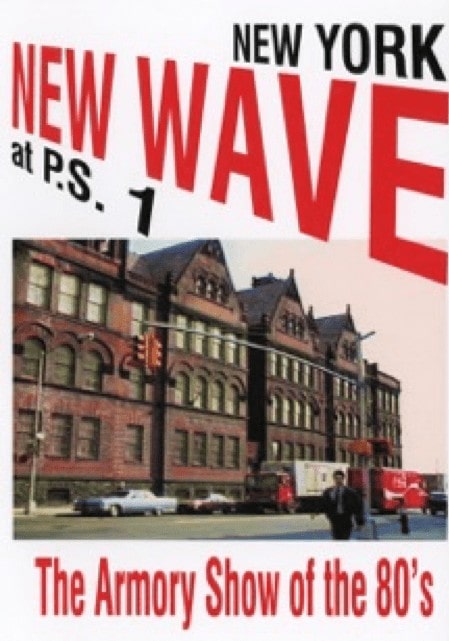