Celebrating the publication of her memoir Outside/Inside, Martha King will give readings from the book, joined by Sanjay Agnihotri, editor and publisher of Local Knowledge magazine, as well as Geoffrey Gatza, BlazeVOX book publisher.

Outside/Inside—Just Outside the Art World’s Inside brings readers into a detailed view of the U.S. art world during the pivotal period of 1956–2012, just outside of documented accounts…. Hubert Selby, Jr. babysitting, Jim Rosenquist scavenging, Henry Geldzahler resisting a blackmail attempt, and Martin Duberman using his scholarship at Black Mountain College for a personal mission are all part of this story.

This gossipy and unsparingly personal account of the evolution of recent American culture—within both the art and literary worlds—details realities of a bohemian life that rarely surface in reportage or academic treatments.

This wide-ranging memoir touches upon Black Mountain College in its final days, life on the Lower East Side staggered by anti-war fever, and a seedy neighborhood in Brooklyn becoming Park Slope. Pre-fame Allen Ginsberg, John Chamberlain, Frank O’Hara, and LeRoi Jones are brought to light, as well as others still remaining largely outside the historical record—John Wieners, Bob Thompson, Lucia Berlin…. In western Michigan, mainstream Manhattan book publishing, Dumbo before luxury housing, and Memorial Sloan Kettering Cancer Center when AIDS was called GRID (gay-related immune deficiency), the author and her husband painter Basil King persist in their shared belief in the power of art.

Born Martha Winston Davis in 1937 in Charlottesville, Virginia, Martha King, attended Black Mountain College for three months as a teenager, marrying the painter and poet Basil King in 1958. They have two daughters and four grandchildren. Before retiring in 2011, Martha worked as an editor and science writer. She edited 2+2 Press chapbooks with Susan Sherman in the late 70s and published 31 issues of the zine Giants Play Well in the Drizzle from 1983 to 1992. Currently, she co-curates a prose reading series with Elinor Nauen at SideWalk Cafe. basilking.net 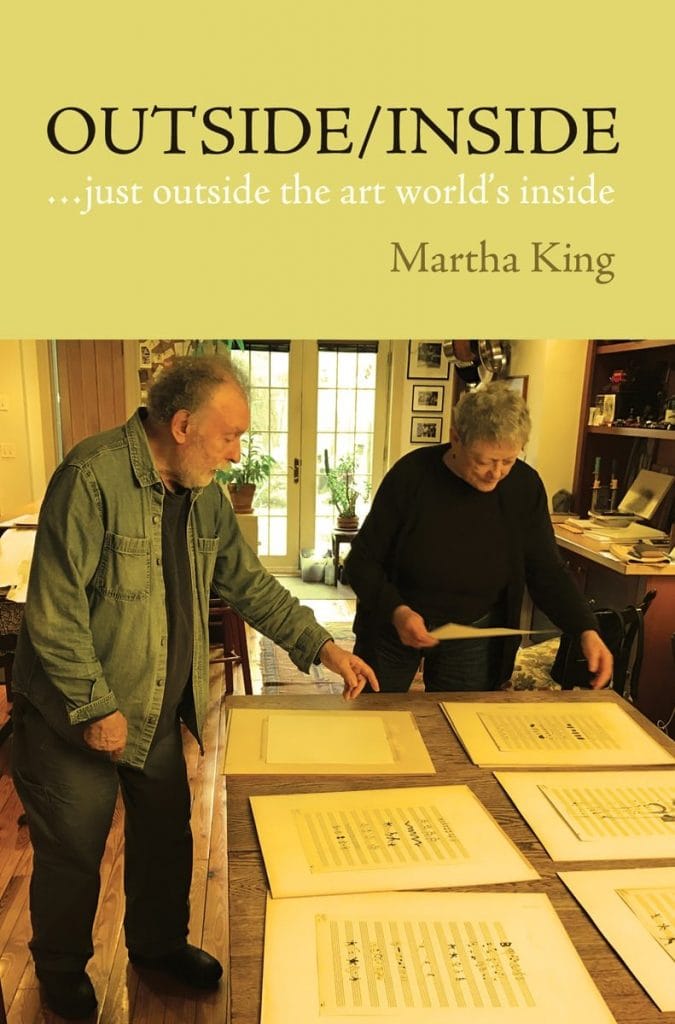