Hibiscus’ career intersects with seminal events of the 60s and 70s relating to theater, politics, gender, and the LGBTQ communities. While protesting the Vietnam War in 1967, George became the subject of photojournalist Bernie Boston’s iconic photograph “Flower Power”, while placing a flower in the barrel of a national guardman’s rifle at a peace rally in Washington D.C. En route to San Francisco, George underwent an outrageous makeover, growing a glitter-ornamented beard and changing his name to Hibiscus.

The term flower power came to epitomize a style of peaceful protest championed by Hibiscus’ friend Allen Ginsberg. They were lovers briefly but Allen fled the relationship, complaining there was “too much glitter in the bed.”

Hibiscus and his family reinvented themselves during the Off-Off-Broadway movement of the 60s. From the early ‘Let’s put on a show!’ days in Florida to the risky move of transplanting the whole tribe to New York, Flower Power Man depicts the euphoric highs and terrifying lows of an artist’s way of life.

Two decades after his death from AIDS-related illnesses, Hibiscus continues to be recognized as a free spirit in gay liberation. 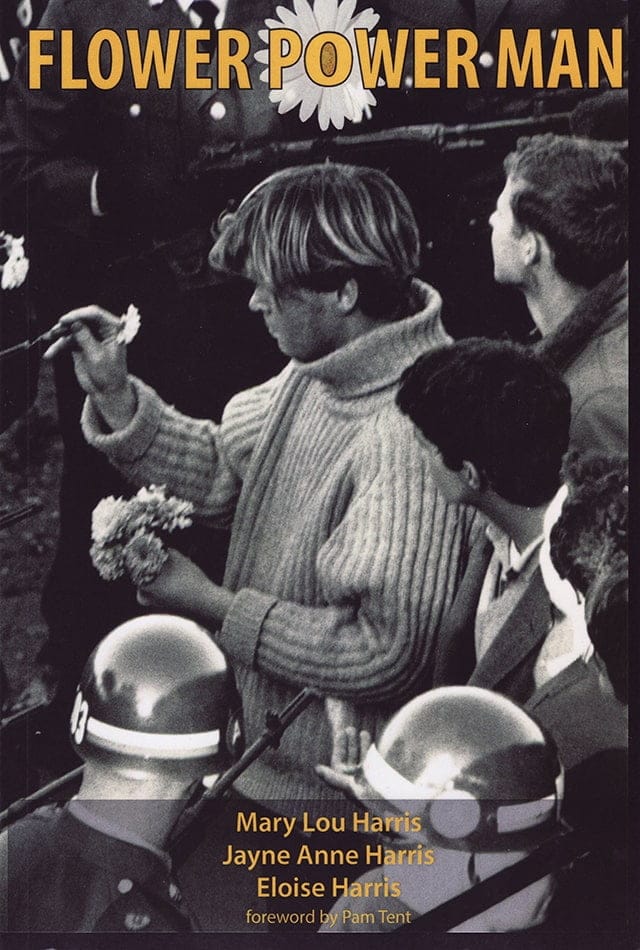