There were no funerals. No memorials. No public gatherings to mourn those killed by Russia’s relentless attacks on the port city of Mariupol that became a symbol of Ukraine’s ferocious resistance. The mass grave trenches told the story of a city under siege.

The world would have seen none of this, would have seen next to nothing at all from Mariupol as a city under siege, if it wasn’t for Mstyslav Chernov and Evgeniy Maloletka, the Associated Press team who race into the city when the invasion began and stayed long after it had become one of the most dangerous places on Earth. For more than two weeks, they were the only international media in the city, and the only journalists able to transmit video and still photos to the outside world.

Moscow hated their work. The Russian embassy in London tweeted images of AP photos with the word “Fake” over them in red text. A top Russian diplomat held up copies of photos from the maternity hospital at a U.N. Security Council meeting, insisting they were phony. But their photographs and the people who they met speak to what happened in Mariupol.

Evgeniy Maloletka is a Ukrainian war photographer journalist and filmmaker, who has been covering the war in Ukraine since 2014. He has also covered the Euromaidan Revolution, the protests in Belarus, the Nagorno-Karabakh war and the COVID-19 pandemic in Ukraine. In 2022 his work during the siege of Mariupol has been recognized with the Knight International Journalism Award, the Visa d’or News Award and the Prix Bayeux Calvados-Normandie. He has also received awards from Italy, Germany, Norway and United States.

Mstyslav Chernov is a Ukrainian war correspondent, filmmaker, photographer, and novelist known for his coverage of the Ukrainian revolution, the Russian invasion in Ukraine, the war in Iraq, Syria, and Nagorno-Karabakh, and Afghanistan under Taliban rule after U.S. withdrawal, as well as for his art installations and exhibitions. He is on the staff of Associated Press.

On Sunday, November 20 at 5:00 PM Howl! Arts will host an event “Music and Spoken Word for Mariupol” created by Yara Arts Group with poet Bob Holman and bandura master Julian Kytasty, with Yara Artists and Daria Kolomiec. All events are free. Donations will go to Razom for Ukraine, a Ukrainian-American non-profit organization that provides medical and humanitarian aid.”

Image: A Ukrainian serviceman takes a photograph of a damaged church after shelling in a residential district in Mariupol, Ukraine, March 10, 2022. (AP Photo/Evgeniy Maloletka) 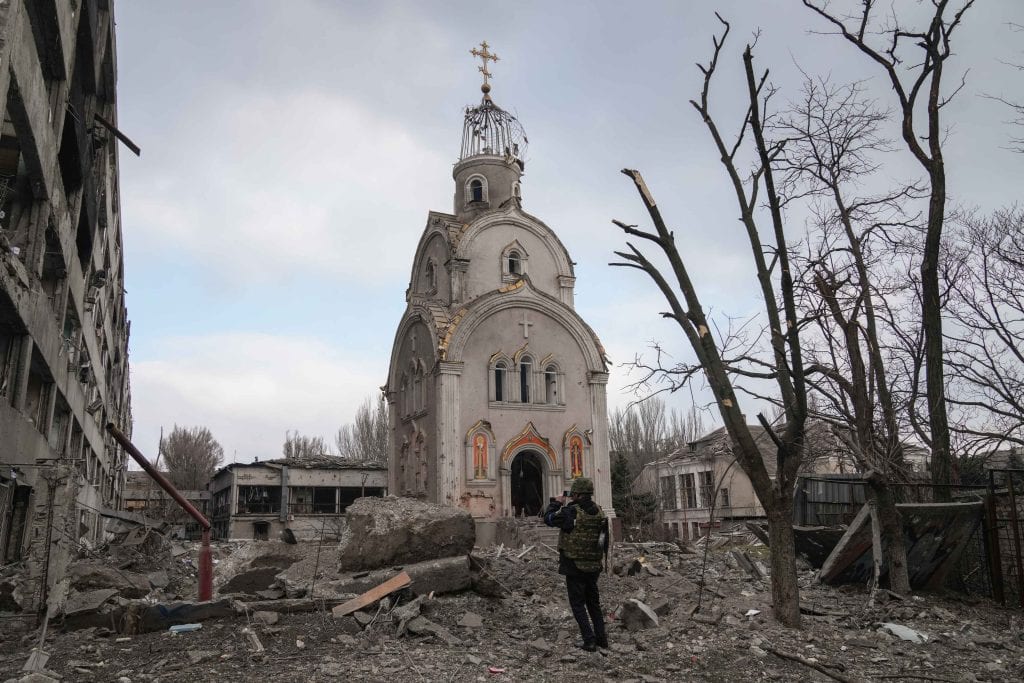 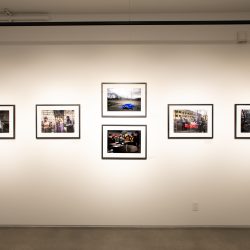 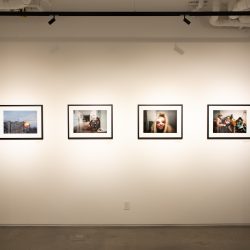 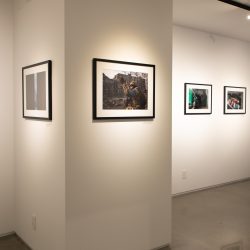 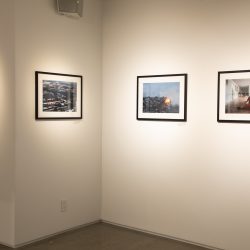 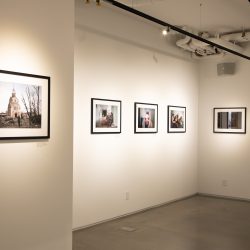 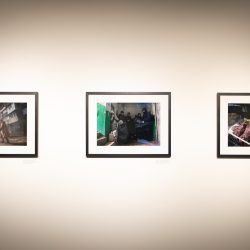 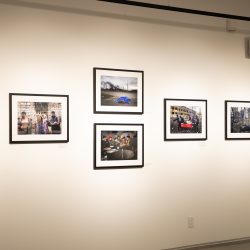 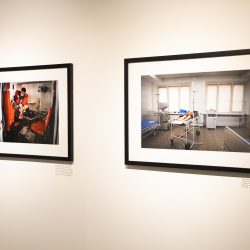 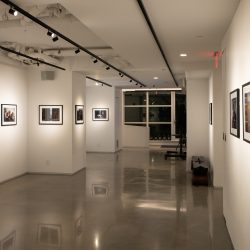 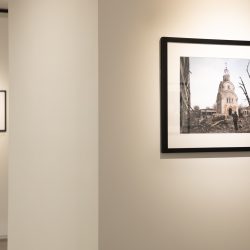 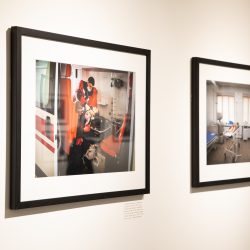 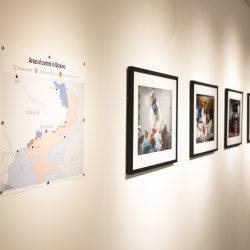 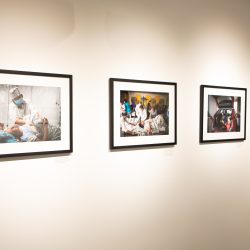 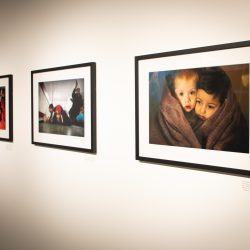 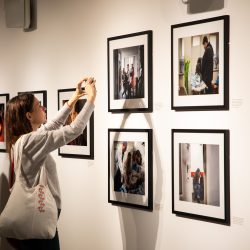 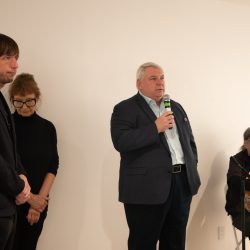 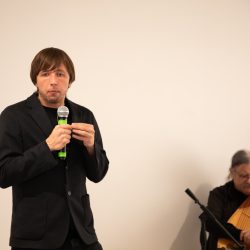