Linus Coraggio Explains It All

Linus Coraggio Explains It All

Walkthrough of Ramifications with the Artist

Join us for an intimate moment with artist Linus Coraggio. A self-confessed “odd kid,” Coraggio spent an entire summer creating a 36-inch tall pyramid made of 3,000 toothpicks into a giant configuration. When finished, He asked his mother what to call this object and she replied, “sculpture.’’ The die was cast.

The son of avant-garde composer Henry Brant, with whom he often collaborated, Coraggio grew up accompanying his mother Pat on her trips across the Rust Belt as she photographed abandoned industrial sites for her Village Voice column. This experience informed his later choice of “used” metal as his medium when he discovered welding at Purchase College.

Coraggio is a founder of the Rivington School sculptors’ group. He welded a massive post-apocalyptic sculpture garden of rusted metal that was a landmark at Forsyth and Rivington Streets in New York’s Lower East Side. Coraggio was also the architect of the Gas Station, a performance space, after-hours club, and sculpture garden that sat on Second Street and Avenue B well into the 90s. These seminal downtown art spaces were the vanguard of wild autonomous art activism in the face of rapid gentrification. 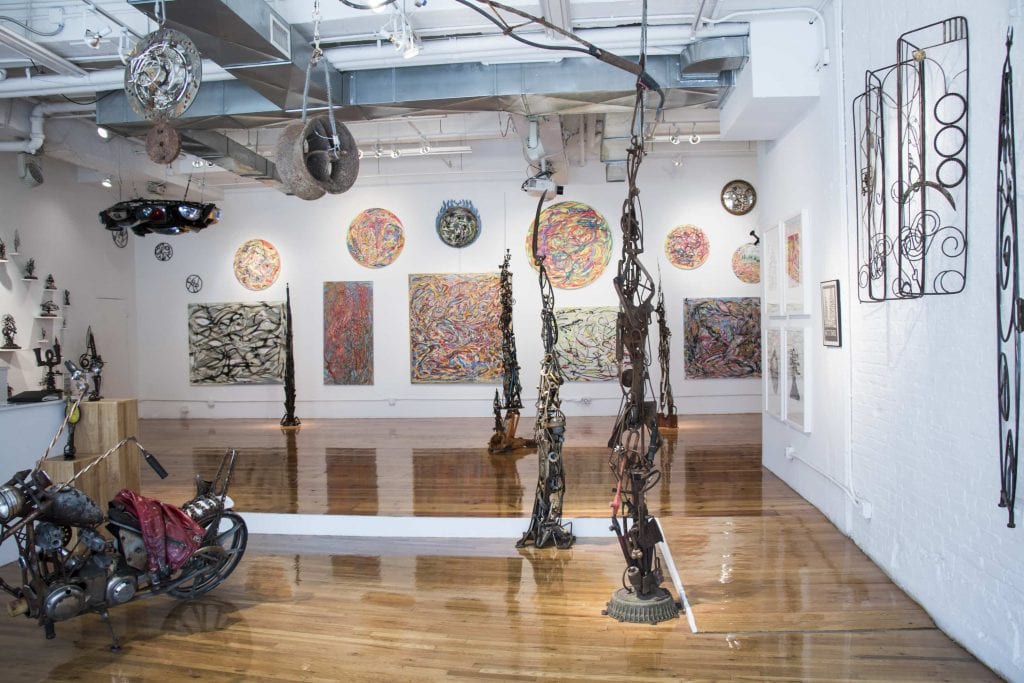