Antony Zito: My Father Was a Satyr

Howl! Happening is pleased to present Antony Zito’s My Father Was a Satyr. Fascinated by the detritus of everyday life left on the curbs of his East Village neighborhood, Zito collects discarded objects to use as the basis for his paintings. Through the artist’s hand, these artifacts’ stories—steeped in narratives all their own—merge with portraits of Zito’s peers, adhering the inherent emotional energy of the intuitively rendered portraits to layers of the city’s history.

In the lineage of modern artists who worked across mediums and used unconventional materials and found objects, with My Father Was a Satyr, Zito creates his biggest installation to date—a towering construction layered with portraits, metal sculpture, and scavenged eye candy, to form a whimsical ziggurat.

Made up of large-scale welded metal sculpture flanked by sprawling, multi-panel figurative paintings, all of the materials are scavenged from street corners, dump sites, and scrap yards, continuing his career-long tradition of painting portraits on found objects. The sculptures are built with an array of rusted and painted elements, deftly combined to animate the form and feeling of a living entity—just as his portraits combine collage and paint with found materials, turning recycled ingredients into renderings of living, breathing people. 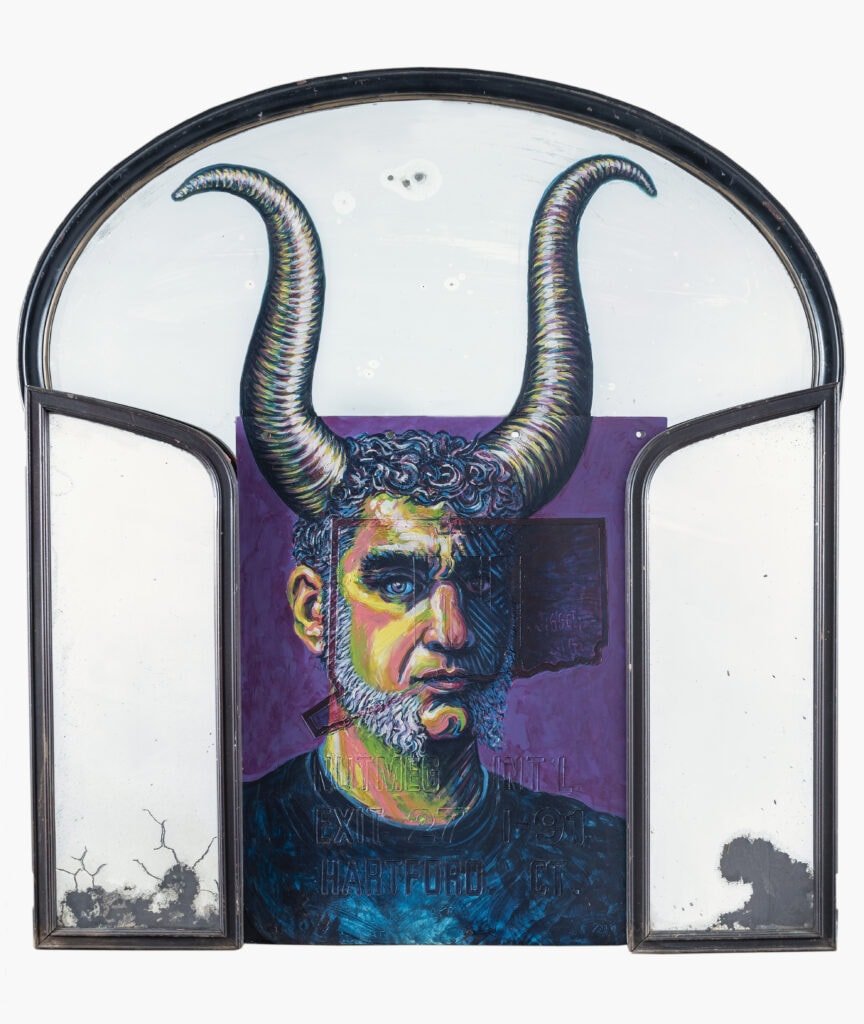 “New York is a city of faces,” says Zito, “and I am obsessed with them. Whether it’s the local bodega owner, the billboard model, the lost soul on the corner, or the people I most enjoy spending time with, I dive into faces, searching for their narrative, for some message or meaning. I gather these faces in my imagination, mixing them with memories and experiences I’ve absorbed in the course of my life in New York.”

Antony Zito is a portrait painter and collector of objects, who moved to the Lower East Side from New England in 1992. Zito has spent more than 20 years on New York’s Lower East Side, where he ran a gallery and portrait studio on Ludlow Street through 2006. His portraits of the local characters illustrate a sweeping line through the 90s and 2000s in the East Village rock and art scenes. The New York Post has called his paintings “sensual,” and his renderings of people on recycled materials prompted The Village Voice to refer to him as “a master of the found object.”

His work has been exhibited and collected in the U.S., UK, Italy, France, Spain, Belgium, Mexico, and Japan. Several of Zito’s portraits and other artworks appear in the Jim Jarmusch films Coffee and Cigarettes and Broken Flowers. Zito recently completed a two-story mural in the East Village, and is currently working on a documentary film about the Mars Bar, illuminating his corner of the East Village and Lower East Side in the 90s and early aughts. 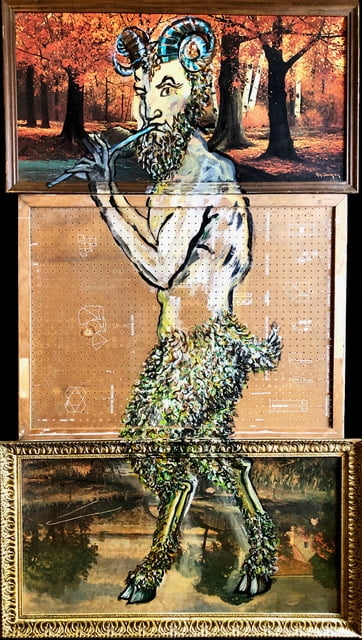 Antony Zito: My Father Was a Satyr