Joseph Keckler Dragon at the Edge of a Flat World: Portraits and Revelations

Joseph Keckler Dragon at the Edge of a Flat World: Portraits and Revelations

Joseph Keckler is a magician, a vagabond of the outer boroughs with an eye for the unorthodox, irregular, anomalous, and uncanny. By turns mordant and melancholy, decadent and delirious, these are stories to cherish, as brilliant and charming as the writer himself. —Olivia Laing

Howl! Happening is pleased to celebrate the publication of Joseph Keckler’s first book, Dragon at the Edge of a Flat World, with a reading and book signing. Reality, embellishment, and fantasy intermingle in 20 mesmerizing tales by the acclaimed performing artist. Published by Turtle Point Press.

Ranging between different periods of his life and written over the course of a decade, these episodes confirm Keckler’s storytelling mastery. As we are led through corners of downtown New York and the Midwest, we are introduced to his mentors and muses, odd jobs and odder employers. What is it like to work for a blind man who runs an art gallery? Or for an aging club kid who administers a university classics department? Outré characters turn art into a religion and make a spectacle of daily life. Some strive to be center stage and others struggle to be seen, but all soldier on in the margins. In this world, you may board a familiar bus or train and find yourself in some shady netherworld, or skipping past midnight on New Year’s Eve. There is sex with ghosts. And the incessant GPS voice that mocks the last moments of a longtime love.

Joseph Keckler is a captivating raconteur, with a delicious ability to transform scenes of dread into comedic triumph. His deadpan delivery contrasts brilliantly with his virtuoso appetite for moody glissandi and hectic staccati.  I marvel at the social incongruities—the faux pas, the accidental couplings, the identity slippages—that he narratively dishes out as if they were artisanal pizzas, seasoned with a hilarity and drama that add up to box office boffo. 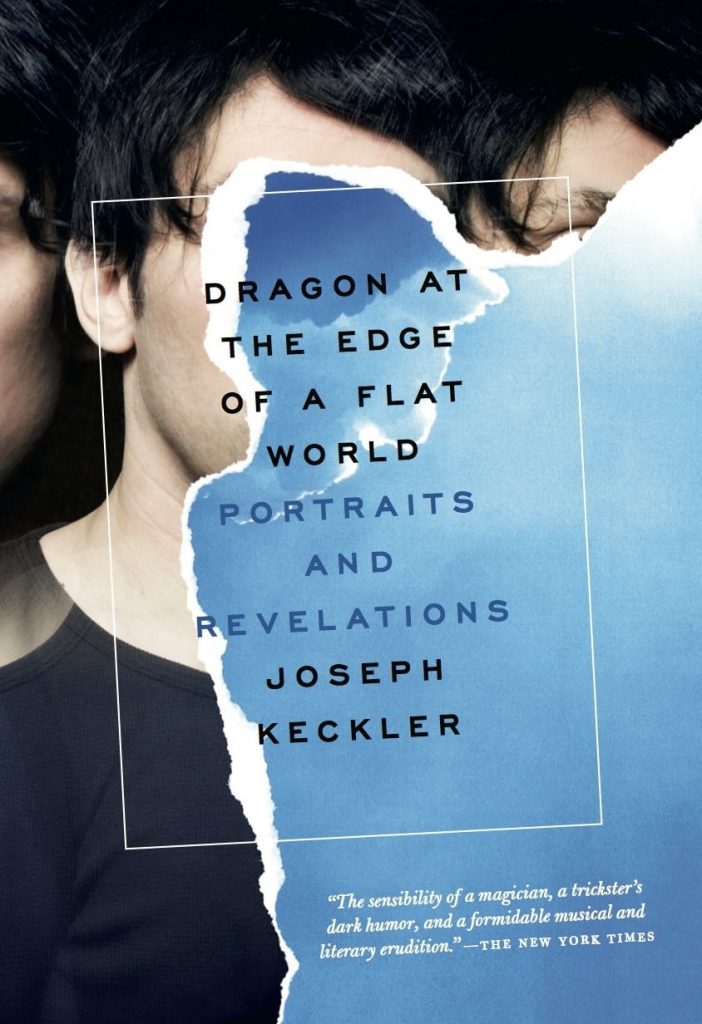