in the heart of the neighborhood that spawned the revolutionary spirit and vanguard cultural figures who populate Giorno’s Sleeptalking narrative: Ginsberg, Warhol, Burroughs, Cage, et al. By celebrating the poet who is an inspirational and influential part of the Howl! community, we also commemorate the tumultuous changes instigated in the 60s and 70s, which live on and frame Howl’s mission to view contemporary culture through the lens of these groundbreaking artists. We salute John’s contributions and voice in this recontextualized tribute to Warhol’s Sleep and its dormant lead actor.

Pierre Huyghe’s 1998 work Sleeptalking (d’après Sleep) reconsiders the depiction of John Giorno in Andy Warhol’s Sleep, 35 years after its premiere. Huyghe visited the poet in his loft at 222 Bowery, intending to recreate Warhol’s film and have a conversation with Giorno about his life. The artist spent five days interviewing Giorno for over eight hours a day. On their final day together, Huyghe filmed Giorno sleeping on the same bed featured in Warhol’s Sleep.

In the final work, Huyghe overlaid his footage of Giorno with Warhol’s, and through subtle shifts, Giorno’s time-marked face imperceptibly changes and rejuvenates. This return to the original, revealed in the film by a slow fade-out, is accompanied by the poet’s voice. Giorno describes the context of the creation of the film Sleep and his memories of working with Warhol. As part of a series of works about the notion of interpretation, Huyghe associates Warhol’s Sleep with the dreams and utopias of the 60s. Awoken from his long slumber, the sleeper now speaks and becomes an actor in a different reality, evoking the time he lived and its history.

Ugo Rondinone: I ♥ John Giorno is a sprawling, multipart exhibition which presents the extraordinary life and work of the poet, artist, activist and muse John Giorno. Encompassing 13 venues around Manhattan—and featuring paintings, films, sound installations, drawings, archival presentations, and a video environment—this retrospective includes Giorno’s own work, as well as work inspired by him.

I ♥ John Giorno is also a work of art by Giorno’s husband, the Swiss artist Ugo Rondinone, who has been creating sculptures, paintings, drawings, and multimedia installations for almost three decades. With this project, Rondinone presents a prismatic portrait, assembled from the thoughtful arrangement of materials, experiences, and relationships that have defined Giorno’s astonishingly wide-ranging artistic career. Foremost, the project is a joyous celebration of the poet’s ubiquitous presence in contemporary culture, and his myriad contributions to it.

Rondinone’s homage to his life partner, Ugo Rondinone: I ♥ John Giorno, is the latest and by far most ambitious collaboration of Giorno’s career. The project unfolds in 18 chapters, each a distinct exhibition sited in a non-profit or alternative space in Manhattan. Every chapter takes the form of an immersive installation, designed by Rondinone and dedicated to a body of work, an interest, a relationship or a collaboration that has marked Giorno’s life. This includes his poetry, painting, sound work and performance; his recording projects and the founding of Giorno Poetry Systems; his AIDS activism; his Tibetan Buddhism; and his vast personal archive that comprises a history of radical art and poetry in New York during the second half of the 20th century. Several installations feature portraits of Giorno by different generations of filmmakers, painters, videographers and musicians. One consists of a single work: a multichannel video installation by Rondinone, consisting of multiple images of Giorno performing one of his recent epic poems.

Ugo Rondinone: I ♥ John Giorno is a unique artistic and curatorial experiment. The cooperation between so many disparate nonprofit and alternative institutions in New York in the presentation of a single project is similarly unprecedented. The singularity of this monumental hybrid of artwork and exhibition is testament to the breadth, variation, and longevity of Giorno’s ongoing career, as well as Rondinone’s artistic vision. Those lucky or stalwart enough to visit all 18 chapters of the exhibition will come away with an idea of both of these artists’ achievements. In its size and ambition, I ♥ John Giorno can be seen as a citywide work of public art. At the same time, it is an intimate expression of love and inspiration between two artist partners. It is an astonishing gesture of love on Giorno’s part to give the sum total of his life’s work to Rondinone as material for his own artwork. Perhaps, in equal response, Rondinone has conceived a work of art as big as Manhattan itself —Laura Hoptman

John Giorno (b. 1936, New York City, USA) is an artistic innovator who has been defying conventional definitions of poet, performer, political activist, Tibetan Buddhist, and visual artist since he emerged upon the New York art scene during the late 1950s. In the 1960s, he began producing multi-media, multi-sensory events concurrent with Warhol’s Exploding Plastic Inevitable. He worked with Rauschenberg’s Experiments in Art and Technology (E.A.T) in 1966, and with Bob Moog in 1967-68. His breakthroughs in this area include Dial-A-Poem, which was first presented in 1968 at the Architectural Society of New York, and was later included in the MoMA’s Information exhibition in 1970. His contributions are significant to many culturally defining moments: the Beat generation, Pop Art, Punk, the Pictures Generation, and the hip-hop era. His work is included in the collections of the Museum of Modern Art, New York; Centre Georges Pompidou, Paris; Musée National d´Art Moderne, Paris; and Queensland Art Gallery/Gallery of Modern Art, Brisbane; among others.

Ugo Rondinone: I ♥ John Giorno is made possible in part by public funds from the Swiss Arts Council Pro Helvetia. The I ♥ John Giorno organizing committee gratefully acknowledges generous support from Van Cleef & Arpels, the Andy Warhol Foundation for the Visual Arts and LUMA Foundation. Thanks to Almine Rech Gallery, Brussels, London, New York and Paris; Elizabeth Dee Gallery, New York; Esther Schipper, Berlin; Galerie Eva Presenhuber, New York and Zürich; Gladstone Gallery, Brussels and New York; Galerie Kamel Mennour, London and Paris; Kukje Gallery, Seoul; and Sadie Coles, London for production support. Additional thanks to Ophelia and Bill Rudin as well as the General Consulate of Switzerland in New York for their gracious contribution, and to agnès b. for in kind support. 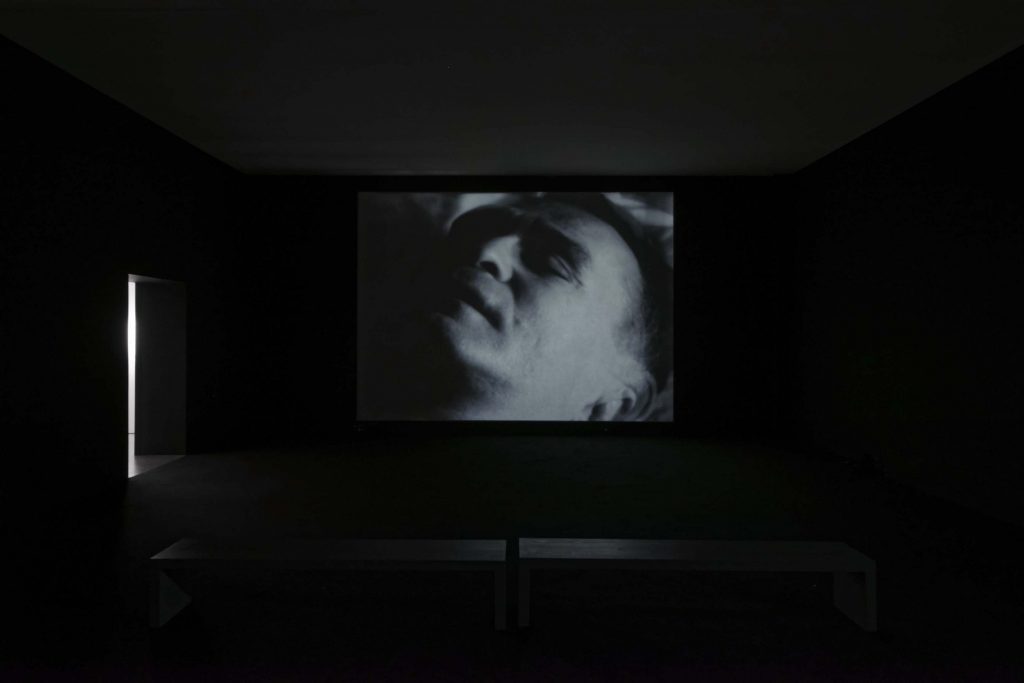