An artist and critic, there was a considerable duality to Donald Judd (1928-1994). He was at once a man of intellectual rigor and a multidisciplinary conceptualist who deftly moved towards a new minimalism. In 1971, he relocated from the center of the art world, New York, to the prairies of Presidio County in Southern Texas, 20 miles from the Mexican border. It is here, in Marfa, Texas, that Chris Felver interviews Judd, providing insights into his process, his materials—aluminum, brass, Plexiglas and concrete—and the freedom he sought to achieve from institutions trying to define what art is. A rare visit with an exceptional talent and a compelling destination for art aficionados.

Judd expounds upon his lifelong preoccupation with aesthetics, his persistent efforts to place his work in the proper environment, and his dismissal of contemporary architecture. Intercut throughout this forthright interview are scenes from Judd’s loft in Manhattan’s SoHo district, the permanent installation and restored buildings at Marfa, Texas, and his Chinati Foundation at Fort D. A. Russell.

The film contains the last interview with the minimalist sculptor before his death in 1994. Critic John Yau provides commentary in this extensive overview of Judd’s career, and his pivotal role in the development of post-war contemporary art and architecture. Donald Judd was voted one of the 20th century’s most influential artists by ARTnews magazine.

Tony Cragg: In Celebration of Sculpture

One of the most versatile sculptors working today is Tony Cragg. Shaping forms in plastic, glass, stone, wood, steel, fiberglass, and found objects he has been making magic come alive in hard materials since emerging in the mid-70s. His vocabulary is wide and his ideas explode across a broad creative landscape, destabilizing our normal viewing habits, while widening our perspective and attitudes. In Celebration of Sculpture is cinema verité at its most powerful. Cragg reveals himself while installing exhibitions of his work internationally, and restlessly moving around in his Wuppertal studio.

Filmed in New York, California, London, Eindhoven, and Dusseldorf, one senses the peripatetic nature of a restless creator. The sculptor’s workplace is where he prefers to be. It is there that he finds his center, surrounded by the materials and tools of his profession. Wit, openness, and humility balance the impact of a prolific output. Cragg is adamant over man’s continuing encroachment on the natural world. His forms delight, confound, and challenge the mind at a profoundly visceral level. Lyrical intensity, ecstasy forged in whimsy, and a feeling for deep images burrowed within human consciousness are all part of his oeuvre. 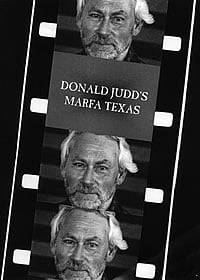