Poets, come out of your closets, open your windows, open your doors, You have been holed up too long in your closed worlds … Poetry should transport the public / to higher places / than other wheels can carry it … — Lawrence Ferlinghetti, Populist Manifesto, 1976

Earlier this year we lost the incomparable poet, painter, and social activist, Lawrence Ferlinghetti (March 24, 1919 – February 22, 2021). Howl! Arts and Bob Holman are honored to bring together a spectacular group of poets, writers, filmmakers, activists, musicians, and artists to pay tribute to Ferlinghetti’s genius—reading poems, telling stories, and sharing memories. The evening includes individual and group readings, film premieres, and recorded and live presentations that highlight Ferlinghetti’s influence and importance to generations of creators.

The event will begin with a screening of the film Ferlinghetti: A Rebirth of Wonder, a feature-length biopic by Chris Felver. Following this screening, Bob Holman will read John Tytell’s essay The Last Lighthouse, before introducing the first-ever group reading of Ferlinghetti’s book of poems A Coney Island of the Mind—29 poems read by 29 poets from around the globe. Originally published in 1958, A Coney Island of the Mind has sold over a million copies, making it one of the most successful books of poetry in history.

The program continues with the Premiere of two important recordings:  Ed Sanders’ audio interview with Ferlinghetti speaking about his days as the Captain of a U.S. Navy submarine chaser in WWII—one of the first vessels to go to Nagasaki after the bombing and the World Premiere of Pictures of a Gone World, a film by Paul Holzman. This previously unreleased recording session of Ferlinghetti reading the poem of the same name is accompanied by the American composer and musician David Amram.

Artist, writer, activist Guillermo Gomez-Peña will offer a prayer for Ferlinghetti, before screening a video by Alystyre Julian of Anne Waldman reading a selection of Ferlinghetti poems accompanied by Devin Brahja Waldman on saxophone.

The evening’s program concludes with a symphony of voices as artists, writers and poets take to the stage at Howl Arts / Howl Archive for a live group reading of Ferlinghetti’s I am Waiting. 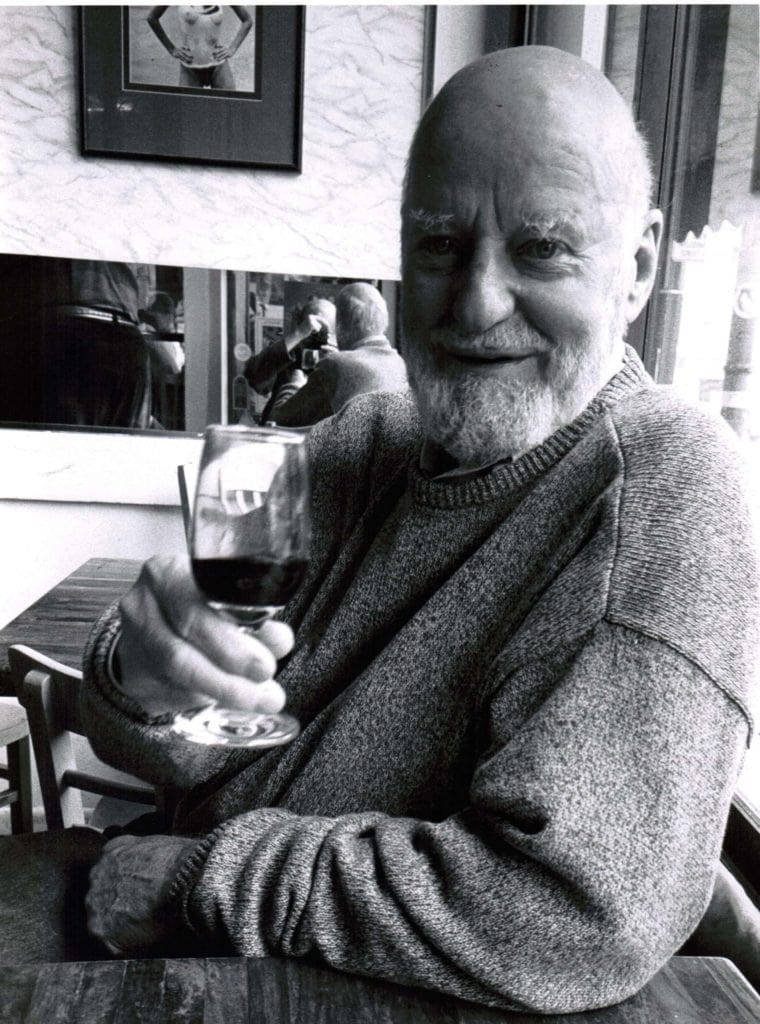