Praise for Helen Oliver’s The Road:

Howl! Happening: An Arturo Vega Project is pleased to present The Road, paintings by Helen Oliver Adelson. Known for her large-scale portraits and landscapes in oil, and for her stage and set designs for her brother, Edgar Oliver, Adelson delves below the surface of her subjects to uncover inner mysteries and tensions. “Places, people, spirits—things real and imagined—that I find along the road,” she says.

Adelson’s blithe, bohemian character imbues her paintings with an imaginative inner narrative and style that goes beyond any affiliations to contemporary art trends, schools, or movements. An air of whimsy permeates the portrait of her brother Edgar as harlequin, while languid nudes stare frankly at the viewer. New paintings of mountains, piazzas, wood nymphs, sirens, and architecture the artist encounters on her daily excursions from her house in the Italian countryside embody a vision and a life lived consummately on her own terms.

Since the late 70s, Helen Oliver Adelson has been an integral part of the artistic and performance-art scene of the Lower East Side, tapping into the personalities of the vanguard and rendering oil paintings of artists, musicians, filmmakers, and writers including Penny Arcade, Lenny Kaye, Mary Lou Wittmer, Louie Cartwright, Kembra Pfahler, Samoa, and Brian Damage. She is also well known for her stage-set design, especially for her brother Edgar Oliver’s plays, many of which premiered at La MaMa E.T.C.

She was a founder of Pompeii Gallery on 10th Street (and later Forsyth Street) in New York City in the mid 80s. She has exhibited in New York, Paris, and Lucerne, and has painted three rooms at the Carlton Arms Hotel. Originally from Savannah, Georgia, she moved to New York City in the late 70s after studying in Paris and receiving a B.A. from The George Washington University in Washington, D.C. She now divides her time between New York and Tarquinia, Italy, where she makes her home. 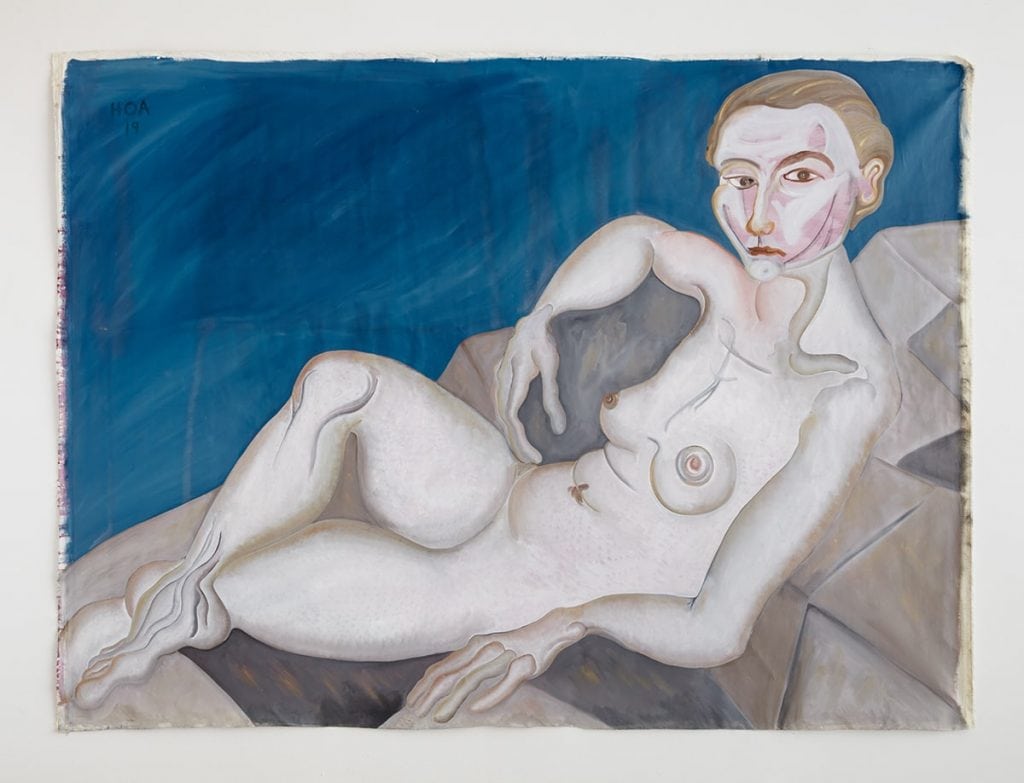 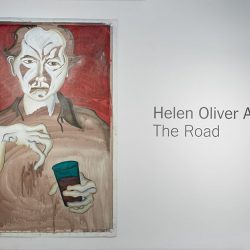 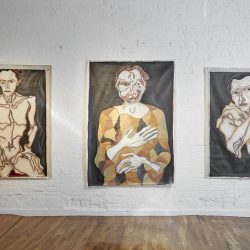 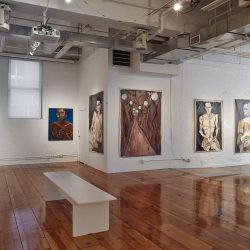 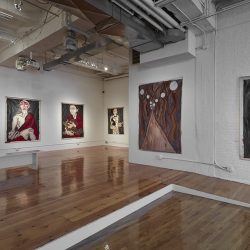 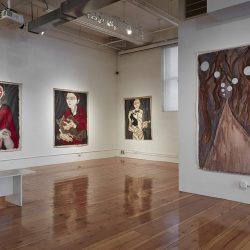 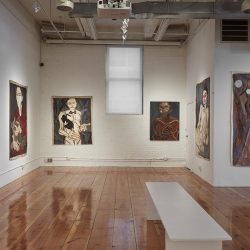 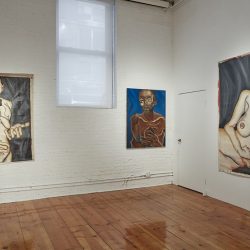 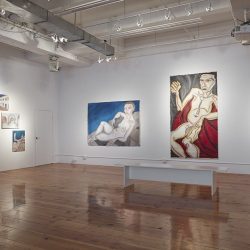 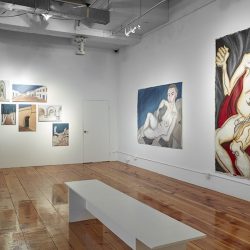 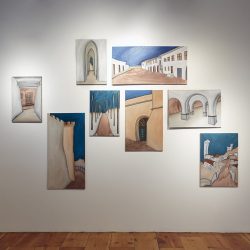