“Its morning. I’m looking in the mirror. I see no fangs, no fur, I hear no howling. So why is my shower curtain so bloody? And why are there piles of freshly butchered steaks in my refrigerator?”

Join artist/performer John Pizza for The Full Moon Show: DEAD COWS, a performance at Howl! Happening. Come gather — rain or shine, happy or sad, up or down — on the sidewalk outside the gallery at 4 PM sharp.

When a young computer programmer falls asleep in front of his TV after work one night, the line between horror movies and real-life blurs. One transformation can only lead to another and what begins as an innocent midnight snack ends with a domino effect of bloodied lives. Using found objects and homemade puppets, a lycanthropic adventure tale unfolds in a small rural town, where no one is safe, especially the cows.

Howl! Happening houses the archives of Tom Murrin. Murrin, aka the Alien Comic, is known as the Godfather of Performance Art. Every full moon, Tom performed the Full Moon Show in honor of his moon goddess, Luna Macaroona. When he had a club date that fell on the full moon, he’d wrangle his friends to perform as his guests—pushing the careers of such groundbreaking performers as David Cale, David Sedaris, Amy Sedaris, Blue Man Group, Ethyl Eichelberger, Lisa Kron, and many others. If not, he performed on the street for passersby, transforming the pedestrian atmosphere with his madness and magic. Howl! Happening’s monthly series continues that tradition, with performances in the gallery and surprise pop up performances on the street.

Under the guidance of rock manager Jane Friedman, Tom began to perform under the name Alien Comic, opening for acclaimed punk bands in rock clubs such as CBGBs and Max’s Kansas City. As Alien Comic he performed in such venues as The Pyramid, 8BC, King Tut’s Wah Wah Hut, Performance Space 122, Dixon Place, La MaMa, and more. Since the mid-80s, he’s created, performed, and curated a series of variety nights at Performance Space 122, and La Mama Experimental Theatre Club and Dixon Place called The Full Moon Show. His plays Sport-Fuckers and Butt-Crack Bingo were produced at Theater for the New City and La MaMa and directed by David Levine. Tom was the first performance artist to appear on stage at the original Dixon Place location at 37 East First Street in 1986. 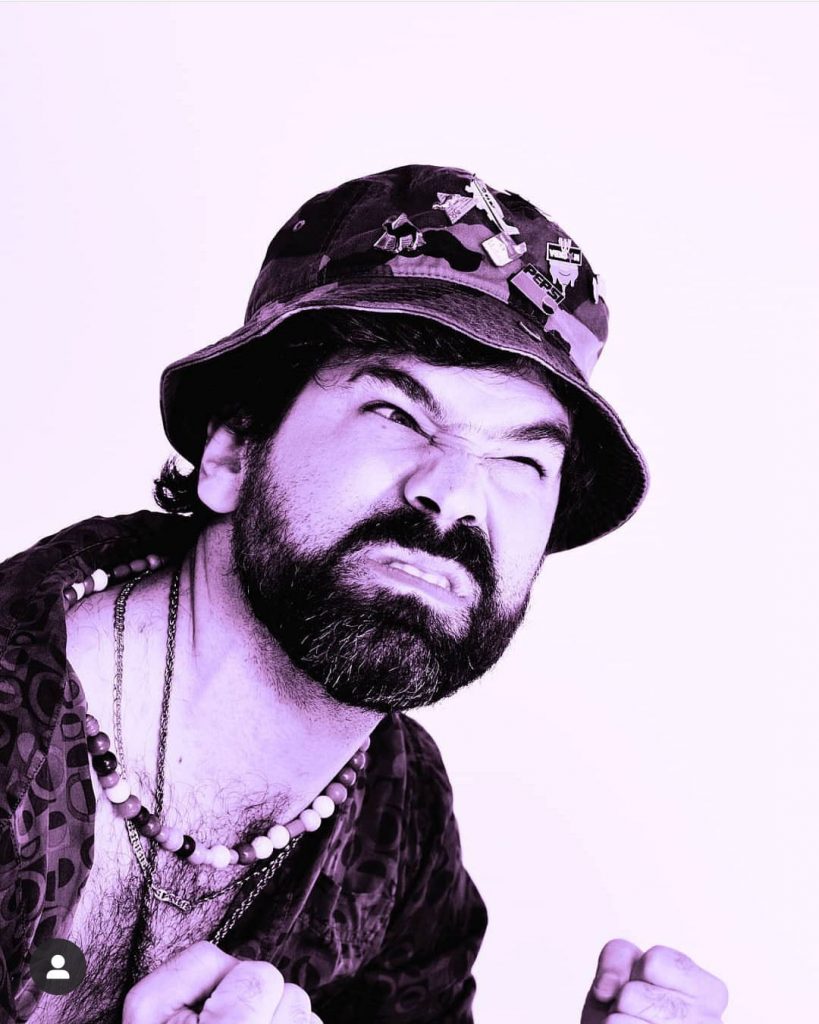