Howl! Happening: An Arturo Vega Project is pleased to present Fugitive Moments*, an exhibition that draws from four decades of artist Gail Thacker’s manipulated and painted Polaroids. Part of the Boston School—a loosely knit group of artists and photographers that includes Nan Goldin, Jack Pierson, Mark Morrisroe, and Tabboo! (Stephen Tashjian), who all studied in Massachusetts art colleges during the 70s and early 80s before relocating to New York—Thacker studied painting, video, and film in the School of the Museum of Fine Arts at Tufts University.

In 1982, when Thacker moved to New York, the city was at its most ragged. Frayed around the edges and dangerous—and eventually shrouded with a cloud from loss of community to AIDS—Thacker lived among the artistic and theatrical milieu that produced groundbreaking work by artists and creators of all stripes. “We lived in a world of obsession—courting danger, playing at the edge of lawlessness. This was my world,” she says.

Along the way, she photographed her friends and collaborators from the past to the present, including Mark Morrisroe, Rafael Sánchez, Tabboo!, Joey Gabriel, Kenny Kenny, Shelley Marlow, and Katrina Del Mar.

Her process of exploiting the natural entropy of the film began by accident, when some of her stored prints from unrinsed film deteriorated—resulting in mysterious ghosted and decaying images that appear scuffed, stained, and awash in alien light. In contrast to the pristine clarity of instantaneous digital imagery, Thacker delves deeply into chance operations that result from the passage of time and the instability and active chemical processes of Polaroid film.

Mirroring the dissolution, decay, and loss around her from AIDS, each Polaroid is responsive to change, mutations, and eventually transformation by the artist’s hand. As art historian Jonathan David Katz puts it, “As AIDS took far too many of [her friends], Thacker displaces her lack of control in real life onto a Polaroid image stewing in its own juices, incorporating corruption degradation—in a word mortality—into a medium famed for its denial of that fact.”

Thacker says that “Polaroids are living things. They’re symbolic of the passing of time and our decay. Their impermanence shows how short and fragile this journey is. I allow ‘death’—the very thing that destroys us, what we and all living things naturally fight against—to reveal the beauty.”

The ghosts of Morrisroe (who died of AIDS in 1989) and others are transmuted. Thacker and multimedia artist Rafael Sánchez bonded while caring for Morrisroe, and after his death Sánchez became Thacker’s closest friend and most prolific collaborator. This close working rapport with flamboyant underground artists and performers—and her expressive self-portraits—are highly personal windows into her world, delving deeply into the power of art to transform loss into beauty…embracing the spontaneous accidents the materials have to offer.

In 2017, Thacker was the subject of a major exhibition, Between the Sun & the Moon, at the QCC Art Gallery of City University of New York and Daniel Cooney Fine Arts. In her review of the Daniel Cooney exhibition in Feature Shoot, writer Ellyn Kail notes:

In their respective essays for the catalogue, both Katz and curator Barbara P. Hitchcock allude to the link between the physical deterioration of Thacker’s Polaroids and the lifecycle of the human body. All photographs age eventually, but this particular artist has sped up the process. If they had been printed immediately, many of Thacker’s images might be purely joyful; after all, these are pictures of artists performing, playing, and loving one another. But her technique casts a melancholy veil over her subjects by reminding us overtly of the persistent passage of time.

*The title of the show comes from Barbara Hitchcock’s essay in the book Between the Sun & the Moon, published in tandem with the 2017 exhibition. 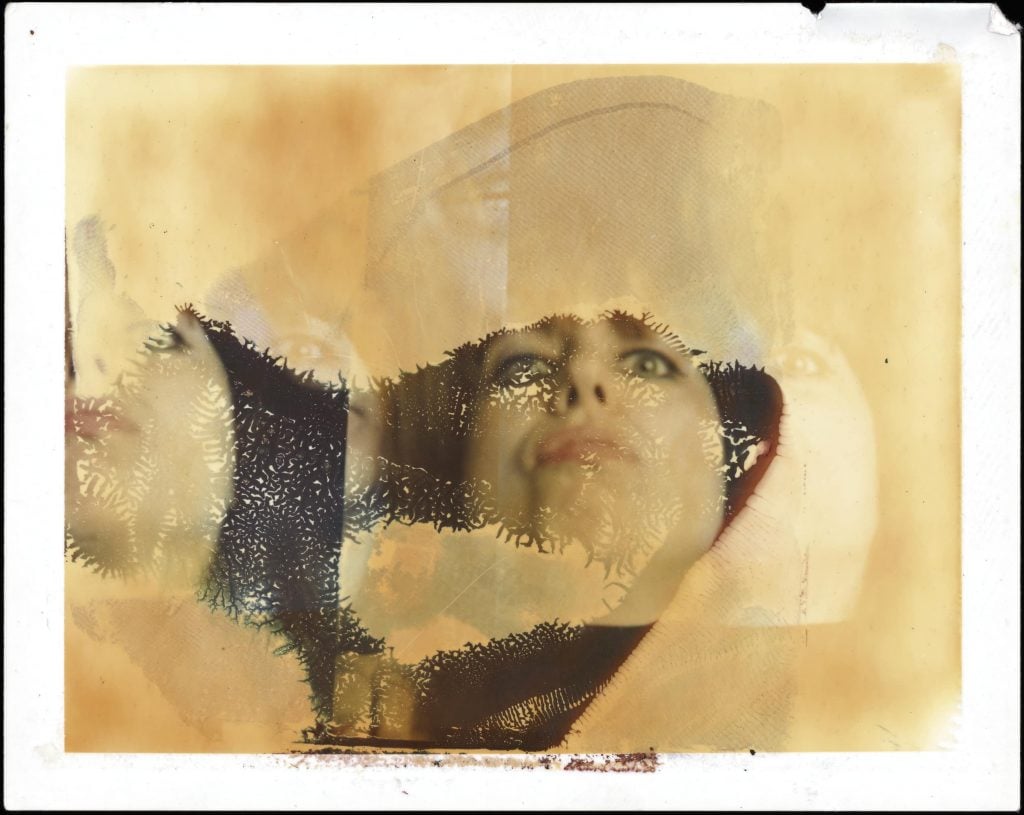 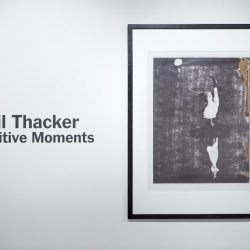 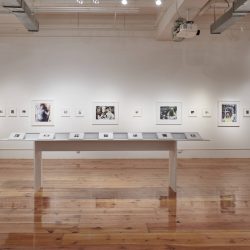 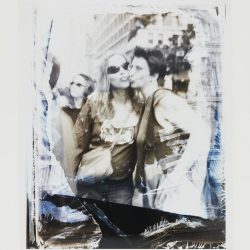 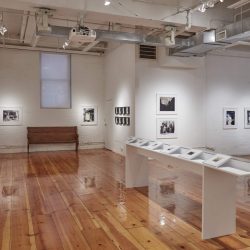 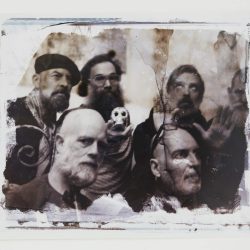 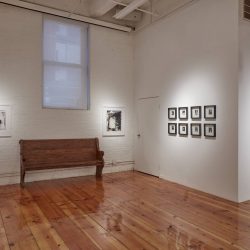 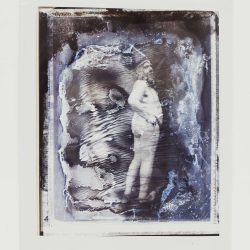 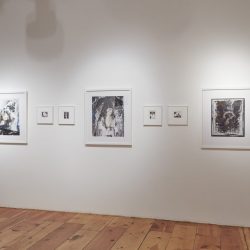 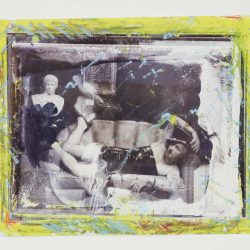 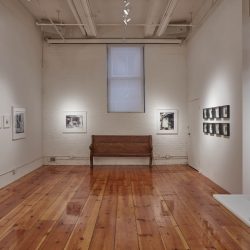 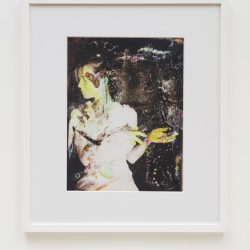 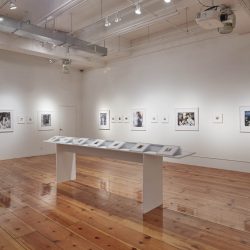 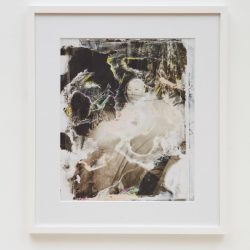 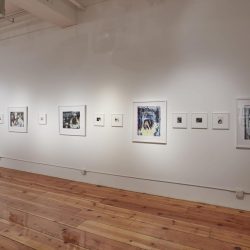 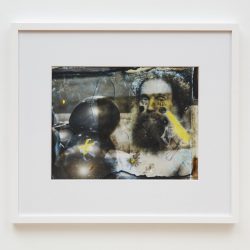 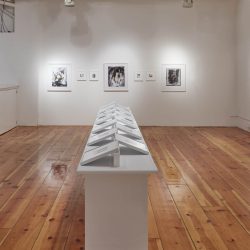 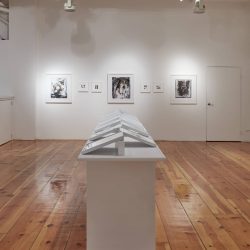 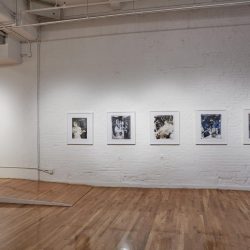 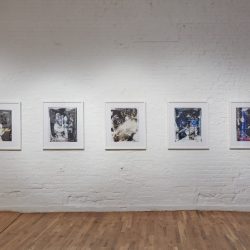