An Installation of Sculpture and Works on Paper

We live as part of an amazing organism that has the capacity to regenerate, given a chance. We also live in the waste stream. Garbage is a combat zone where our desire for comfort and function meets the limits of our nest. —Christy Rupp

Plastic—as both form and content—has figured prominently in her art… It serves as a perfect signifier for the conceptual underpinnings of her work, its pointed critique, and subversive humor. —Nina Felshin, Noisy Autumn: Sculpture and Works on Paper, 2021

Howl! Happening is pleased to present Othered, a new installation integrating images and objects by artist, activist, and thought-leader Christy Rupp. The conceptual underpinnings of her long career have consistently called attention to our interconnectedness with non-humans and habitat—transmuting urban detritus through collage, sculpture, public art, and activism to reveal what is hidden away from common view and understanding. A monograph on Rupp’s work, Noisy Autumn: Sculpture and Works on Paper, with essays by Lucy Lippard, Nina Felshin, Amy Lipton, and Carlo McCormick, and poetry by Bob Holman, was published in 2021 by Insight Editions.

As artists rummaged through the remnants of a crumbling city in the mid 1970s, Rupp developed an interest in urban ecology, noting that the city is an ecosystem with a delicate balance. Transforming that discovery, she created work at the intersection of performance and site, joining a stream of artists breaching the boundaries of the gallery system’s white box.

Subversive and prescient, her early intervention into the landscape during New York City’s garbage strike of 1979—when swarms of rats became the symbol of urban decay—“was a seminal episode in the emergence of street art and a paradigm of what urban art can tell us,” says writer Carlo McCormick. “But as much as the deluge of rubbish and rat attack may have constituted the kind of sensationalist scandal this town has always trafficked in, this was very much Rupp’s point—that rats, like the humans whose filth they have long thrived in, are denizens of the city, neither good nor evil, they simply are.” Her work is less concerned with representation of animals than with the framing of our attitudes toward habitat, and how we construct our opinions of nature.

In Othered, Rupp investigates topics including climate chaos, the industrialization of our food supply, and water pollution through the lens of Discard Studies, a discipline that examines the wider role of society and culture, social norms, and power on the waste stream. Her sculptures of birds, fish, mammals, and microorganisms made from plastic, commercial packaging, credit cards, and bits of industrial debris manifest the voices of invisible microbes and species long displaced. Using wall-scale collage, “she juxtaposes scenes of nature and industrial development with biological specimens and nature-based patterns that are stylized, tamed, and made decorative for human consumption,” says art critic Eleanor Heartney in a recent catalog.

Long before the climate crisis confronting us all was headline news, her work was “galvanized by climate chaos and other ecological nightmares,” says critic Lucy Lippard, “and she pioneered a down-to-earth urban eco art at a time when ecology was understood as politically peripheral and nostalgically wilderness-oriented.”

For Rupp, the materiality of the work—plastic debris and other recycled examples of our rampant consumerism—is “both the medium and the message,” and the subject of her practice points to issues that are current here and now. It is through the artist’s imagination that these timely topics come to life. As independent curator Amy Lipton says in Noisy Autumn, “Few can match the wit, irreverence and impeccable skills of Christy Rupp. Play between the poetic and the real requires a hard-sought balance that Rupp strives for and understands as necessary for taking on some of the most challenging issues of our time.”

Christy Rupp is an American eco-artist and citizen scientist. Born in the Rust Belt of Upstate New York, she was too young for Elvis and too old for Barbie. For the past five decades Rupp has continued the search for clues that might explain how we have arrived at the edge of the Extractocene, a world permanently altered by the presence of Homo sapiens.

Rupp was part of the artist collective Collaborative Projects (Colab)—organizer of the historic Times Square Show—as well as ABC No Rio and other East Village-era artist groups.

She has received grants from Anonymous was a Woman Foundation, Joan Mitchell Foundation CALL Award, National Endowment for the Arts, New York State Council on the Arts, and Art Matters Inc. Her work has been recently shown at the Schunck Museum in Heerlen, Netherlands; Museum of Arts and Design, New York; Zimmerli Art Museum; and ABC No Rio in Exile.She has just launched a career survey, Noisy Autumn: Sculpture and Works on Paper, published by Insight Editions. 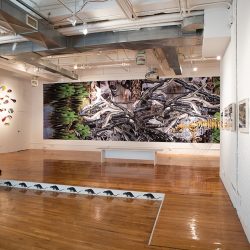 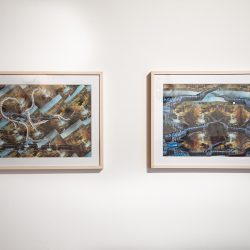 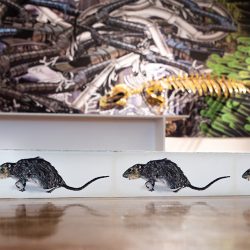 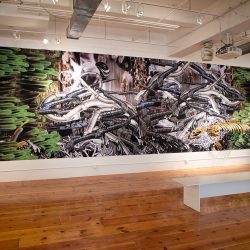 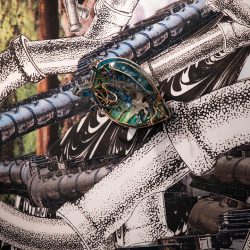 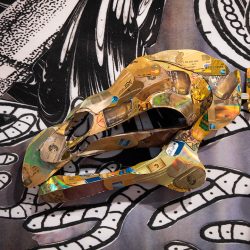 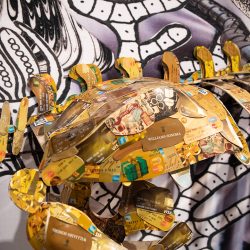 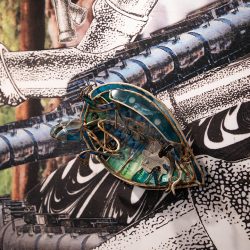 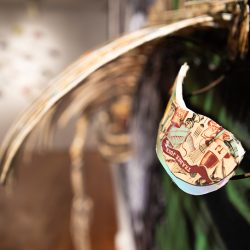 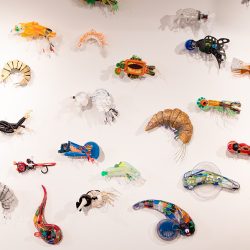 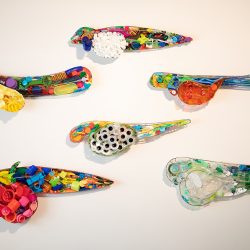 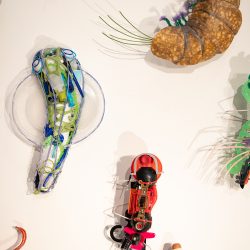 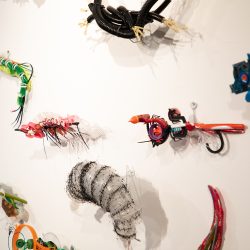 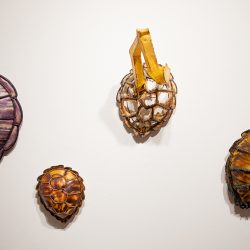 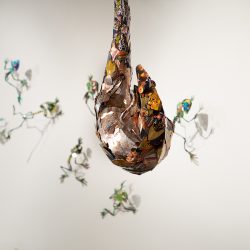 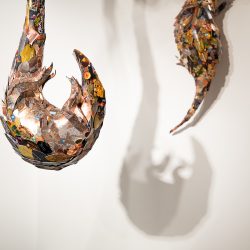 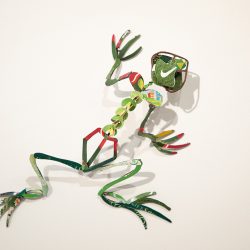