Bobby Grossman had the foresight to bring his camera to CBGB and to start shooting photos that chronicle those intense and important early days. —Chris Frantz and Tina Weymouth

Howl! Arts/Howl! Archive (HA/HA) is pleased to present Low Fidelity, a selection of photographs by Bobby Grossman that documents and sheds new light on icons of New York’s punk-rock scene and the culture that bred other trailblazing artists and musicians of the 70s, 80s, and 90s.

Grossman arrived in New York in 1976 after receiving a BFA from the Rhode Island School of Design (RISD), where he studied alongside friends Chris Frantz and David Byrne of Talking Heads. His first job was assisting Richard Bernstein, the artist responsible for the covers of Andy Warhol’s Interview magazine. At Bernstein’s studio in the legendary Chelsea Hotel, Grossman found himself at ground zero in the early days of punk and the downtown scene.

Grossman also served as the official photographer for Glenn O’Brien’s TV Party, the seminal weekly public-access television show that David Letterman once described as “…the greatest TV show anywhere, ever!” TV Party ran from 1978–1982 and captured the countless artists and innovators on the scene including Blondie, George Clinton, Basquiat, “Fab 5 Freddy” Brathwaite, and Klaus Nomi.

Bobby was one of the first serious photographers to capture me in action back then, and each image brings back valuable memories of a time when we did successfully change and subvert the direction of pop culture. —“Fab 5 Freddy” Brathwaite

Grossman’s work was included in the groundbreaking 1981 exhibition, New York/New Wave, at P.S.1 alongside more than a hundred artists including Kenny Scharf, Robert Mapplethorpe, Keith Haring, Brian Eno, and Nan Goldin. Grossman’s work has appeared in numerous publications and documentaries, though the majority of his archive has remained unseen until now.

Bobby, above all an empathetic person, has the ability to contribute to his subject’s freedom in front of the lens. —Debbie Harry

Bobby Grossman is an artist and photographer. He was born in Manhattan, grew up in Westchester, New York, and earned his BFA at the Rhode Island School of Design. Grossman moved to New York City in 1976, taking up residency at the Hotel Chelsea. Working as a freelancer by day, he found his way to Warhol’s Factory on Union Square, where he was regarded as an insider. During that same period, he became a regular presence while documenting the scene at CBGB and eventually the Mudd Club. Grossman’s reputation as a contributing photographer to both major publications and underground journals was soon well established. His work has appeared in numerous exhibitions, catalogs, and films. His first photo credit was the cover shot for Talking Heads’ 1977 single “Psycho Killer”.

Group exhibitions include the legendary 1980 Times Square Show and the 1981 New York/New Wave at P.S.1. Bande a part, The Cool and the Crazy, and the 2013 show Just Chaos! Images of Early Punk Style at Bookmarc continued to place his work in the public eye. Grossman’s photographs have been shown in museums and galleries worldwide, including solo exhibitions in New York, Boca Raton, Sarasota, and the 2016 Low Fidelity show in Providence, Rhode Island. His earliest contributions to film include The Radiant Child, about Jean-Michel Basquiat; the William Burroughs documentary A Man Within; and the No-Wave documentary Blank City. Grossman was the official photographer for Glenn O’Brien’s public-access TV Party and made a cameo in the film Downtown 81. His work is included in the documentary Fifteen Minutes Eternal, celebrating the Andy Warhol Museum’s 20th anniversary; the 2017 award-winning documentary Basquiat: Rage to Riches; and filmmaker Sara Driver’s 2018 release, Boom for Real: The Late Teenage Years of Jean-Michel Basquiat. Grossman collaborated with Richard Prince on the book Cowboy, Shepard Fairey on the documentary Obey Giant, Debbie Harry on her fashion collection with Obey, and Junya Watanabe for Comme des Garçons. The iconic portrait of Harry shown at Deitch Projects in 2010, along with the 2017 Blondie wall mural at Bleecker Street and Bowery, are additional Fairey collaborations. Other photographic contributions include multiple images for Glenn O’Brien’s 2017 book Intelligence for Dummies: Essays and Other Writings, a 2018 episode of Anthony Bourdain: Parts Unknown, and Debbie Harry’s 2019 memoir Face It. 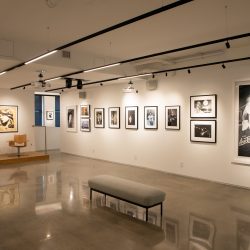 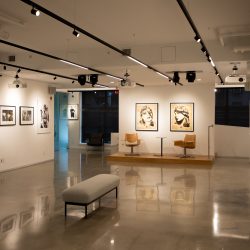 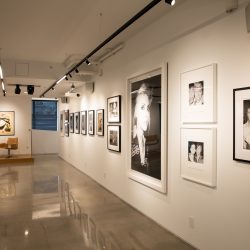 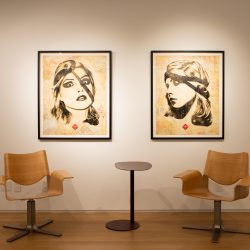 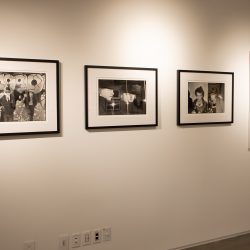 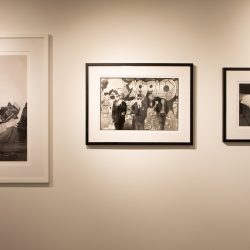 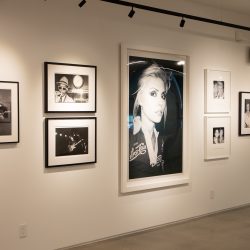 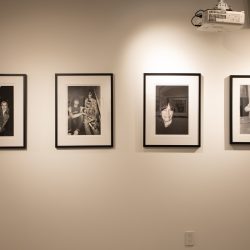 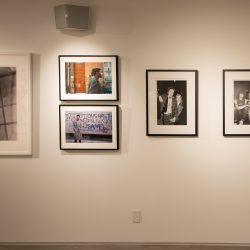 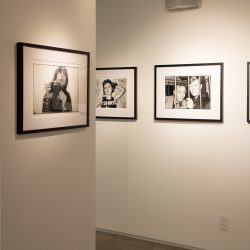 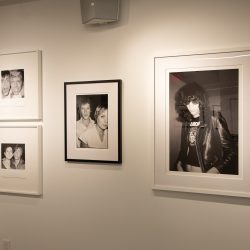 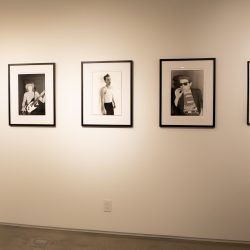 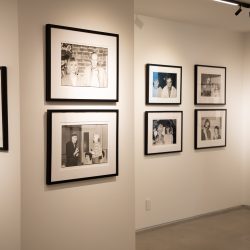 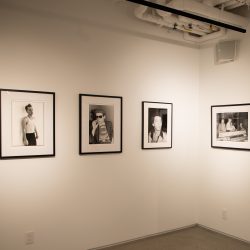 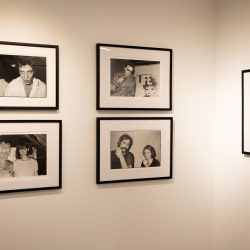 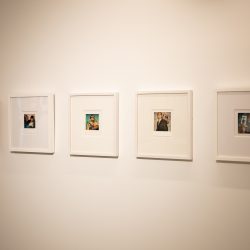 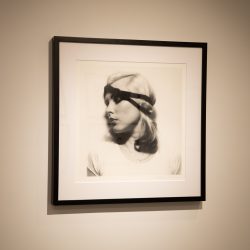 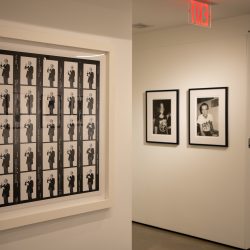 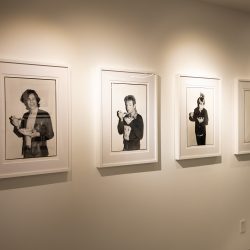 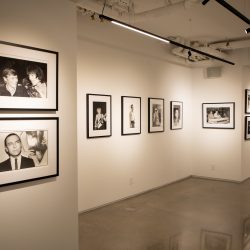