An Interactive Installation Exploring Gender, Sexuality, and Desire Before the AIDS Crisis.

Alone at Last was conceived in 1981 as a video installation that explores issues of gender and fantasy at a time when traditional views of sexuality were not just being challenged but overturned. Created by artists Pat Ivers and Emily Armstrong, both pro-sex feminists when pornography was a hot-button issue in the women’s movement, Alone at Last invites the viewer to initiate an encounter with a stranger in the dark and be seduced, in the process becoming part of the artwork.

This is how it works: A participant (for she/he is no longer just a viewer) enters a darkened booth, and using a touch screen, answers a series of questions: Gay? Straight? Do you like boys who strip? Two girls? A foreign affair? Finally, a video screen brightens. On it, a potential lover including well-known club goers, artists, and personalities of the time appear and attempt to seduce the participant with a performance ranging from 30 seconds to seven minutes.

The 52 seducers represent a spectrum of gender and sexual choices, in a revealing portrait of the wide-open freedom of expression and pursuit of pleasure that characterized Lower Manhattan before the AIDS epidemic changed things forever. Alone at Last compels the viewer to participate through conscious choices and sudden decisions delving into private, perhaps hidden, sexual feelings. It also winks at the idea of television as the ultimate seducer but, through interactivity, changing the dynamic and making it new.

When it was first imagined, technological and financial considerations proved to be insurmountable obstacles to the artists’ vision, and so the project languished for more than 30. Today, a partnership with Howl! Happening has made it a reality. So surrender your inhibitions, get into the booth and finally be Alone at Last. 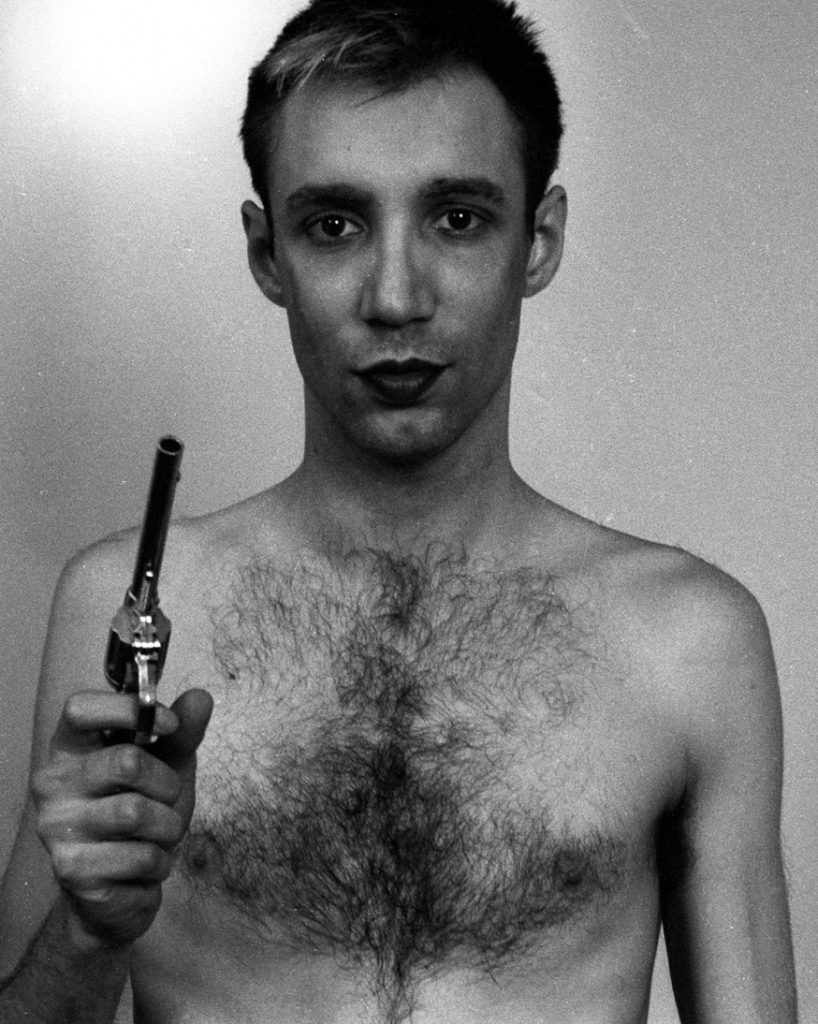 DOWNLOAD
Marvin J. Taylor, Sex in the Seventies, Or Everyone Wants to Be Diana Ross Carlo McCormick, The Look of Love Carole Ann Klonarides, Seduced and Captured, in the Booth With Emily Armstrong and Pat Ivers Max Blagg, Acid Reflux