Threat Assessment by Tim Clifford, an exhibition of works that transform the visuals of American gun culture into meticulously rendered indictments of violence and death.

The exhibition showcases Clifford’s Threat Assessment series; large scale, stark black and white ink and paper inlay drawings of carnival shooting galleries done at life size. Filled with ducks, birds, and abstract geometric designs, Clifford says of the series, Threat Assessment explores the imagery of 20th century carnival shooting galleries and continues my investigation of violence and the way fear manifests itself in the material objects of our culture. The centerpiece of the exhibition is Tragedy Is Not Enough, the largest work yet in the series at 12 x 24 feet.

Target Panic, a series of 100 gouache drawings based on pistol and sniper targets forms an elegant, abstract grid that belies the psychological terror of the title. This series refers to a condition that affects competition shooters and archers when they are no longer able to keep a steady hand or shoot straight. Says Clifford, it’s a psychological affliction that severs the link between hand, mind and eye a situation not unlike the artist or image maker in our world of information overload.

In his essay for the catalogue, scholar and curator Randall Edwards says of Target Panic, The meticulously hand-drawn works recall colorful Suprematist compositions, Agnes Martin’s faint gridded lines, or Gabriel Orozco’s geometric permutations of circles. Excavating found images, however, Clifford’s works are not abstractions, but simulacra, vulnerable representations of images created only to be violently ruptured.

Additional works in the exhibition include A Good Death and Double Blind. A Good Death depicts a willow tree as seen on early 19th-century New England gravestones. The title refers to the history of ars moriendi, the Christian tradition of the art of dying.

Double Blind, a new silkscreen and woodcut print made for the exhibition at Prints of Darkness in Long Island City, features two targets in black and white printed over a newspaper image of two boys carrying a parade float with a banner reading “Our All American Town.”

Clifford’s first solo exhibition is timed to coincide with the third anniversary of the school shooting at Sandy Hook Elementary School, Clifford’s childhood school in Newtown, Connecticut. Both series are part of his ongoing investigation of the way fear and violence are encoded in our cultures vernacular objects. 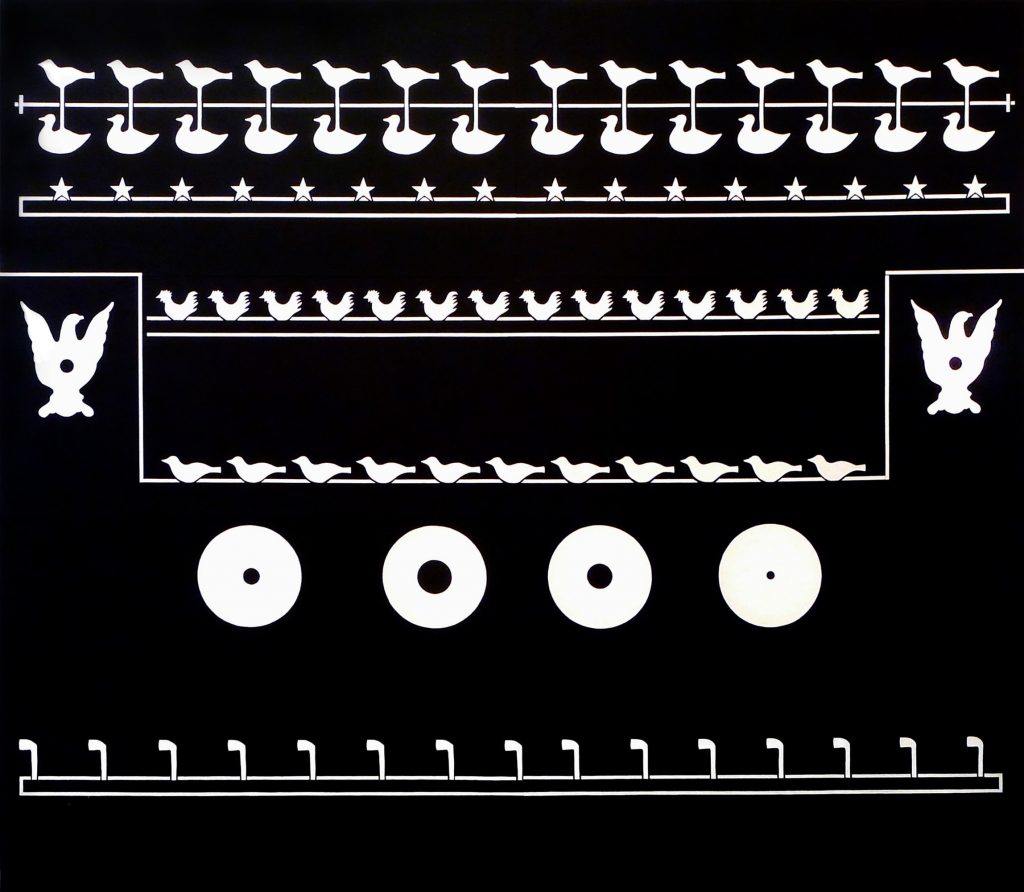