I’ve been a fan (and friend) of Zito’s for several decades now. I call him “Pirate Zito,” partly because of his somewhat piratical appearance, but more because of the attitude and approach to his creative expression. (Also, for some years now, Zito and I have been mutually convinced that in previous lives, in a previous century, we served together on the same pirate ship!) In any case, Zito has always sailed his own ship and navigated his own colorful waters (often by bicycle) through the hallucinatory streets of lower Manhattan.

Oblivious to categories, Zito’s work must be maddening to the more academic assessors. Is he a “street” artist? An “outsider” artist? A “punk” artist?  A “portrait” artist? An “artist-for-hire”? Of course, he’s all these things, but really none of them in particular. 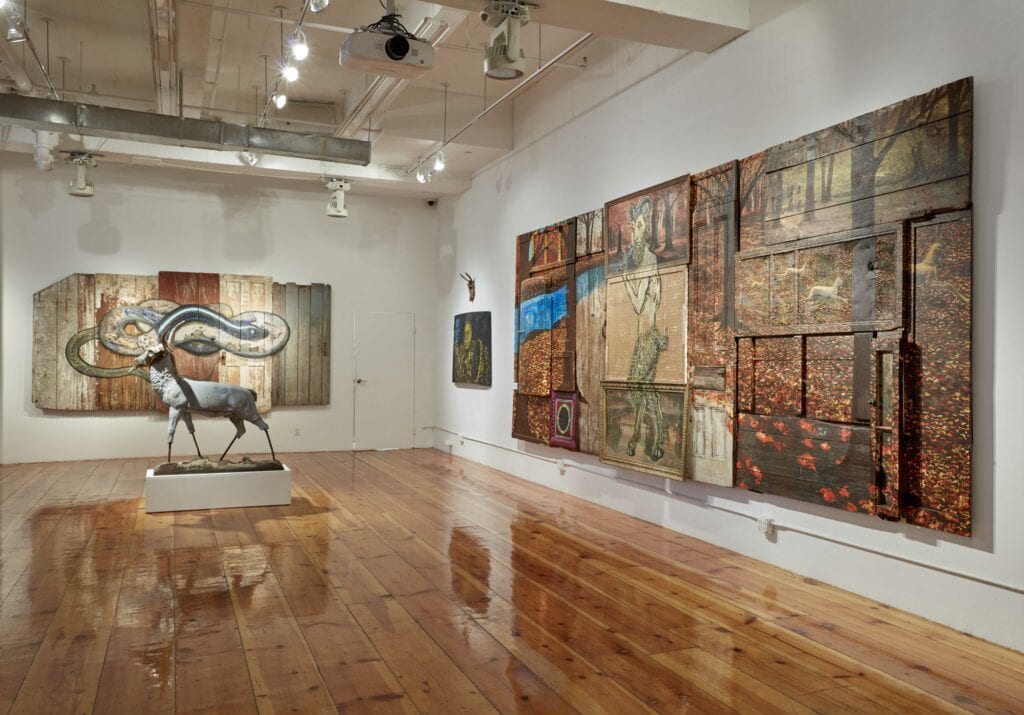 Personally, I love his sometimes activated “artist-for-hire” persona: “Bring me something to paint on! A piece of metal or wood, a plate, a coffee cup, a lid, a door or grill, a radiator…” and then, “What do you want me to paint on it? A landscape? A historical portrait? A family member? An icon?…” I have commissioned Zito several times, and have a fantastic portrait of Lee Marvin he created for our film Coffee and Cigarettes, another of the great Ethiopian musician Mulatu Astatke that he painted for Broken Flowers, and a Lion of Judah on a metal tea or cocktail tray, as well as several other pieces I have collected.

Howl! Happening gallery is an important artistic vortex in New York City, and one of my personal favorites. Now they are presenting a show of all new paintings by “Pirate Zito”—certainly a cause for uncategorizable celebration!