THE SURREAL SATIRICAL CULT WEB SERIES IS BACK

The best show you’ve never seen is back for a second season. Zhe Zhe is a hilarious satirical web series about the glamorous misadventures of three fame-famished posers in a post-reality New York. Created by stars Ruby McCollister , Leah Hennessey , Emily Allan and director E.J. O’Hara , Zhe Zhe offers an unflinching look at the dystopia that has become our reality. Filled to the brim with music, magick and mayhem, Zhe Zhe goes where no other web series has dared to go before.

The first season of Zhe Zhe foresaw 2017: the rise of Donald Trump’s army of clones, the gender revolution and its discontents, the mainstreaming of wing-nut conspiracy culture and the commodification of political protest.

Cinephiles and Snapchat addicts alike will delight in Zhe Zhe ’s DIY couture. Think Absolutely Fabulous meets The Cremaster Cycle . Like if Camille Paglia and Susan Sontag were on Celebrity Death Match . Like if Girls went to EGS. Ryan Trecartin does The Secret Garden .

“On the heels of the absurdist success of Broad City, Zhe Zhe offers something that the former cannot: a far more unabashed alternate reality that foretells the imminent doom of New York as a place for artists. As though they bottled some camp from The Mighty Boosh …the aesthetic of Zhe Zhe, named for the two-girl band it stars, is surrealist DIY at its finest – with plenty of wigs, to boot” -Culled Culture

Episode 1, “Back From The Dead”, will premiere on May 15 on youtube.

Episode 1, “Back From The Dead”, will premiere on May 15 on youtube. 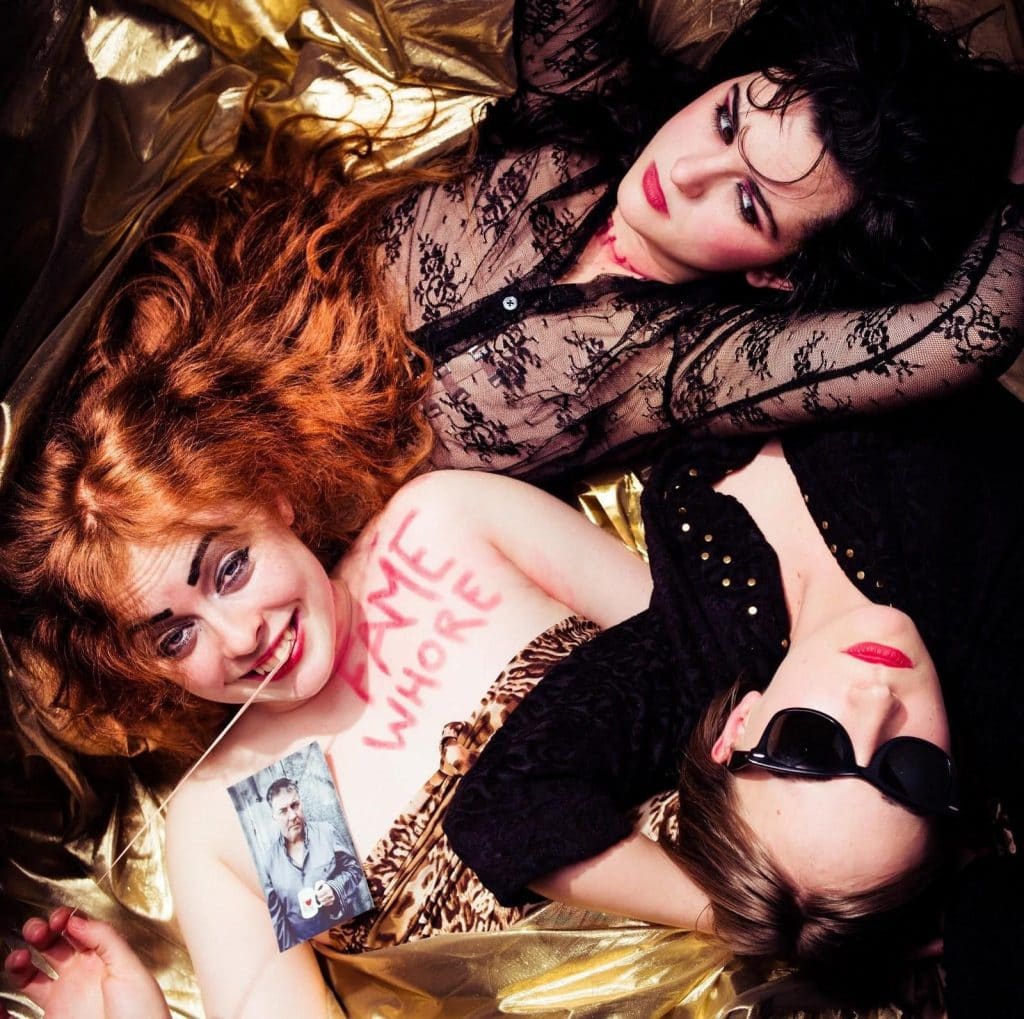