Performance art is anything done with purpose and style. —Tom Murrin

Howl! Happening is pleased to present Tom Murrin: Welcome to Alien Flight School, a showcase of performances, masks, and props from The Howl! Arts Archive, Collection: Tom Murrin. Also known as The Alien Comic and Jack Bump, Murrin (February 8, 1939–March 12, 2012) was a performance pioneer whose life and work inspired artists and audiences for more than 40 years. The Howl! Arts Archive includes  his masks, costumes, scripts, correspondence, photographs, and performance videos, dating from the early 70s.

At Spring/Break, Howl! will be showing an array of handmade masks, costumes, and videos that contextualize Murrin as an artist and performer. Known for engaging audiences directly in his mercurial and frenetic performances, visuals were a unique part of Murrin’s shows. He made no distinction between his art and performance,and was a masterful maker of masks and costumes using humble materials like cardboard, plastic bags, and funky objects found on the street. Rarely seen videos—like Merrill Aldighieri’s footage of a performance in Riverside Park in which Tom teaches parkgoers how to turn themselves into flying aliens—bring to life the full range of his work.

As a writer, entertainer, performance artist, actor, provocateur, itinerant hit-and-run showman, and in the loosest sense community organizer and teacher, Tom never wanted to differentiate between the various aspects of his creative practice and engagement with the world. As long as it was understood that everything—Luna Macaroona, The Alien Comic, Tom Trash, or Jack Bump doing Balloon Theater or Avant-Garde-Arama; playing punk rock clubs, playgrounds, and theaters; playwriting or being a journalist; and supporting many generations of younger performance artists—was of one entirety. 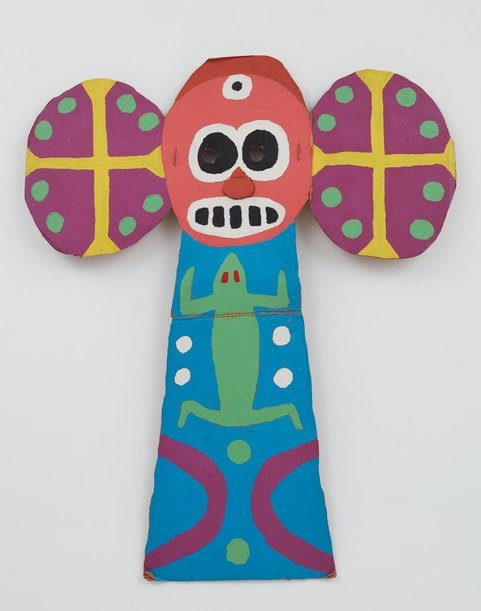