Join us for an evening celebrating The Mudd Club, with stories told by Richard Boch as well as never-before-seen images from collections of artists both famous and notorious. Legendary Mudd Club DJ David Azarch will provide a curated soundtrack exclusively for Howl! Happening.

The legendary Mudd Club…you probably couldn’t get in. Jean-Michel Basquiat and Jeff Koons partied with David Byrne and Lydia Lunch. Uptown cognoscenti flirted with the children of the outer boroughs as they brought the Wild Style to the city.

The downtown New York scene was more than punk—it was a mad, brilliant chaos of cheap rent and experimental art. The Mudd Club was its nexus, the place that birthed the Eighties. Keith Haring claimed membership while Andy Warhol was only a guest. Debbie Harry learned to rap from Fab Five Freddy while Klaus Nomi practiced arias and served home-cooked pastries.

The decadence lasted only from 1979 to 1983, but artist Richard Boch was there for every single moment. As the doorman of the legendary Mudd Club, he saw everything and remembers it all. “Standing outside, staring at the crowd, it was ‘out there’ versus ‘in here,’ and I was on the inside. The club was filled with the famous and soon-to-be famous, along with an eclectic core of Mudd regulars who gave the place its identity…No Wave and post-punk artists, musicians, filmmakers, and writers living in a nighttime world on the cusp of two decades. There was nothing else like it.”

Richard Boch is an artist, writer, and lifelong New Yorker. He was born in Brooklyn, grew up on Long Island, and studied printmaking and painting at The University of Connecticut and Parsons New School for Design.

In 2016, Boch narrated a slide presentation at Howl! Happening related to the New York club scene. Recent exhibitions of his work include a group show at McDaris Fine Art, a suite of multimedia prints titled A Throwback Thrown Forward, and a series of “Page Paintings” as part of No Wave Heroes. In addition, Boch is currently editing Bobby Grossman’s Low Fidelity: Still Photographs 1975­–1983, and recently contributed a sidebar to Allan Tannenbaum’s Grit and Glamour: The Street Style, High Fashion, and Legendary Music of the 1970s. 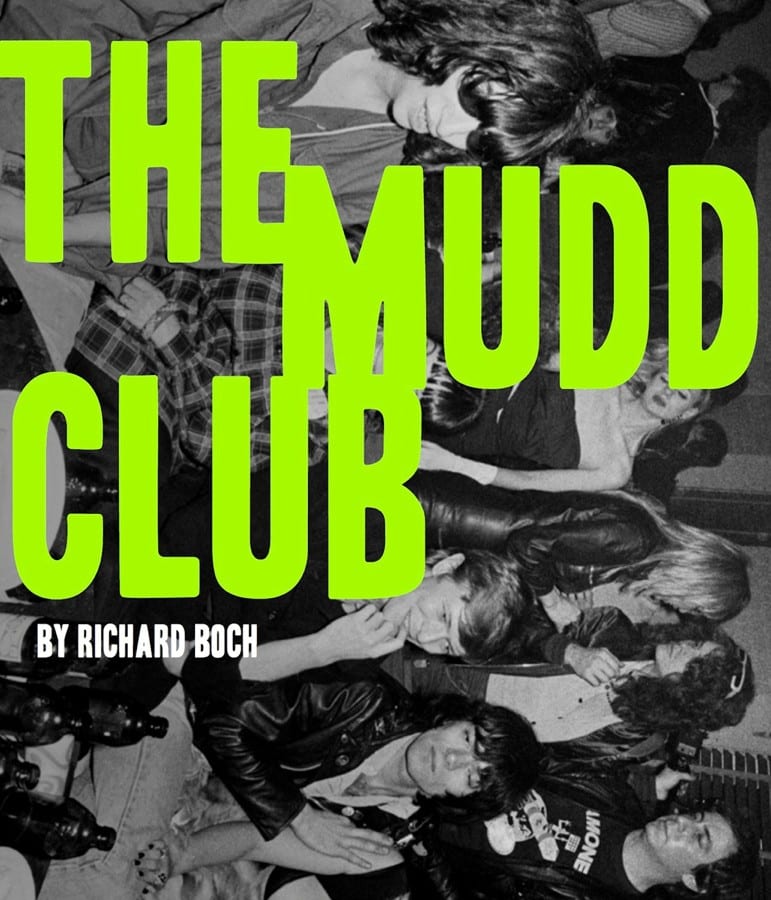