An entertainingly appalling, cheerfully nihilistic portrait…comically bodacious actress Philly may remind viewers of the Divine of the early John Waters films, but her performance here is tougher. —THE TENNESSEAN

Howl! Happening is pleased to present Todd Verow’s award-winning film Once & Future Queen starring Philly Abe. The screening is part of the events celebrating her life and memorial exhibition This Side of Heaven.

Anti-Matter (Philly) is the queen of nothing, the ruler of nowhere, the monarch of cyphers—in other words, she’s too cool for you—but can you put her up for the night? Drifting through the Lower East Side like the death rattle echoes of rock and roll, she’s on a desperate, desolate mission to get her band together and finally conquer something…anything. Her manic manipulations and chaotic philosophies never seem to gel in the present—she’s either a step behind or two steps ahead. Her therapist (Brenda Velez) can’t help her. Anti-Matter just wants to get drunk with her A.A. buddy (Eric Sapp).

Old friends (Jennifer Blowdryer, Kid Congo Powers) don’t want anything to do with her. New “friends” (Lee Whittier, Tia Sprocket) simply don’t know what to do with her. Bored with the dangling fly striptease of fame that has eluded her whole life, she’s nevertheless only alive onstage—dreaming of a place where no one will unplug that amp, threaten her life, or shove her out the door in the morning. Of course, her rampant drug and alcohol use and frequent homelessness don’t help—plus she isn’t getting any younger and has been married more times than Liz Taylor. As her connections to reality slip away in the haze of her traveling sideshow lifestyle, the inferno of celebrity and self-destruction seductively beckon.

You may leave this latest Todd Verow feature feeling vaguely unclean, but if you haven’t been entertained, it won’t be for the lack of effort of Verow and New York scene queen Philly. If you’re not glued to your seat as Anti-Matter drinks, f**** and pill-pops her way across the Lower East Side, you’ll be running for the door. —LA WEEKLY

What the press is saying:

…DV filmmaking icon Todd Verow’s Once & Future Queen stars Philly as a down-and-out rocker seeking fame and friendship. The film’s episodic structure and dense sound design, as well as Verow’s visual acumen, make this one of his strongest films to date. —RES MAGAZINE

Whether she’s draining the booze from an alcoholic friend’s pad (“to remove all temptation for you”) or sullenly raiding the refrigerator of one of her three ex-husbands (“he’s just pissed because I pulled a knife on him”), Anti-Matter is the pitch-perfect intersection of where narcissism crosses arrested ability. —THE DALLAS OBSERVER

…Vivid and unpredictable…a fascinating bundle of contradictions. —THE CHICAGO READER

About PHILLY ABE
Philly Abe (1949-2018) was a multifaceted artist living in NYC. Her acting credits include many films with the Kuchar Brothers (George and Mike Kuchar) and Todd Verow. She was an intuitive performer. While working on a CBC radio documentary on Lindsay Kemp, she was offered a scholarship with the troop and never looked back. Ritual and trance are an important part of her work, in an unending chain from political street theater in the 60s to underground film. Her mercurial androgynous performances have gained her a cult following around the world.

Todd Verow was born in Bangor, Maine, on November 11, 1966. He started acting and directing plays as a child, and making movies while attending Rhode Island School of Design. He made short experimental films and worked as a cinematographer before making his feature film debut with Frisk, which had its European premiere at the Berlin Film Festival in the Forum 20 years ago. Starting his own production company Bangor Films, Todd has directed over 20 features and numerous shorts, establishing himself as the most prolific auteur emeritus of the New Queer Cinema. He is fiercely independent, and chooses to finance, write, produce, direct, photograph, and edit his own movies. 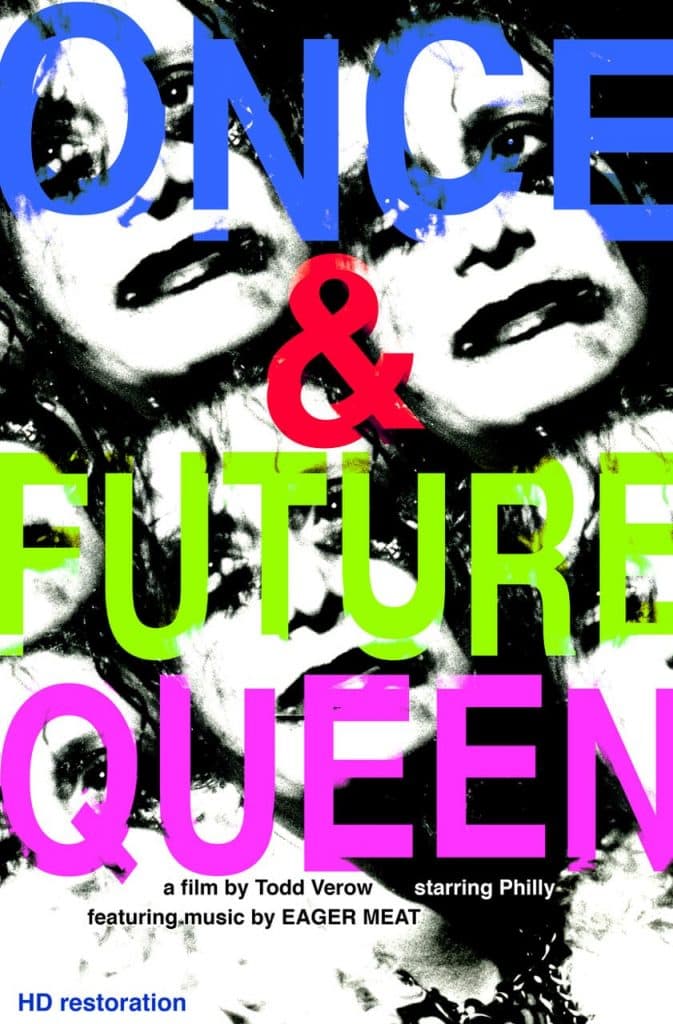