Michael Holman: An Evening of Films & Discussion with David Hershkovits

Michael Holman: An Evening of Films & Discussion with David Hershkovits

Howl! Happening is pleased to present a screening of Michael Holman’s short art films and a discussion with David Hershkovits as part of the exhibition Zeitgeist: The Art Scene of Teenage Basquiat, which looks at the Downtown and East Village scenes where the young artist left his indelible mark. The films attest to the important role Holman played in shaping the look, sound, and flavor of the early 80s downtown art scene in New York City. Stilwende—or, a changing wind or time in German—is a short film that captures construction workers as they gut the Tribeca club Tier III and transform it into a Bauhaus-inspired, minimalistic club called Stilwende.

Holman’s Catch a Beat was the first hip hop film ever made. Finished in 1981, it aired at The Ritz on East 11th Street as an opening act for the Zulu Nation Throwdown (DJ Afrika Bambaataa, DJ Jazzy Jay, the Rock Steady Crew, and MC Ikey Cee) who were themselves the opening act for the evening’s headliner, Bow Wow Wow.

Also included in the screening are Holman’s never-broadcasted experimental TV commercials, which he calls his “ignorant ads.” Holman uses his own source footage, combining it with random real-and-existing corporate logos to create absurdist versions of TV ads.

The films will be followed by a discussion and Q&A with Holman and David Hershkovits about Holman’s work, the environment—time and place—of the early 80s, the Downtown scene, and the direction of the cultural climate today.

After moving back to New York City in 1977, David Hershkovits embedded himself in the downtown scene as a writer and editor of the Soho Weekly News. In 1984, he was a founder of Paper magazine where he served as publisher and editor-in-chief for the next 33 years.

In 1982 he was the only reporter on the New York City rap tour that introduced hip hop culture to France and England. He was on the bus along with iconic figures of today that included Afrika Bambaataa, DST, Fab 5 Freddy, Dondi, Futura, Ramellzee, Phase 2, The Rock Steady Crew with Crazy Legs and the Double Dutch Girls.

He is the host of the forthcoming Howlarts podcast “In the Beginning…” And an adjunct professor at CUNY/Queens College where he is teaching a graduate class on the role of media in the evolution of 70s, 80s and 90s counterculture in New York City.

A New York resident since 1978, Michael Holman has been a creative and cultural force within, as well as ambassador of this great city for 40 years.

As an artist and social observer, back in the early 80s, Holman captured unforgettable moments on film and video of a powerful new subculture called hip hop. As a true hip hop pioneer, Holman worked diligently through his numerous published writings, interviews, film and television productions, and public events to propel the culture onto the global stage and was the first writer to officially use the term hip hop in a publication (East Village Eye, January 1982).

Holman, along with artist Jean-Michel Basquiat, formed the experimental band Gray, producing layered avant-garde music in combination with performance art and living, sonic sculpture. Gray performed at legendary nightclubs such as CBGB, Hurrah, Club USA, Tier III, and The Mudd Club in the early 80s. Recent performances include shows at (Le) Poisson Rouge, Brooklyn Academy of Music (with Questlove of The Roots), Corcoran Gallery of Art, and the New Museum.

The film Gray, Live at the New Museum was shown at Art Basel Miami Beach; at the opening of the new Parrish Museum building in Water Mill, Long Island; and at the International Beethoven Festival in Chicago.

As a visual artist, Holman has exhibited his paintings and fine art videos in important group shows such as the Spring/Break Art Show (in 2015 and 2017). In 2018, a solo show of his paintings was exhibited at the Massey Klein Gallery in New York City.

As a performance artist, Holman presented Confessions of a Subculturalist at the Bruno Walter Auditorium of The New York Public Library Jerome Robbins Dance Division (2017), and The Subjective Gaze at MoMA (2018).

As a filmmaker, Holman wrote the screenplay to Miramax’s Julian Schnabel feature film Basquiat; wrote, produced, and directed children’s programming for Nickelodeon, including the Ace Award-winning Blue’s Clues and Eureeka’s Kastle; produced and directed numerous award-winning MTV music videos; and taught screenwriting and filmmaking at Howard University, The New School for Social Research, the School of Visual Arts, City College of New York and other institutions of higher learning. 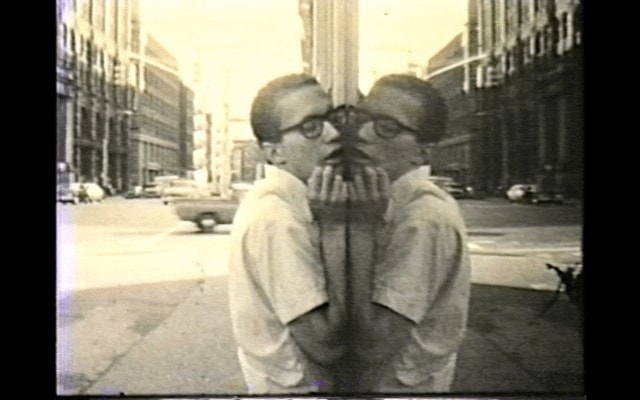