Legs McNeil Artie and Me

Legs McNeil Artie and Me

If it wasn’t for Artie, Joey Ramone and I would’ve starved to death. —Legs McNeil

Join us for a very special closing event in honor of Arturo Vega’s Insults painting exhibition. Legs McNeil and Arturo Vega were close friends for more than 40 years. Legs first became friendly with Joey Ramone, who was living at Artie’s loft. Through Joey, he and Arturo became friends. Legs began staying over at Artie’s loft in 1975 because he was too drunk to make it back to the “Punk Dump,” the Punk magazine offices on Tenth Avenue next to the entrance to the Lincoln Tunnel.

Drawing from interviews and adventures they had together, Legs weaves together a portrait of the artist and his early life in New York City. The interviews grew out of a Spin magazine article he wrote, The Last Days of Times Square, which was turned into a feature documentary for the BBC by director Mary Harron (I Shot Andy Warhol and American Psycho) and McNeil. Since Arturo had once worked at the Orange Julius stand in Times Square, Arturo’s interviews are a key feature of the documentary.

Legs McNeil is the co-author with Gillian McCain of Please Kill Me: The Uncensored Oral History of Punk, the all-time bestselling book on punk. The 20th Anniversary Edition of Please Kill Me will be released in May 2016 with new chapters, photos and an afterword by the authors. Also in May, Please Kill Me: Voices From the Archives, a two-hour radio special, will premiere on National Public Radio stations. Taken from the original interviews for the book, this audio documentary uses the voices of Lou Reed, Iggy Pop, Patti Smith, Joey Ramone and many more to tell the story of this underground music revolution. 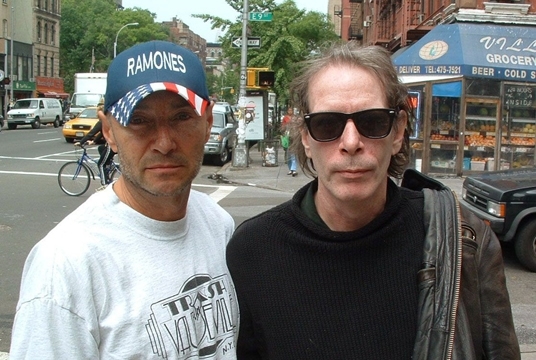