Kevin Duffy John Fleck is Who You Want Him to Be

Kevin Duffy John Fleck is Who You Want Him to Be

Kevin Duffy’s groundbreaking documentary John Fleck Is Who You Want Him to Be focuses on the legendary performance artist who was the target of government-sanctioned homophobia. In 1990, at the height of so-called “Culture Wars” and the AIDS crisis, the controversy led to an ambiguous U.S. Supreme Court ruling which implicated the separation of church and state, freedom of speech, and government funding for the arts.

In this film, which explores shifting identity and how we define ourselves in relation to the other, Duffy reinvents the documentary form by implicating the viewer in a dialogue with Fleck. He uses 25 years’ worth of archival footage as a memory track to his profile of the revolutionary artist and ultimate survivor, including shocking performance footage not seen since the controversy.

The filmmaker—who trails the artist as he prepares for performances at the New Museum in New York, and California State University, Long Beach—intercuts raw, archival footage with a compelling interview, in a kaleidoscopic portrait of this often misrepresented innovator. View the Trailer

About Kevin Duffy
About John Fleck 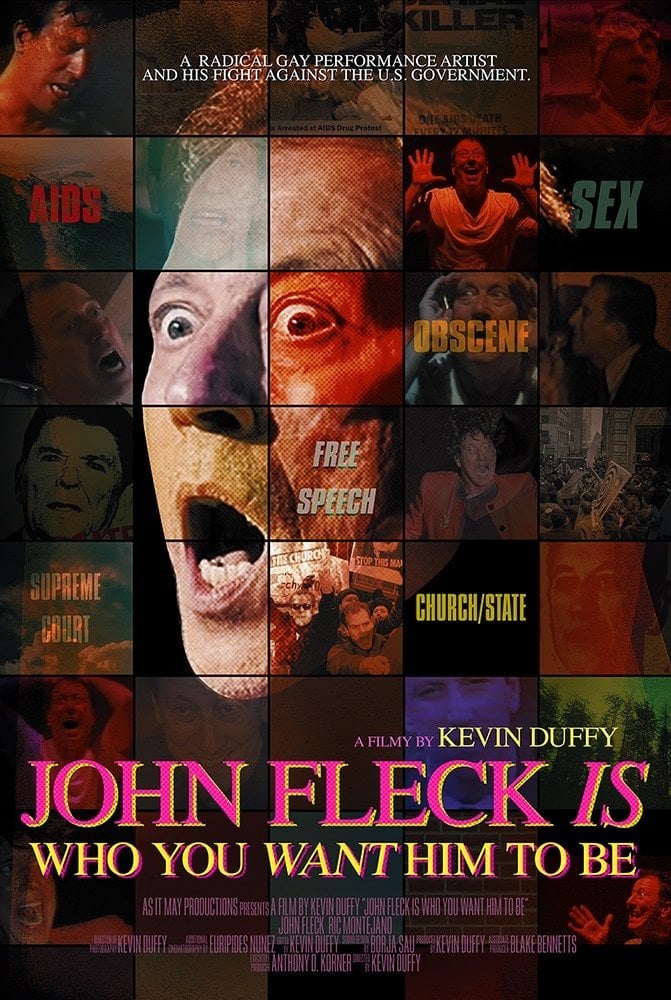