Join Jane Dickson and Scott Dougan, production designer of the HBO series The Deuce, for a conversation about what it means to capture the essence of a particularly infamous time and place in the city—and why we find these visions of New York’s gritty and not-so-distant past so alluring today.

Although virtually undetectable today, Times Square in the 1970s and 80s was the center of the New York sex industry, synonymous with prostitution and pornography. The hit HBO series The Deuce, starring James Franco and Maggie Gyllenhaal, has resurrected the neighborhood’s dark corners and bright lights as it recounts the pioneering moments of the city’s burgeoning sex business. Looking back, artist Jane Dickson was there. Beginning in 1978, Dickson lived, worked, and raised a family on 43rd Street and Eighth Avenue, documenting her chosen “neighborhood” and its denizens in her drawings, paintings, and photography.

Jane Dickson is a painter and photographer who documented Times Square from 1978 onward. Today, Dickson’s work is represented in more than 30 museum collections including the Whitney Museum of American Art and the Metropolitan Museum of Art. Her newest book, Jane Dickson in Times Square, was published in October 2018 by Anthology Editions.

Scott Dougan is currently production designer for HBO’s The Deuce. He began his career as a theatrical set designer, and most recently served as art director for films including Collateral Beauty (2016), Allegiant (2016), and Bridge of Spies (2015), as well as production designer for American Animals (2018) and Monsters and Men (2018). 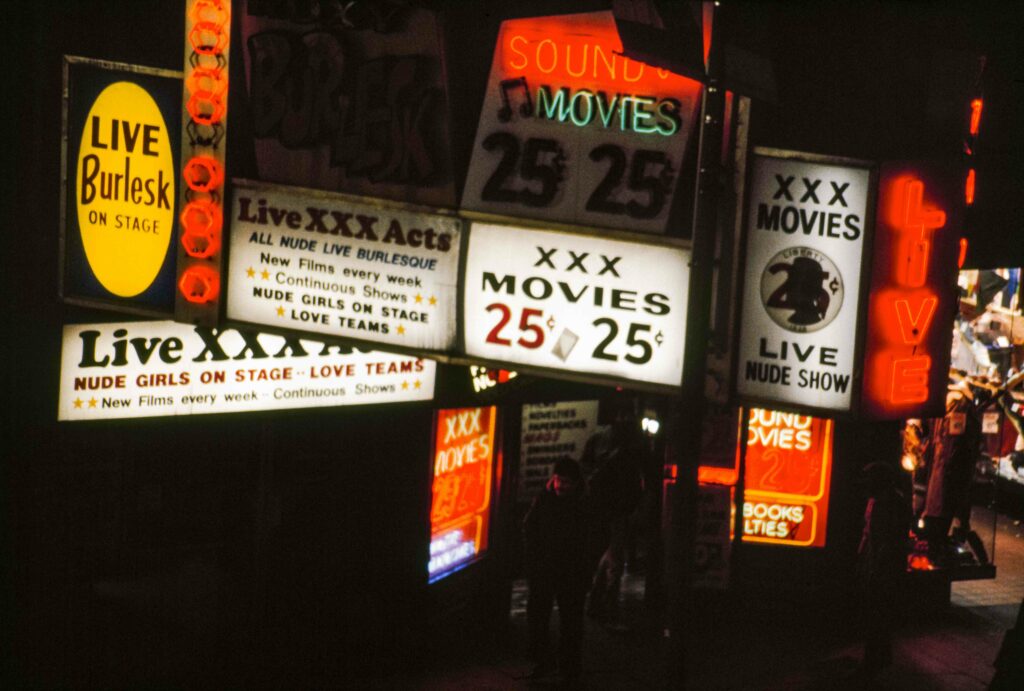