Howl! Happening: An Arturo Vega Project is pleased to shine a light on another important source of East Village social and cultural history: The East Village Eye. A monthly magazine published from 1979 through 1987, The East Village Eye focused on popular and avant-garde culture, politics and other issues relevant to the East Village and environs. Self-styled as “a community in print,” the magazine is noted for its groundbreaking coverage of the emerging punk, new wave and hip hop music scenes of the time, as well as the influential art, literature, film and performance worlds of the era.

Artist and Colab co-founder Christof Kohlhofer was the first art director of the Eye. Kohlhofer, who studied with Joseph Beuys, introduced Abrams to the influential artists who were a part of the flourishing EV art scene. “I credit Christof with steering the Eye towards art, but also for injecting a Beuys-like approach. Basically doing whatever was necessary at the time,” says Abrams in the 2014 Hyperallergic article The East Village Eye: Where Art, Hip Hop, and Punk Collided.

As a result, the magazine featured art world luminaries including David Wojnarowicz, Richard Hell, Cookie Mueller, Lucy Lippard, and Rene Ricard. The magazine’s covers read like a who’s who of cultural influencers like Patti Astor, Robert Mapplethorpe, and Vito Acconci; emerging artists such as Sue Coe, Barbara Kruger and Kiki Smith; as well as musicians like Patti Smith, Run DMC, Annie Lennox, and the Beastie Boys.

Richard Hell explained how he and other New Yorkers, and not English kids, “invented” punk; Cookie Mueller dished out bold and often hilarious health advice; Glenn O’Brien, the leading avant-pop writer and media figure, expounded on the New York Yankees; and the aforementioned David Wojnarowicz wrote about his harrowing past and present as a street hustler and later as an artist living with HIV.

Creative collaboration was the hallmark of the magazine’s legacy. “The mix of fashion, music, art, politics, comics etc., the way it was presented by the Eye, the constant changing impact through all those different people who worked on the paper, and Leonard’s attitude not to interfere with that, made it a very lively subject,” says Kohlhofer in the Hyperallergic article.

Over a period of eight years, the magazine chronicled the spectacular rise and eventual implosion of the East Village art scene. The Eye‘s coverage of the arts and music scenes helped illuminate the psychosocial conflicts running through EV/LES culture, NYC, and beyond. Later issues of the Eye touched upon the beginnings of radical changes in the neighborhood. In April 1986 the magazine ran a feature on the rise of “The East Village Yuppie.” Sixth months earlier, the Eye’s art editor, Carlo McCormick, published an obituary for the neighborhood’s art scene. “Though the greed and envy have disbanded our beautiful community,” wrote McCormick, “the East Village will continue to exist as the simulacrum of itself. The art world is finally ready to preserve our youth like the glamorous visage of the internally decrepit Dorian Grey.”

Ultimately, The East Village Eye was the monthly record of a time and place in which the radical shifts of the post-Vietnam era produced a reckless thirst for experience and expression that redefined the world we live in today. Through this exhibition, Howl! Happening stands in solidarity with the EV/LES artists and community—past and present—whose creativity continues to fuel us.

A special edition of The East Village Eye will act as the catalogue. The tabloid-sized magazine will include historical essays; political commentary; articles about current events and people who are impacting our world; and guides to goings-on in downtown Manhattan and Brooklyn. 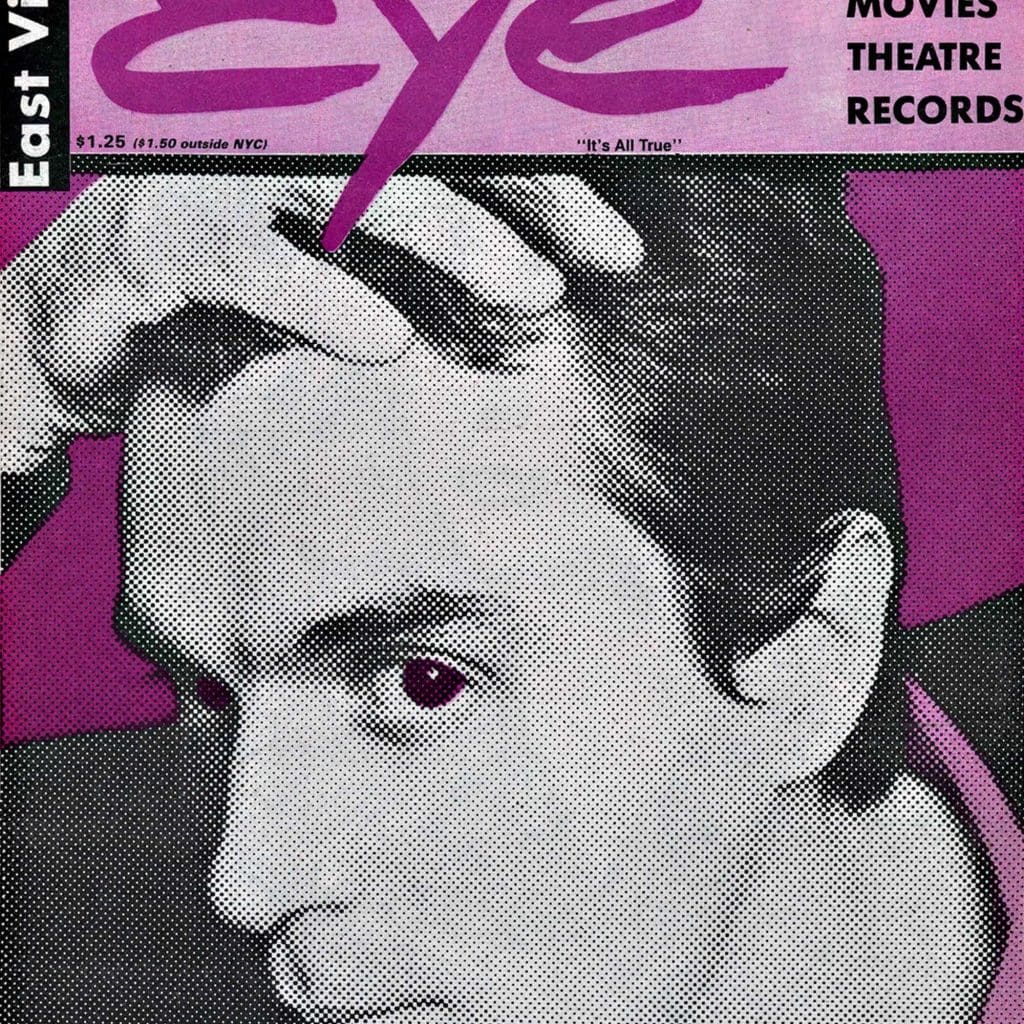 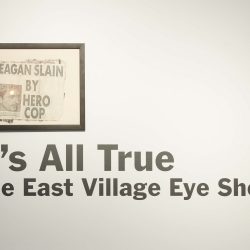 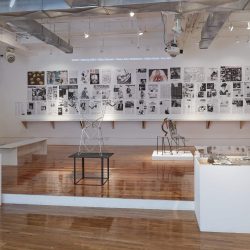 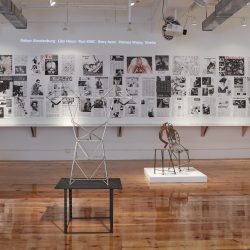 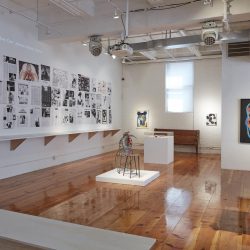 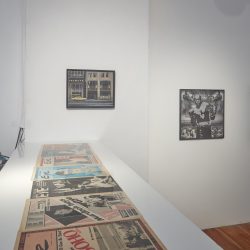 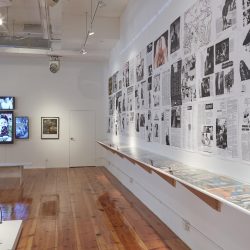 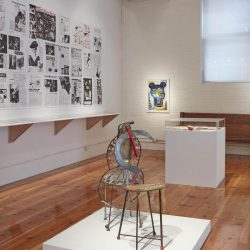 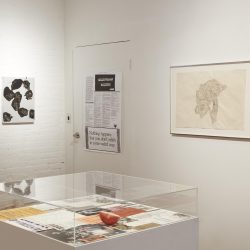 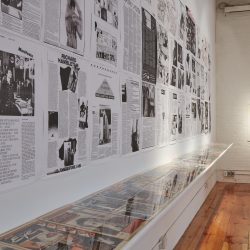 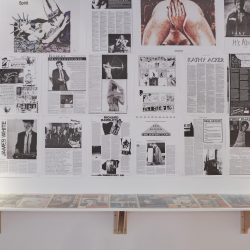 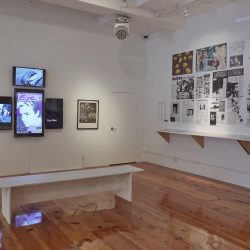 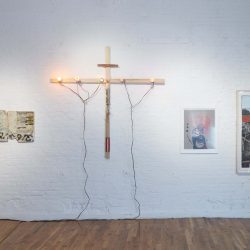 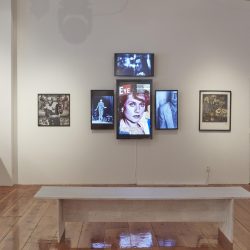 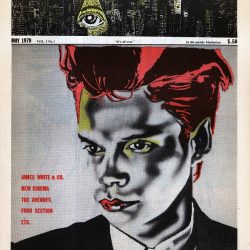 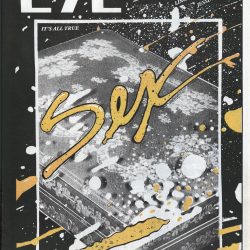 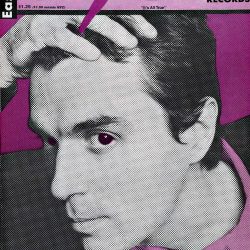 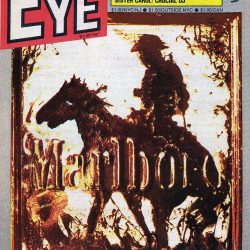