A flashpoint of the “downtown” music scene—though located on 62nd Street—Hurrah was the first large dance club to feature punk, new wave, and industrial music. With his finger on the pulse of the behind the scenes action as the longtime Doorman/Greeter of Hurrah from its genesis in the late 70s to its closing in 1981, John Phillips hosts two evenings that launch an ongoing series paying tribute to the legendary club’s history.

Of particular note, it was the first club to regularly feature music videos, positioning monitors throughout the club (see Merrill Aldighieri’s world premiere videos screening below). Mixing it up as a showcase for bands from England—many at the earliest stages of their careers—the club was notorious for nurturing talent like the B-52s, The Cure, Johnny Thunders, Klaus Nomi, Tuxedomoon, 8-Eyed Spy with Lydia Lunch, Mission to Burma, The Ramones, Bauhaus and many others.

George DuBose would often go out after his workday apprenticeship for two Manhattan fashion photographers and document the scene at various nightclubs. Hurrah’s, Max’s Kansas City, the Mudd Club and Studio 54 were all his turf. Photographing the B52s debut concert at Max’s led DuBose to a career as an art director and photographer for over 300 covers of music packaging. His clients ranged from the Ramones (12 years and dozens of covers) to the Notorious B.I.G.’s first professional photo shoot.

For Howl!, Dubose presents video projections of color and black and white images taken by George DuBose at the legendary nightclub. The images include performance images of Klaus Nomi, Chris Spedding, Richard Strange and Pylon from Athens, Georgia. Also included are photos of celebrities and soon-to-become celebrities.

I never take it as an insult when people say they don’t like an idea, says Dubose. I take pictures for the artists and I don’t forget that. It’s a poignant truth that has defined Dubose’s career and his success as one of music’s best-known photographers, a man who captured new wave, punk, and hip-hop with an uncanny eye. —Fact Magazine 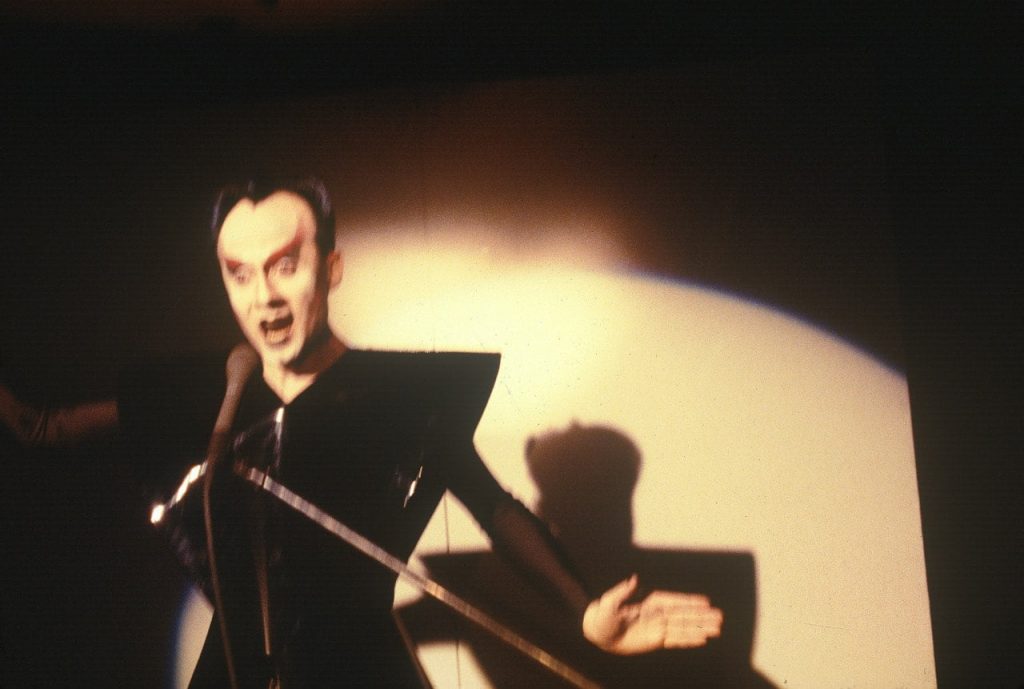