Howl Arts/Howl Archive is delighted to present a live performance by Female Genius, the trio of multi-instrumentalists Julie Hair, Marnie Jaffe, and Nikki D’Agostino in concert. The performance will include pieces from their recent vinyl released on Howl! Records, as well as new material. They will be joined by surprise guests in their orbit.

The band’s collective, intuitive spirit is expressed in this artistic statement:

We, as Female Genius, work outside of the typical, striving to create connections through chance, habit, and the subconscious. Our work is structured yet amorphous, flippant yet potent, disquieting but nourishing.

Our “musicality” is not the connective tissue that keeps us together as a music making collective. Rather, we draw on friendship, respect, and shared history to express and understand our place in this world.

Performance art and indeterminacy find a place here. The chance element of this event will affect us as well as the audience.  We will become an audience to ourselves. 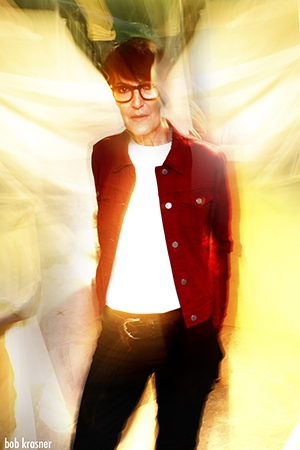 In an artistic practice spanning decades, Julie Hair explores personal and political issues such mental illness, addiction and the military industrial complex through varied materials and mediums ranging from screen printed wallpaper to metal work and video. In her first year in New York she created an installation for the pivotal Times Square Show, followed by a guerrilla installation with David Wojnarowicz that included bloody cow bones in the stairwell of the Leo Castelli gallery. She also worked with Lucy Lippard and others to create P.A.D.D – the pre-digital Political Art Documentation and Distribution archive for political art.

Julie began experimenting with music in the 1980s with the art rock band 3 TEENS KILL 4 and decided that this form of expression would work for her, having the added benefit of not filling up her tiny East Village apartment. She continued to create and play music with diverse outfits like anarcho-post-punk marching band, The Hungry March Band and Glen Branca. She currently plays with and writes for Isolation Society and Female Genius and others and makes art for art’s sake, as well as videos, props and merch for her projects. 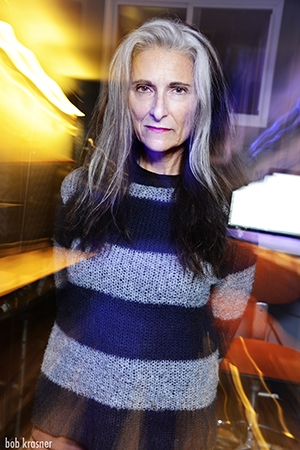 Marnie Jaffe (nee Greenholz) has been involved in the New York City and Brooklyn art community since 1978, when she moved to attend graduate film school at NYU. She collaborated with dancers and musicians designing multi-projector slide installations at clubs and art venues including the Kitchen, The Collective for Living Cinema, Danceteria, The Pyramid Club and Limelight. From 1980 until 1988 she played bass and sang with the alternative (noise) band Live Skull. She co-wrote songs for the band and released albums on the labels Homestead and Caroline Records.

In 1993 she moved to Cincinnati and had her daughter Noa. She also became the founding member/bass player of The Fairmount Girls and put out the record Seven seconds from anywhere, as well as winning best local band for 2 years in a row from the Cincinnati Enquirer.

She received her MFA in Performance and Interdisciplinary Media in the Arts (PIMA) from Brooklyn College in 2017 and along with artist/musician Julie Hair, she started the art rock band Female Genius. She currently continues to work as a teaching artist and is recognized as a creative force. 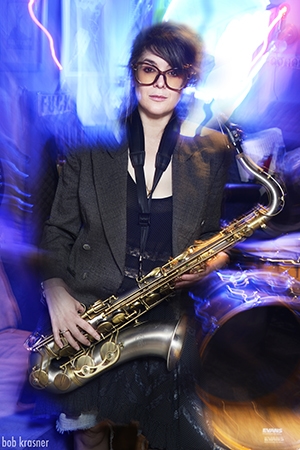 Nikki D’Agostino is an award-winning “wildly creative” composer, musician, conductor, educator, and multi-disciplinary artist, Nikki D’Agostino has both performed and had her works performed nationally and internationally. She received her B.A. from The University of North Texas in 2004 after studying with Joseph Klein, Phil Winsor, and Joseph “Butch” Rovan, before pursuing her M.M. in Music Composition (2008) at CUNY Brooklyn College to study with Amnon Wolman and George Brunner.

As an educator, Ms. D’Agostino has given lectures on topics ranging from musicology to performance practice as well as holding a position as an Adjunct Professor at CUNY New York City College of Technology in the Emerging Media program. Compositionally, Nikki is currently focused on publishing a book of scores and recording an album of works using a notation system she developed to allow both performer and composer/conductor creative control. As a “beautifully brash” saxophonist, synthesizer enthusiast, and sound artist, Nikki performs actively in the NYC music scene in several groups ranging in style from indie pop to harsh noise. 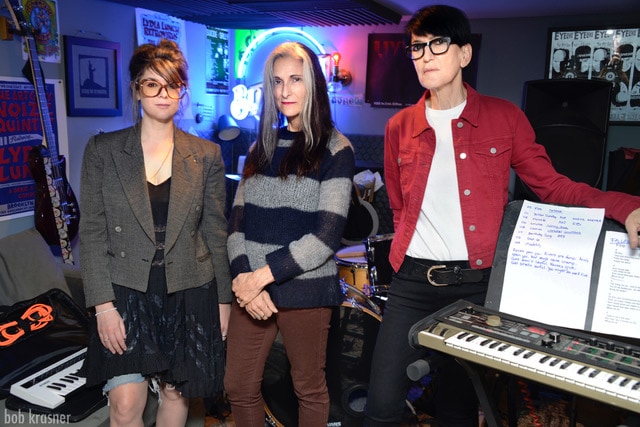