Every Tuesday Night in April at 8 PM

Miss Balint has her own film-noir sensibility as a songwriter. She puts arty twists into back-alley Americana…but the cleverness is not the point. She slips inside her characters to project their restlessness and longing. — Jon Pareles, The New York Times

Howl! Arts is pleased to present singer-songwriter Eszter Balint and Friends, another in its monthly series of intimate concert evenings. Balint will present songs from her three critically acclaimed solo albums—Flicker, Mud, and Airless Midnight—as well as a song cycle and monologue excerpts from I Hate Memory, co-written by Stew. Balint is accompanied by Chris Cochrane and Marlon Cherry. Special Guest—poet extraordinaire—Bob Holman will be also be reading. Tuesdays in April at 8 p.m., streaming on Howl TV.

A woman who was nurtured in the very heart of the downtown art, performance, and music scenes, Eszter grew up as an acting member of the avant-garde theater company Squat Theatre. She has acted in movies by Jim Jarmusch (alongside David Bowie), Woody Allen, and Steve Buscemi, and appeared in Louis C.K.’s TV-show Louie (FX).

A seasoned musician, she has performed as featured violinist or vocalist with countless groundbreaking artists on albums, live performances, and projects. Balint has worked with Michael Gira’s bands Angels of Light and Swans, John Lurie, Elliott Sharp, Marc Ribot, and Tammy Faye Starlite. Her music can be heard on several film soundtracks, tribute albums by John Zorn, and more.

Airless Midnight roams the streets of the psyche after dark. These are songs Raymond Carver couldn’t help but dance to. —Dave Cantrell, Stereo Embers

Balint is currently at work on a new album and a theater-musical and film with songs co-written by Stew (known for his theater pieces Passing Strange, The Total Bent, and Songs of a Native Song, and his band The Negro Problem). The show, which was set to open at Dixon Place in late March 2020, has been postponed due to the Covid pandemic.

Chris Cochrane is a guitarist, songwriter, and improviser who has been playing in-and-around New York City since 1982. Among many others, he has played with Zeena Parkins, Brian Chase, John Zorn, Gelsey Bell, the band Church of Betty, and Eszter Balint (as her ongoing guitarist). He has worked with choreographers Ishmael Houston-Jones and John Jasperse, and collaborated with writer Dennis Cooper and visual artist Nayland Blake. Cochrane has two upcoming recordings this year: No Safety Live in Italy 1994 and a duo project with John Thayer.

Marlon Cherry is a multi-instrumentalist and songwriter who works with various artists and groups including Stew & The Negro Problem, Church of Betty, Terre Roche, and Lusterlit. He has released four solo projects including Elsewhere and Ancient Sound, Modern Dance, available at CD Baby and Spotify and other streaming services. Cherry is also on staff at Barnard College as a modern-dance class accompanist. 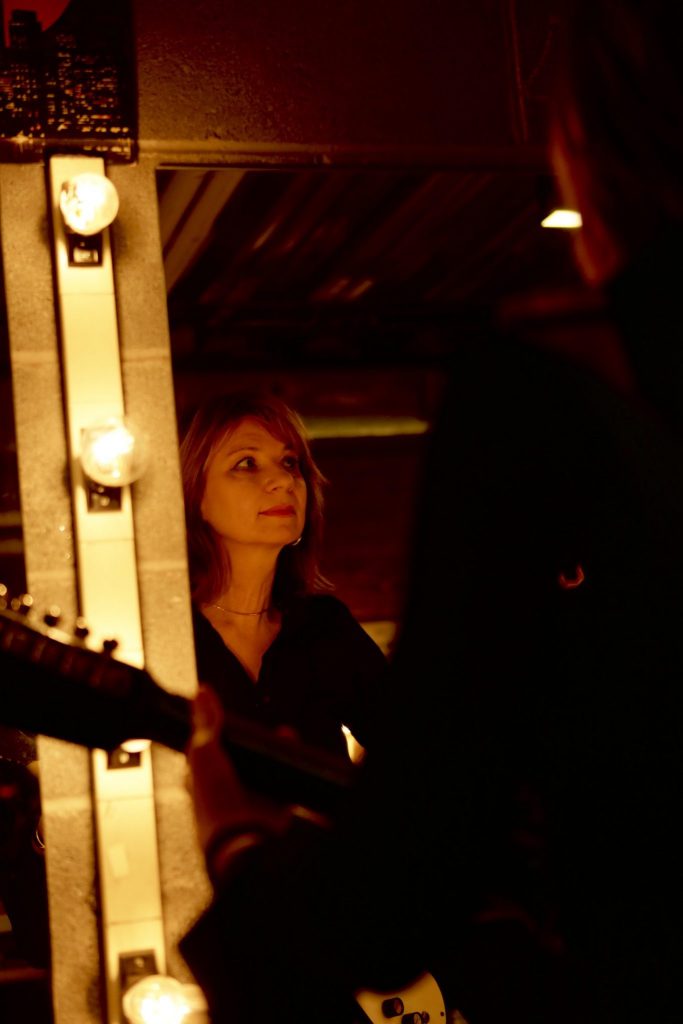