Howl! Happening: An Arturo Vega Project is pleased to showcase the work of Curt Hoppe, an artist whose work amplifies and illustrates Howl’s dedication to preserving the past and celebrating the contemporary culture of the East Village and Lower East Side. Downtown Portraits explores Hoppe’s work as a photographer and realist painter—penetrating layers of cultural history to reveal the changing faces of the neighborhood. The 105 photographs in the series will be shown at Howl!, while 20 larger-than-life paintings will be shown at Frank Bernarducci Gallery.

Hoppe, a realist painter and photographer, has enjoyed a successful 40-year career driven by meaningful relationships with pioneering downtown creators. While many of the artists, writers, musicians, activists, and art entrepreneurs appearing in the photographs that make up the series at Howl! are now well known, this project is conceived not as a hall of fame but as personal homage. Hoppe has been inspired not only by his subject’s youthful achievements but also by their lifelong perseverance and creativity. These are definitely not images of beautiful young creatives, but rather visions of determined survivors who continue to influence our culture.

“It all started with Arturo,” says Hoppe of the late Arturo Vega, his longtime friend. Howl! will also feature Hoppe’s larger-than-life painting of Vega—who was not only the source of inspiration for Howl! Happening—but also Hoppe’s first portrait in the Downtown Portraits series.

What began with one large realist painting has become an all-consuming project that Hoppe has pursued for nine years. As a long-time denizen of downtown New York, Hoppe pays tribute to the core group of artists who offered him friendship and direction when he first arrived in the city in the mid-70s and who continue to inspire and define him today, both as artist and member of a vibrant and enduring creative community.

“I want this exhibition to be forward-looking,” he says. “These artists found a way to survive and to thrive, and their wisdom continues to have a profound impact on today’s culture. We’re cooler now than we were back then. Our lives are on our faces.” The famous hang side by side with unsung heroes. His project is not about vanity or celebrity or self-promotion, but rather, like a yearbook of friends one hung with, learned from, and created mischief with, the show traces the lines of connection of some of the most influential creators of our time including John and Charlie Ahearn, Penny Arcade, Patti Astor, Beth B, James Chance, Diego Cortez, Brett DePalma, Jane Dickson, Coleen Fitzgibbon, Richard Hambleton, John Holmstrom, Lady Pink, Arto Lindsay, Colette Lumíère, Tom Otterness, Walter Robinson, Marcia Resnick, and Robin Winters, among others.

The accompanying catalog, featuring the photographs and paintings along with essays by Marc H. Miller and Walter Robinson, among others, examines the cultural themes and community that were the hallmark of downtown New York in the 70s and 80s.

Image: Arturo Vega with his portrait– Acrylic on Canvas 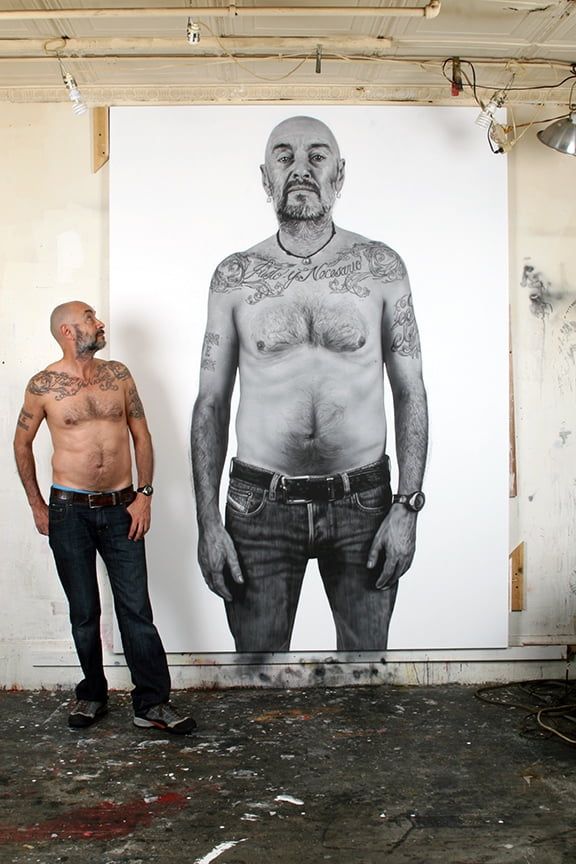 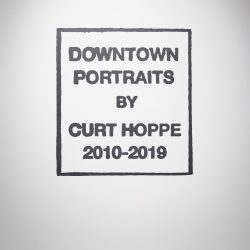 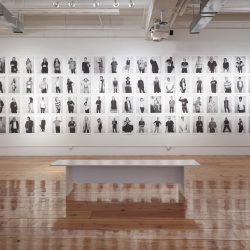 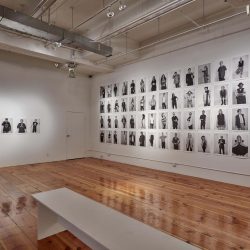 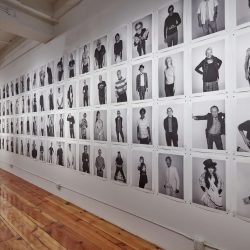 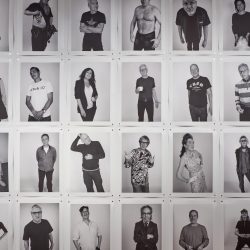 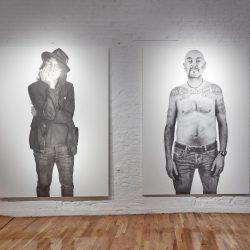 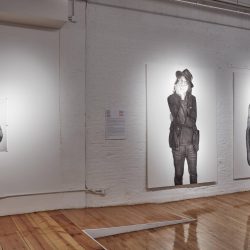 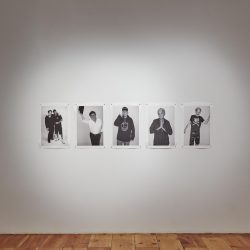 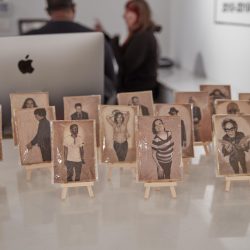