As I look back at the 70s and 80s, I knew that everyone was on a high of inspiration, creativity, sex and passion. Life was music, life was art, and life was fashion from your soul. It was never NO. It was let’s GO! —Joey Arias

Bobby Miller narrates the behind the scenes stories captured in his book of photographs, A Downtown State of Mind, when New York City’s nightlife scene was at the height of its glory. His photographs capture the period in New York when punk and new wave exploded in the clubs and hipsters made their own extravagant statement through music, fashion and art. Miller also reads from the Introduction of the book by beloved authoress, editrix and female-dominant icon Terence Sellers.

From the glitter of punk to new wave, we rocked dizzily driven by dreams and drugs the last hurrah of a pre-AIDS, pre-greed, pre-911 generation. —Cherry Vanilla

Most people think going out every night is great fun and games, but going out night after night with your camera and your conscience in tow is considerably more. Somehow Bobby Miller did have a good time and posing for him was always part of a night out. His photos collected here vibrate with those lovely wild nights. —Debbie Harry

Bobby Miller is a performance poet, writer, actor and photographer. He is the author of four books of poetry: Benestrific Blonde, Mouth Of Jane, Troubleblonde, and Rigmarole. He has been published in magazines and periodicals including Verbal Abuse, VICE, UHF Magazine and The Village Voice. He is included in the 1995 American Book Award-winning Aloud: Voices From The Nuyorican Poets Café; Verses That Hurt: Pleasure And Pain from The POEMFONE Poets; and The Outlaw Bible Of American Poetry. Mr. Miller’s book, Fabulous! A Photographic Diary of Studio 54 with 144 black and white photographs was published by St. Martin’s Press in September 1998. 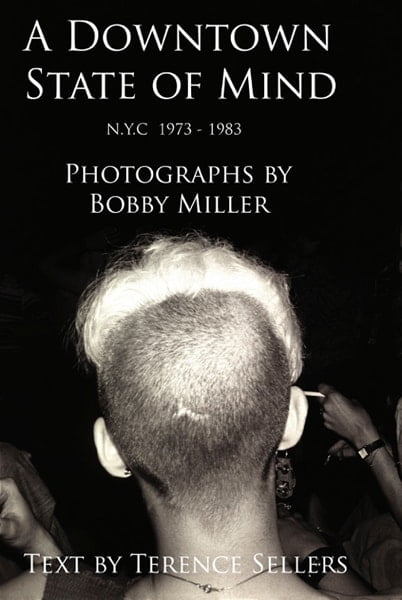