To close out 2017, Howl Happening is pleased to present a special concert by Bear 54 celebrating Brett De Palma’s passionate painting exhibition and the spirit of the Lower Eastside. This evening is marked by a special camaraderie: Ernie Brooks of Bear 54 and bassist for the Modern Lovers, is an old friend of De Palma’s having met in late 60’s Boston when the Modern Lovers played for a party he gave in Jamaica Plain. “The biggest loft I’ve ever seen, the wildest gig we ever did,” says Brooks.

Surrounded by De Palma’s paintings, Bear 54 brings to life the band members’ close collaboration with the late Arthur Russell whose work forms a bond between them and defines a considerable part of the group’s repertoire, both songs and instrumentals. Russell’s life and music was closely tied to the lower east side. The apartment where he lived on East 12th between 1st and A was always full of musicians and poets. For years when Russell couldn’t afford to pay his electric bill, he kept the power on by rigging an extension cord that ran down the front of the building and into Allen Ginsberg’s apartment. “The image of that lives for me as a symbol of an era in the East village, says Brooks, “and the spirit that Howl! Arts strives to capture and carry forward—a spirit that informs Brett’s painting as it does this band’s roots,”

About ERNIE BROOKS
An original member of Modern Lovers, he moved to NYC in mid 70’s started long enduring collaborations with Arthur Russell, Peter Zummo, Rhys Chatham, Peter Gordon and others of the downtown music world. He has worked with David Johansen, Glen Branca, Elliott Murphy, Gary Lucas, Chris Spedding, Jerry Harrison and many others, including artist Robert Longo. 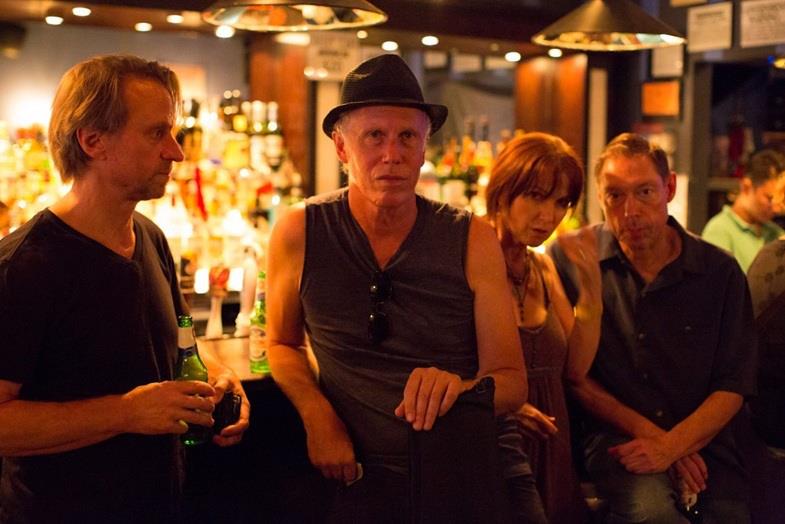