Continuing Howl’s &Friends series, we welcome AMON FOCUS, the founder and creative force behind New York Said, a multidisciplinary project with a mission to document and preserve the “writing on the wall” hidden in plain sight throughout the five boroughs. For over a decade, Amon has photographed over 2,500 statements written on every imaginable surface. His New York Said podcast boasts more than 200 long-form conversations with native and notable New Yorkers.

Collaboration to me is a meeting of the minds. It isn’t forced or even planned most times. It is when one or more people come together to make magic happen. Many of the collaborations I’ve participated in over the years are like a beautiful potluck. The food at a potluck is rarely the focus, but the stories that are attached to these dishes enhance the overall experience. If everyone is eating well and enjoying each other’s company, that to me is an indication that the creative collaboration was a success.
—Amon Focus

Amon’s photography and film projects have been featured in venues throughout New York City. Project highlights include an archival screening of his film Arturo Vega, The Last Interview at Howl! Happening; shooting for New York Fashion Week; and a New York Said fifth-anniversary photography exhibit. Amon is also a consultant for destination-marketing organizations throughout the country and has worked as creative producer and camera operator on hundreds of tourism-related productions.

About Lori Zimmer
Lori Zimmer is a New York-based author represented by the Levine Greenberg Rostan Literary Agency. Her books include the forthcoming Art Hiding in Paris: An Illustrated Guide to the City of Light (Running Press, 2022), Art Hiding in New York: An Illustrated Guide to the City’s Secret Masterpieces (Running Press, 2020), The Art of Spray Paint: Inspirations and Techniques from Masters of Aerosol (Rockport Publishers, 2017), and The Art of Cardboard: Big Ideas for Creativity, Collaboration, Storytelling, and Reuse (Rockport Publishers, 2015). She has written text featured in the books Own Your Awkward: How to Have Better and Braver Conversations About Your Mental Health, by Michelle Morgan (Welbeck Publishing Group, 2021), and Still New York: A Forced Slumber in the City That Never Sleeps, by Logan Hicks (Logan Hicks Studio, 2021). Zimmer consults as an artist liaison in copyright infringement cases for Kushnirsky Gerber PLLC, and spent 12 years as an independent art curator—curating over 50 exhibitions and projects before retiring to focus on writing.

About Helixx C. Armageddon
Helixx C. Armageddon is a storyteller intrigued with the human condition. She is a performance artist who weaves together poetry, music, and fashion to shift her audiences from observation to participation.

Known for impassioned performances, Helixx channels a space for community, connection, and dialogue. For her, words are powerful and create more than narrative: words create action and momentum towards a more just world.

About Anthony Artis
New Yorker Anthony Artis is a catalyst who empowers cultural and community-based collaborations that tell stories of excellence.

Anthony holds a BFA in photography from Parsons School of Design and is based in New York City.

About Destiny Mata
Destiny Mata is a Mexican American photographer and filmmaker based in her native New York City as she focuses on issues of subculture and community. After studying photojournalism at LaGuardia Community College and San Antonio College, she spent 2 years as Director of Photography Programs at the Lower East Side Girls Club Mata and has had work published and featured in Teen Vogue, Vice’s Noisey, Vibe, The Source, and Mass Appeal. Mata has recently exhibited La Vida En Loisaida: Life on the Lower East Side at Photoville Festival 2020. She has taken part in a group exhibition at ICP Concerned Global Images for Global Crisis at the International Center of Photography 2020, Mexic-Arte Museum, Young Latino Artists 21: Amexican@ 2016 and in 2014 she exhibited photographs of the aftermath of Hurricane Sandy at the Museum of New York City’s, Rising Waters: Photographs of Sandy exhibition. 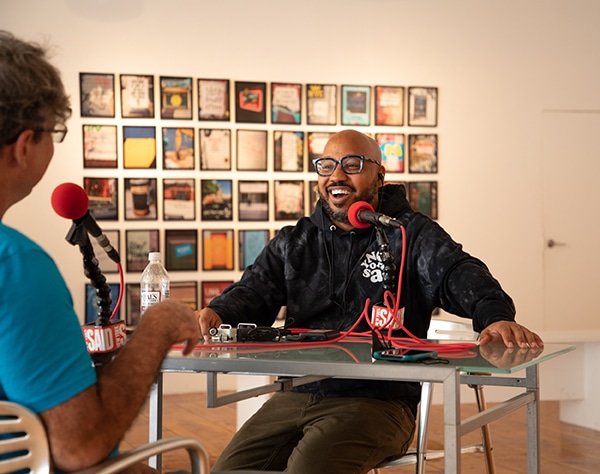