With Alice Moy, Cornelius Loy, and Music by Samoa

Kembra Pfahler is a punk rocker, screen goddess, curator and performance artist who moved from Los Angeles to the East Village in the early 1980s. Over the course of her time in New York, she’s modeled for Calvin Klein, sung lead in theatrical death metal band The Voluptuous Horror of Karen Black, and created performances based on Anti-Naturalism and Availabilism, the tenet of which is making the best of what’s available to create performances—as an expression of an ineffable part of oneself.

Rebel Without a Cock is an epic-length Karen Black song from the album “Fuck Island.” This work uses classic rock like the bread and the performance art aspect like the butter. “It makes the sharing of this work a little happier and less austere,” says Kembra as she describes the album as “having the worst titles she has ever come up with” and looks forward to putting them all onto t-shirts. She feels that a show is only as good as the t-shirt and says she would “prefer to wear a Rebel Without a Cock t-shirt to an Annie or Chicago t-shirt. When pressed to further explain the content of this performance she recommended “it would be better to know as little as possible about the performance so as to be more surprised.” Participating in the performance are Samoa, co- founder and lead guitarist of The Voluptuous Horror of Karen black and band member Alice Moy. An artist, Samoa will be having his first solo painting show at Howl! Happening in January 2018.

Pfahler’s work has been included in solo exhibitions at Deitch Projects, P.S.1 Contemporary Art Center, and The Hole, New York, NY; Rove Gallery, London, UK; and hpgrp Gallery, Tokyo, Japan. She was a featured artist in the 2008 Whitney Biennial. She will have a solo exhibition at the Leopold Thun gallery in London opening November 2016. She has toured and performed extensively with The Voluptuous Horror of Karen Black throughout the world and her extensive body of film work is housed in the Fales library at New York University. In 2014 she developed “Performance Art 101,” a curriculum that she has taught at prestigious educational institutions like CalArts and elsewhere. Pfahler’s work has been discussed in The New York Times, W, and Rolling Stone, among other publications.

TICKETS: $30 suggested donation. Includes a reception with the artist 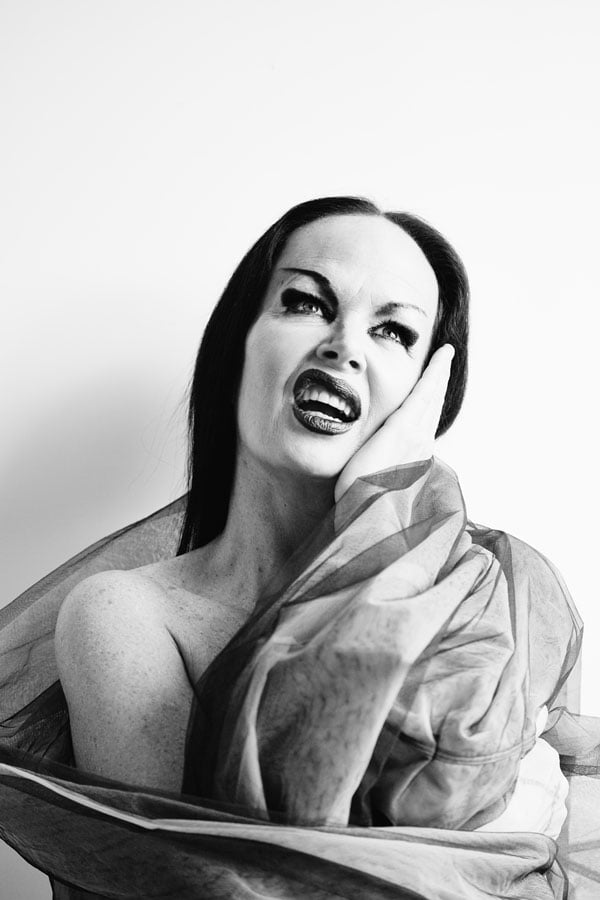