Litteer started the series more than a decade ago to highlight women that walk a bit off the beaten path and color outside the lines—“my sisters with a downtown state of mind…rebels, revolutionaries and rock stars!,” as Litteer describes them.

Bringing together women from all disciplines in the arts to explore new ideas, read out loud, and let the inside animal out, Litteer has cultivated a safe environment for expression, risk taking, and literary freedom from societal restraints.

“It’s a place of no judgment,” says Litteer, “where women from diverse threads in the culture can meet and speak to each other and where they are free to voice their lived experience.”

Even more relevant today than when she began the series, W.O.(e).R.D started within the Antagonist Art Movement reading series in 2007, curated by Ethan Minsker of Psycho Moto Zine. In 2010, it migrated to Wild Project, where Jo Weldon and Litteer collaborated on hosting and curatorial duties. Heather is part of the HOWL! Happening family, and we are happy to showcase the series this summer. READ OUT LOUD!

Heather is the W.O.(e).R.D Woman of Experience Read Downtown creatrix, curator, and host.

About Heather Litteer
Heather Litteer is an actress and has been a vital member of the downtown performance, alternative cabaret, and indie film scene. She is the recipient of the 2017 HOWL! Arts Fellowship, and The William and Eva Fox Foundation and Theatre Communications Group Fox Fellowship in conjunction with La MaMa Experimental Theatre Club. She wrote and premiered her one woman show Lemonade at La MaMa. Lemonade went on to the Afterglow Festival in Provincetown, Special Effects Festival in New York City, and 2017 Edinburgh Festival Fringe. This summer, the show will be presented at the Playmill 18 festival in London. Litteer is a member of Caden Manson’s critically-acclaimed Big Art Group and of the legendary arthouse performance nightclub The Jackie Factory. She is the producer of W.O.(e).R.D Woman Of Experience Reads Downtown.

About Chi Chi Valenti
Chi Chi Valenti has spent over three decades shaping and chronicling New York City’s nightclub demimonde. Since 1980, she’s participated in alternative nightlife as producer (Jackie 60, Night of 1000 Stevies), journalist (The Village Voice, Details, Interview), venue owner (Mother), doorperson (The Mudd Club), and publisher (Verbal Abuse Magazine, The Motherboards NYC). With her husband Johnny Dynell, Valenti formed The Jackie Factory in 1990—a creative collective that produced the weekly Jackie 60 club for a decade and is still active today. Valenti will read from the memoir One Decadent Life, penned by her late dear friend, the literary and fetish icon Terence Sellers, who died in 2016 and is best known for the S&M classic The Correct Sadist.

About Ada Calhoun
Ada Calhoun is the author of the New York City history St. Marks Is Dead: The Many Lives of America’s Hippest Street, and the memoir Wedding Toasts I’ll Never Give.

About Jo Weldon
Jo Weldon is headmistress of the New York School of Burlesque and author of The Burlesque Handbook (It Books, 2010). She is a member of the Burlesque Hall of Fame and a passionate sex workers’ rights activist who has lobbied at the United Nations. She stripped her way through college and now teaches stripping at colleges. She is also the author of Fierce: The History of Leopard Print (Harper Design, 2018) and an advocate for big-cat conservation and ethical fashion. She’s probably wearing leopard print right now.

About Pamela Sneed
Pamela Sneed is an American poet, performance artist, actress, activist, and teacher. She is the author of two collections of poetry—Imagine Being More Afraid of Freedom Than Slavery (Henry Holt & Co., 1998) and Kong And Other Works (Vintage Entity Press, 2009)—and the chapbook Lincoln (2014). Her poems and monologues have been anthologized in The 100 Best African American Poems, edited by Nikki Giovanni. Recent publications include work in Best Monologues from Best American Short Plays and Future Perfect. 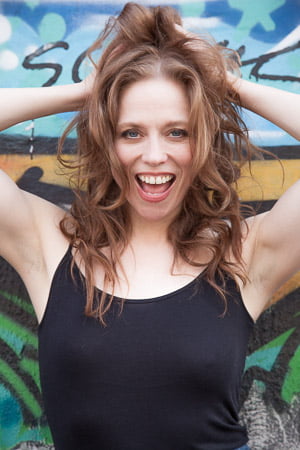 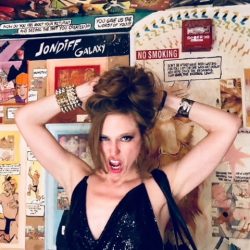